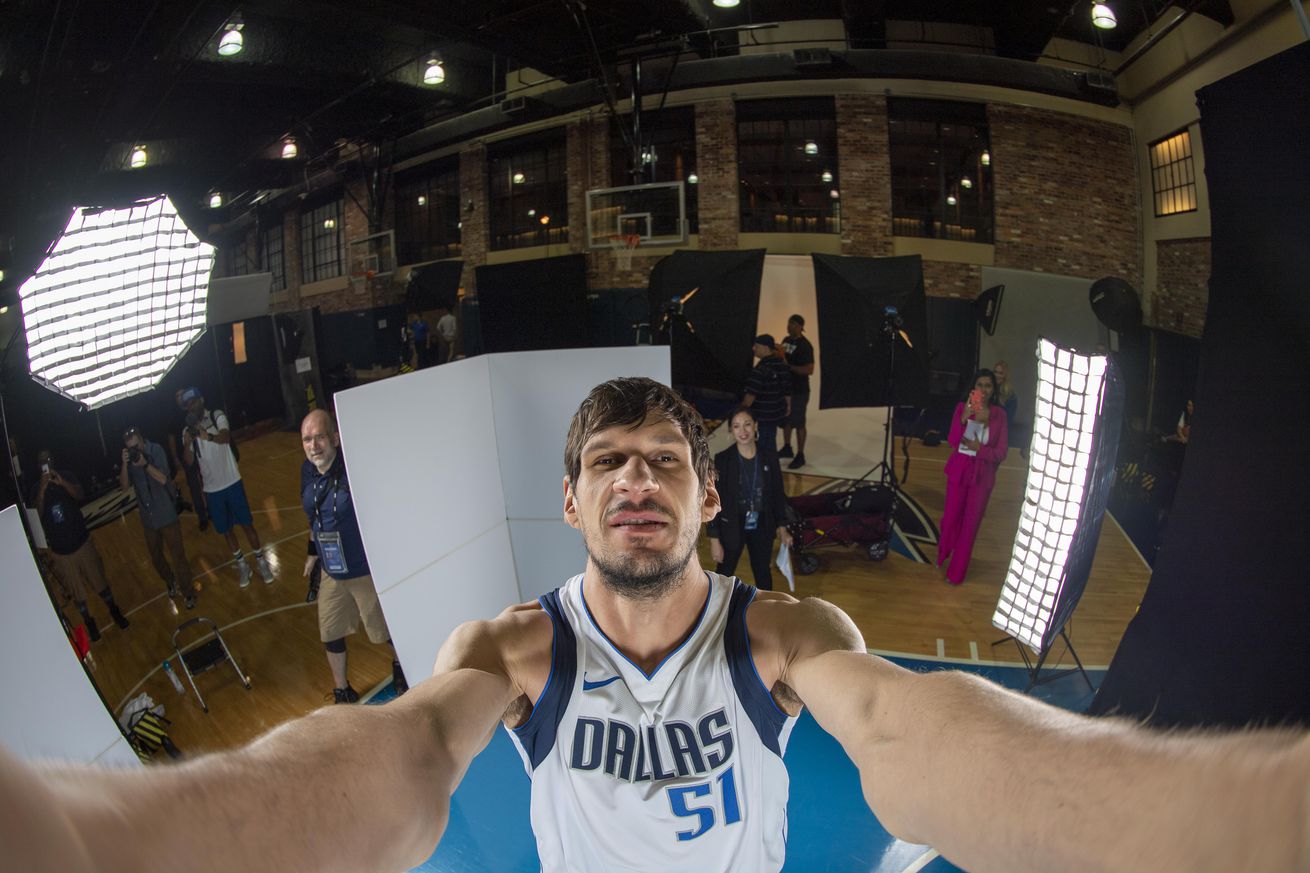 The jovial big man could be a unifying presence on a new-look Dallas team.

This summer the two tallest active NBA players signed with the Dallas Mavericks: Kristaps Porzingis, officially 7’2.5” without shoes, and Boban Marjanovic, who is a full inch taller at 7’3.5” without shoes. While Porzingis is expected to play a star role this season, Marjanovic is more of a niche signing.

Boban has averaged just under 10 minutes per game for his career, though his per 36 minute numbers are astronomical. The Mavericks have taken to the Serbian big man already, with head coach Rick Carlisle noting, “since he walked through the door six days ago…he’s been a huge breath of fresh air.” His positive attitude and boisterous nature seem welcome on a team that has lacked any truly out-sized personalities.

Carlisle continued, “He’s come in smiling and hugging everyone. He said ‘I land in Dallas and this just feels like a great place, I love it here already.’ That’s a winner. Those kinda guys, you can’t get enough of those kind of guys.”

On Media Day Monday, Boban seemed thrilled to be part of the organization. “I took a breath, I’m so excited to be here,” Boban said. “I like the energy, I feel good vibes, I feel good people. How people treat me, I treat them. I feel comfortable, I feel good from the first moment. This is it.”

When asked what he believes he brings to Dallas, Boban replied, “Whatever the coach wants from me, I’ll give my best…this is it, enjoying basketball, it’s so much fun, we love to do it, and I’m looking forward to the first game.”

Additionally, Boban’s been working on a three point shot, which he unveiled during the 2018-19 season. He shot 40 percent on just 10 tries. When asked how he took the news that he could take a three if the shot presented itself last season, he joked, “when I heard that news I was like ‘YEAH’. Maybe I am the best shooter in the world?” Whether Rick Carlisle encourages his shooting is something keep an eye on.

Apparently, Boban and Porzingis have found themselves on the same team a few times during early pick up runs. When asked whether that might be something fans see this season, Carlisle was non-committal, stating, “If they’re on the roster and active it’s always possible.”

After noting that both he and Porzingis have shared the floor together in preseason, Boban stated simply, “It feels so good to be honest, to have two players of the same height that can move like that. What would the other team think?” It seems unlikely at best, but after the sheer variety of lineups the Mavericks have tried in recent seasons, nothing should be out of the question.

Though the Boban signing initially seemed like one for spectacle, his demeanor and joy could well turn out to be a unifying presence for a locker room with a lot of new faces. He may not play much, but it’s safe to assume Boban will quickly become a favorite for both fans and media alike.