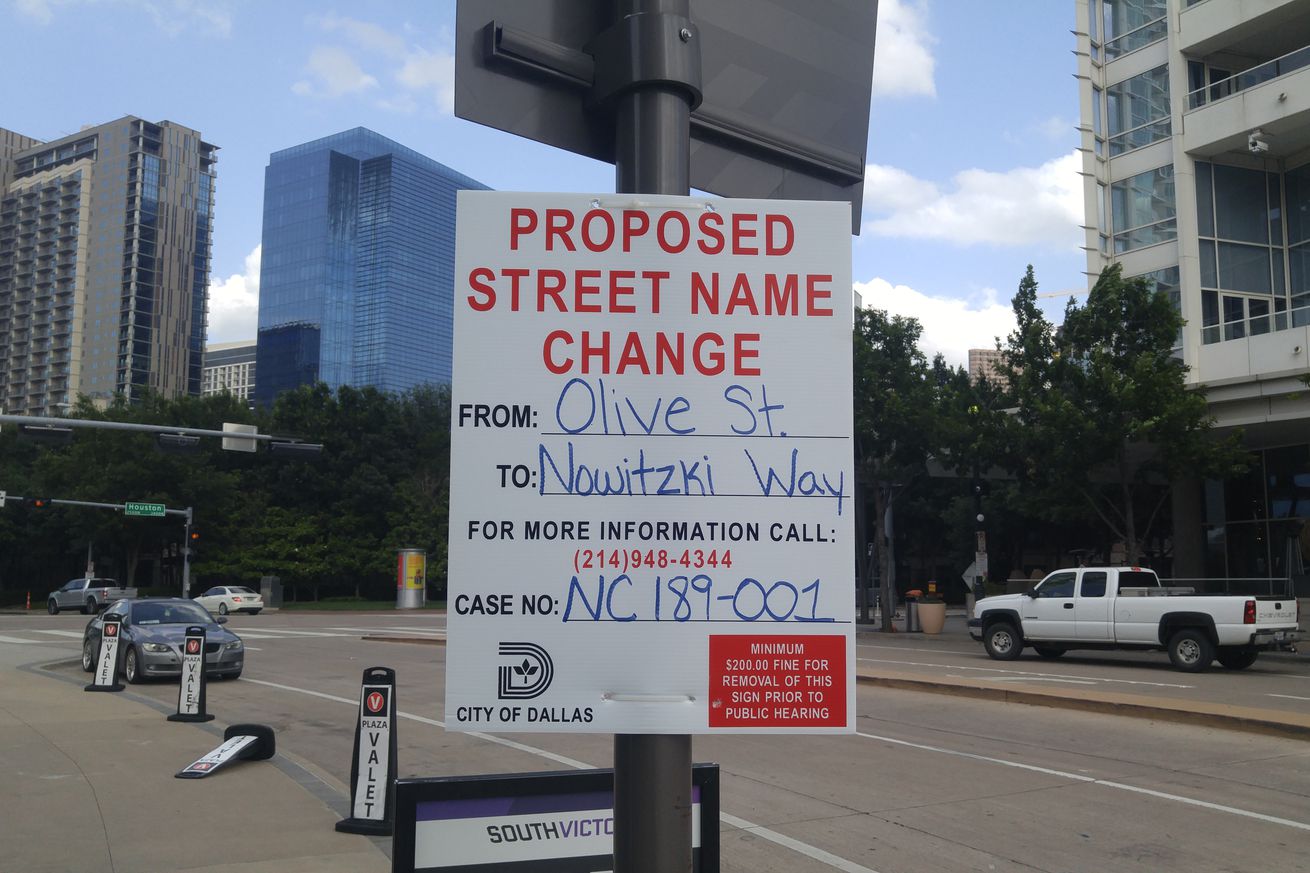 Dirk now has a street named after him.

It’s official. On Wednesday, the Dallas City Council voted in favor of renaming a stretch of Olive Street that runs near the American Airlines Center after Dallas Mavericks legend Dirk Nowitzki. MFFLs can now take a stroll down Nowitzki Way.

in doing so, Councilmember Adam Medrano had to introduce a motion waiving a city rule that required a person to be deceased before a street could be named after them.

“I’m not going to say that this is the first time we’ve ever [named a street after someone living],” Medrano said. “I’m not sure. It doesn’t happen often. I figured this would be an easy one to get through.”

Medrano, whose district encompasses the AAC, spearheaded the movement to name a street after Dirk. After coming up with the idea in 2018, he waited until Nowitzki made his retirement official at the end of last season before getting the ball—and paperwork—rolling.

A surprised guest attended the meeting to represent the Mavericks and Nowitzki. Jason Terry, Dirk’s long time teammate and new assistant GM of the Texas Legends, thanked the council for supporting Dirk.

“We reached out to the Mavericks because we wanted some representation from the Mavericks here just to say, hey they support it, Dirk supports it. I can say it,” Medrano said. “Dave Brown, the COO, who also worked with me in getting this done, trying to make it happen was there and we had a surprise. Today, they sent JET Terry to come and speak on behalf of Dirk and he did a great job.”

At this time, neither Medrano nor Mavericks owner Mark Cuban know when a ceremony commemorating the name change will take place. There are a lot of details and schedules that need to be worked out. But rest assured, Dirk will be on hand when it happens.