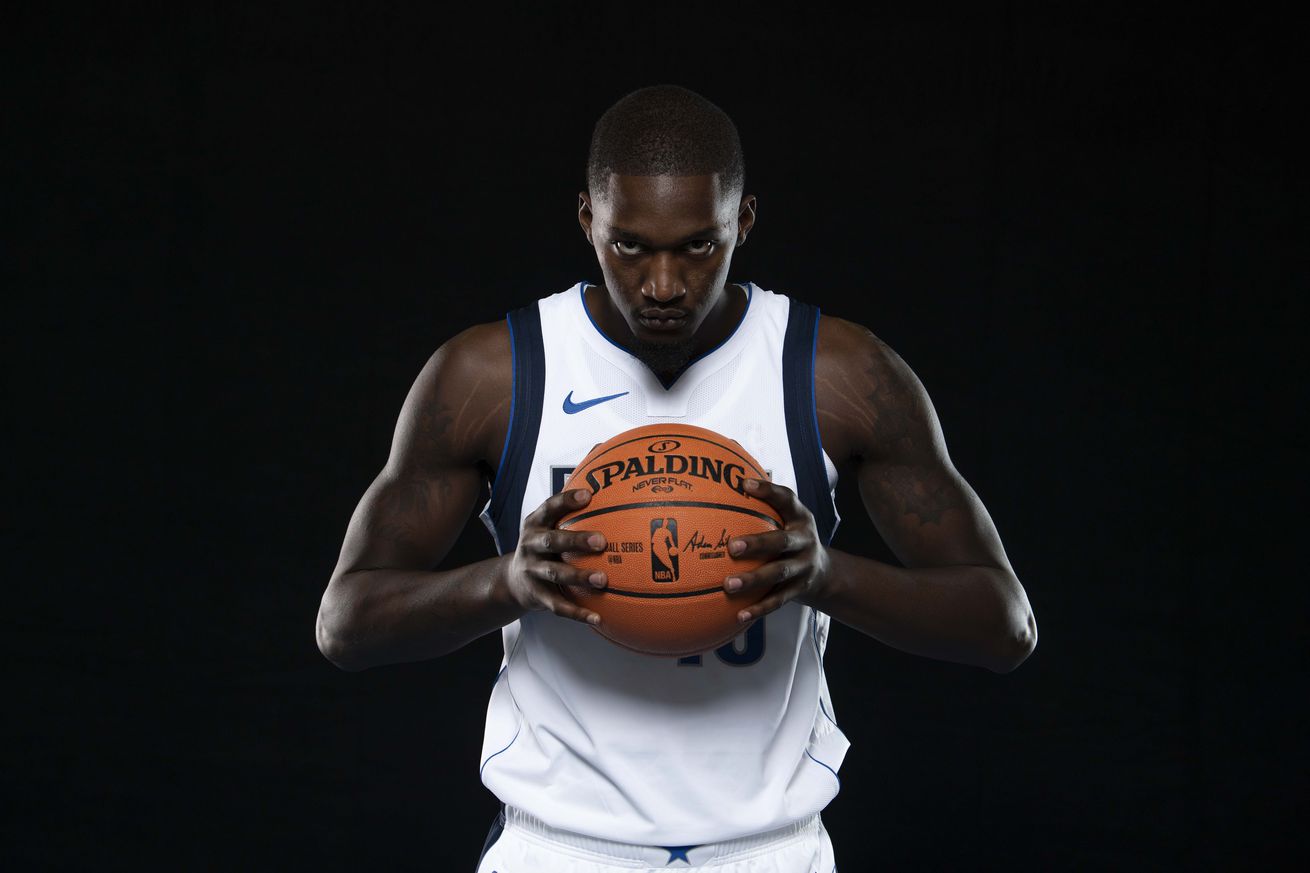 After a career year, Finney-Smith enters the Mavericks’ crowded wing depth with work to do.

Fresh off his third NBA season in which he averaged a career best seven points and five rebounds in nearly 25 minutes per night in a team-high 81 games, Dorian-Finny Smith inked a three-year, $12 million deal to stay in Dallas for the next three seasons. The fact that Finney-Smith has made it to his second contract is a testament in itself considering the forward went undrafted out of the University of Florida before cracking the rotation on a lowly Dallas team.

Even through Finney-Smith’s ups and downs, the Mavericks liked what they saw, risking very little to keep their undrafted find around. Now, Finney-Smith enters a crossroad in his career. The Mavericks are poised to take the next step, but is he?

When Finney-Smith is in a groove, there are few players on the Mavericks as versatile as he is. Able to guard four positions, the 6’8’’ wing uses his length strategically, elevating him to one of the best defenders on the team. And on offense, save a Luka Doncic step back or no-look pass, few plays electrify the arena like a Finney-Smith put back jam.

However, the problem is consistency. Take last year for example. Finney-Smith started the season on a tear, connecting on 40 percent of his threes from October to December 10. But from December 12 on, he canned only 26 percent of his three-point chucks. As a limited creator, Finney-Smith’s ability to stay on the floor hinges largely on his shot. And if the Mavericks do sneak into the playoffs, Finney-Smith will have to become a reliable contributor on the offensive end to make an impact.

If Finney-Smith’s three-point percentage surfaced to around 35 percent, he could be viewed as one of the best value contracts in the entire NBA. Tie that together with his defense and hustle, and the Mavericks could be sitting on a gold mine: a player far outplaying his contract.

After the first training camp practice, Rick Carlisle spoke to the media and mentioned the “likelihood he’d play more four than the three”. Given Finney-Smith’s versatility on defense, he could very well find himself with mismatches on the offensive end, making a reliable shot even more valuable to open up other facets of his game.

All of a sudden the Mavericks, who once had a dearth of wings, have a crowded rotation of basketball players with height. With Justin Jackson, Tim Hardaway Jr., Delon Wright, Courtney Lee and Ryan Broekhoff, Dallas has a handful of players standing at 6’5’’ or taller. If Finney-Smith’s offensive game fails to gain traction in his fourth season, it’s not hard to envision the 26-year-old fading into the background as head coach Rick Carlisle tinkers to his heart’s content.

Given Carlisle’s regular claim that Finney-Smith would be a top-15 pick if the 2016 draft were redrafted today, he should have plenty of leash to take another step forward in his fourth NBA season. Costing Dallas only $4 million per year, Finney-Smith’s contract is cheap and moveable, but the Mavericks lack a true 3-and-D wing, making his season especially one to keep an eye on.