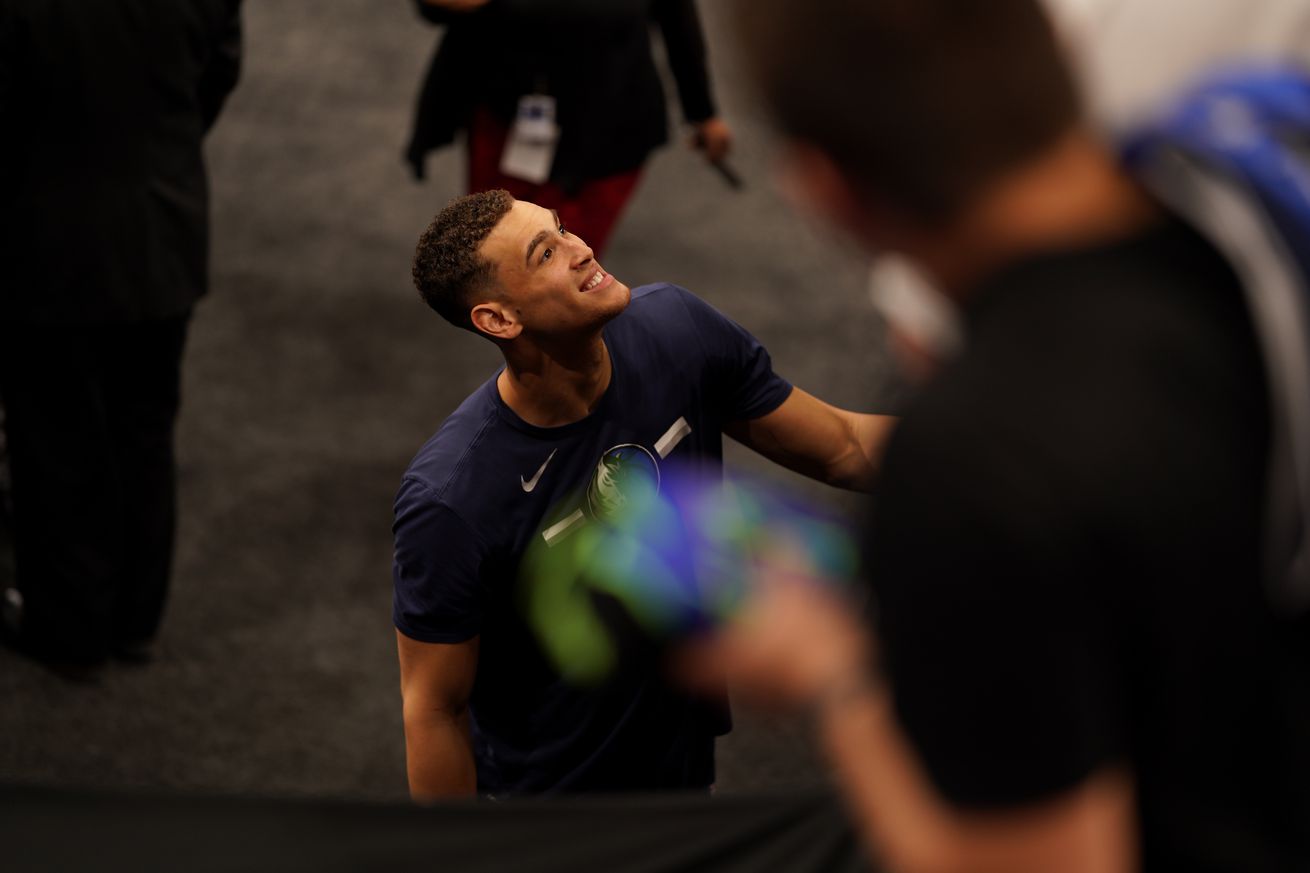 With a brand new contract extension and starting five position up for grabs, Dwight Powell enters a pivotal point in his career.

In December 2014, the Mavericks traded for Rajon Rondo in a move that was intended to make Dallas a top contender for a second NBA championship. We all know how that story played out: heartbreak and anger for almost all involved. While we would love to forget everything about the trade that derailed a promising team, one player has not allowed us to.

Dwight Powell came to Dallas as nothing more than young filler in a trade, having played only nine minutes in his career in Boston. Today, he stands as the second-longest tenured Maverick, behind only J.J. Barea, and one of the league’s most efficient big men. With a new contract and opportunity to become a permanent starter, Powell must continue to play well for the Mavericks to have the kind of sustained success they’d like to see this season.

There are zero questions about Dwight Powell off the court: he’s an A+ teammate who intends to maintain the culture Dirk instilled in this franchise. For the past five seasons, Dwight has been the first guy off the bench to cheer for his teammates and never has shown any grief with his fluctuating minutes. This season, he’ll have the chance to earn some starters minutes However, for the first time the A+ teammate gets a chance to get his.

Paired with a dynamic big man in Kristaps Porzingis and elite ball handler Luka Doncic, Powell is surrounded by talent that he seems to compliment very well. The Mavericks hinted at an increased role for Powell this season by signing him to a new 3 year/$33 million contract extension.

This is where the biggest question lies: can he handle starters’ minutes? Can he maintain the same level of efficiency, effort and effectiveness that he brought to the court every night in his limited minutes?

The best case scenario is truly a fun one. In a perfect world, Powell continues to provide energy and effort around the rim in extended minutes for the Mavericks, all while becoming a leader in the locker room and cementing himself as a permanent starter in Carlisle’s rotation.

Powell’s biggest strength has come in the pick-and-roll, and there aren’t many better partners to run it with than Luka. However, I believe the perfect pairing actually falls within the front-court. Remember how much more effective Powell was in lineups involving Maxi Kleber? A duo that offered Powell a counterpart known for blocking shots and being an effective three-point shooter? Enter Kristaps Porzingis, an upgrade at both of those tasks. No disrespect to Maxi, but KP (if healthy) is an All-Star for a reason.

In a recent interview with The Dallas Morning News, Dwight Powell said of Porzingis:

This duo fits really well together on paper, a combo that allows Powell to play the 4 on one end of the floor and the 5 on the other. And vice versa. Dwight Powell does not have to be a star for this team to be successful, but it is crucial to have players who can perform their roles at an elite level. The Mavericks have done a perfect job of setting up Powell to focus on his specific role, surrounding him with All-Star level talent that he can compliment beautifully.

Outside of the obvious injury scenarios, the worst case scenario is ultimately one where Powell does not elevate his play past what we have previously seen.

The Mavericks invested in Powell again this summer, and believe in the role that he plays within the organization. So if there was ever a season to elevate his play beyond just a rotational player, this is that season. Seth Curry and Delon Wright are in very similar situations this season, and ultimately the Mavericks success will depend on these guys stepping into their roles and elevating their play along the way.

If Powell is unable to deliver, there is a good chance we could see Maxi Kleber get a shot to play next to KP and Luka. Then suddenly that contract looks a little pricey for a big man that comes off the bench.