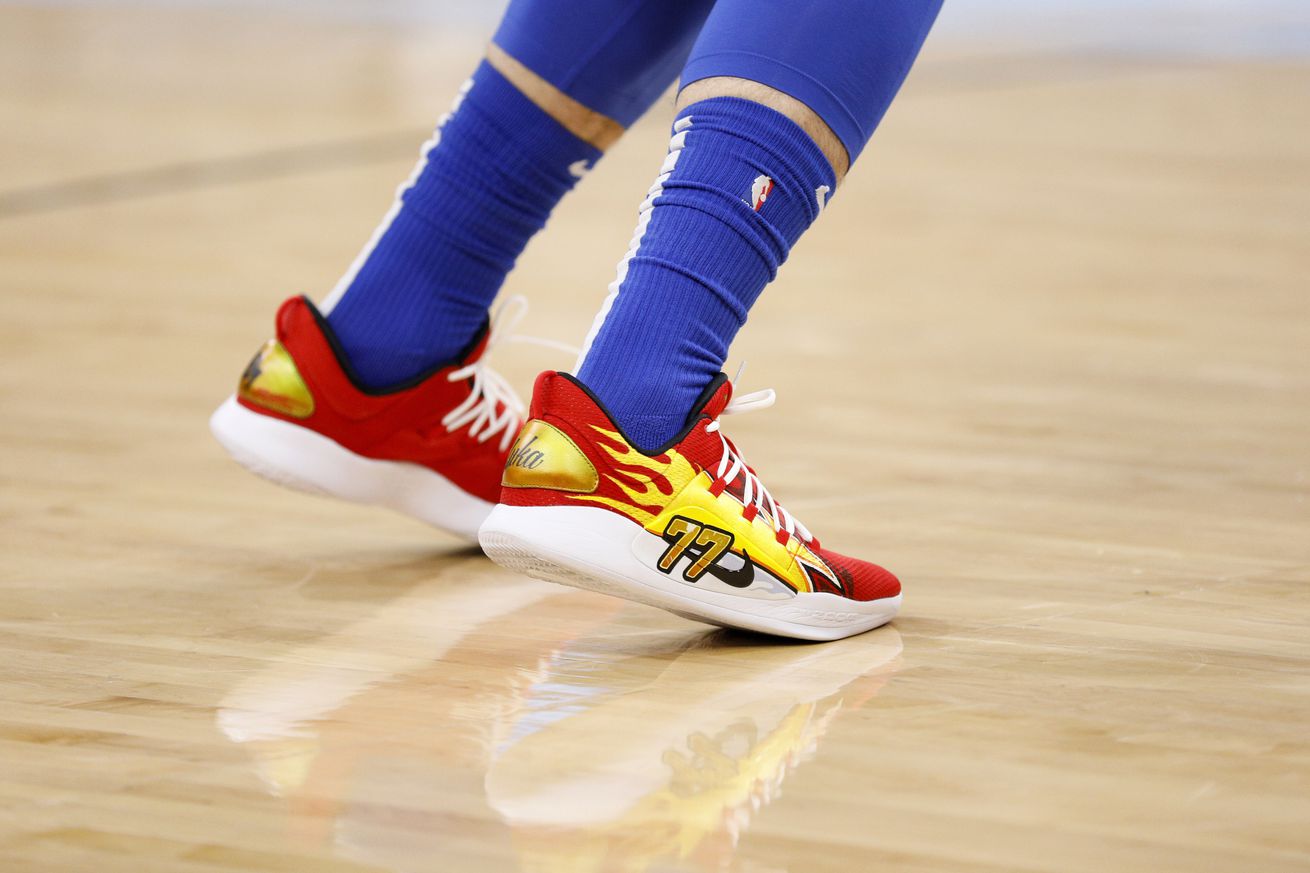 According to Brad Townsend of the Dallas Morning News, Luka Doncic is officially a free agent when it comes to basketball shoes. Per Townsend:

The two-year contract Doncic signed with Nike during his final season at Real Madrid expired Monday. So, too, did Nike’s 180-day window in which it could match the highest bidder and keep Doncic.

As noted in the Morning News (really, read the whole thing), his free agency comes at a perfect time for Doncic. Fellow future superstar Zion Williamson just signed a $75 million deal with Jordan brand (a disappointing view in my eyes, Jordan brand is iconic but also makes boring to bad shoes lately), bad-at-basketball Kyle Kuzma is somehow now the “face of Puma”, and Luka is the reigning Rookie of the Year with more clout internationally than any non-American player in the NBA at the moment, save perhaps Giannis Antetokounmpo whose popularity is based on his success within the United States.

The growth of sneaker culture in the mainstream is the result, in part, of a NBA rule change. Before the 2018-19 season, the NBA tweaked the uniform rules to allow players to play in shoes that didn’t match their uniforms. Luka Doncic took full advantage, often wearing different shoes in the same game. Of course, those pairs rarely matched the Maverick uniform, making the Dallas stand-out stand apart even more.

As a latecomer to basketball sneaker culture, I’ve been fascinated by basketball shoes since my first NBA Summer League (2014-15, I think). The sheer variety of colors and options popped compared to the drab uniforms. When speaking with players, it quickly became obvious their loyalties lay with certain companies then shoes within those companies, like the devotion to Kobe Bryant’s shoes (which I begrudgingly admit are amount the best on the market, year in and out).

He’s also a patron of Kickstradomis and wore these in one of Dirk’s final games.

@lukadoncic Dirk Tribute PEs My bro Luka tagged me in for the last home game of the season which may be @swish41 final game at @aacenter. This @ygtrece pair not only means a lot to Luka and the entire @dallasmavs organization and fan base but also to me. I grew up watching Dirk pull off his smooth post fade aways and clutch threes. Straight legend! . Always an honor to be called in to create some heat for such powerful and impactful moments. . All I can say is, the playoffs are about to get real crazy

Though he let the 180 day matching period with Nike lapse, there’s no reason to think Luka won’t sign another deal with Nike. He seems to prefer the look and style, at least so far as actually playing basketball is concerned. He particularly seems attached to Kobes, as evidenced by the Kobe Protros he wore at the Skills Challenge at All-Star weekend above, these Grinch Kobes, these blue Kobe 4’s he wore at practice just the other day, and these purple Kobe ADs.

Nick DePaula of ESPN once opined on The Jump that it’s not out of the question that Luka eventually get his own signature sneaker one day.

Of course, money talks, and while that may not be a deciding factor for Doncic, it should not be surprising if he takes the highest possible bid and learns to love playing in something different.

This is a niche story to some degree, but it’s worth paying attention to as shoes become a bigger deal. In the mean time, enjoy these insane looking Kobes from Luka yesterday at media day:

NEWS FLASH Although Luka came to Mavs Training camp yesterday in a multi – colored pair of Kobe’s, the reigning Rookie of the Year also become a sneaker free agent as of yesterday. Luka’s 2 year deal he signed during his final season with Real Madrid expired. pic.twitter.com/D6b2b95p8M