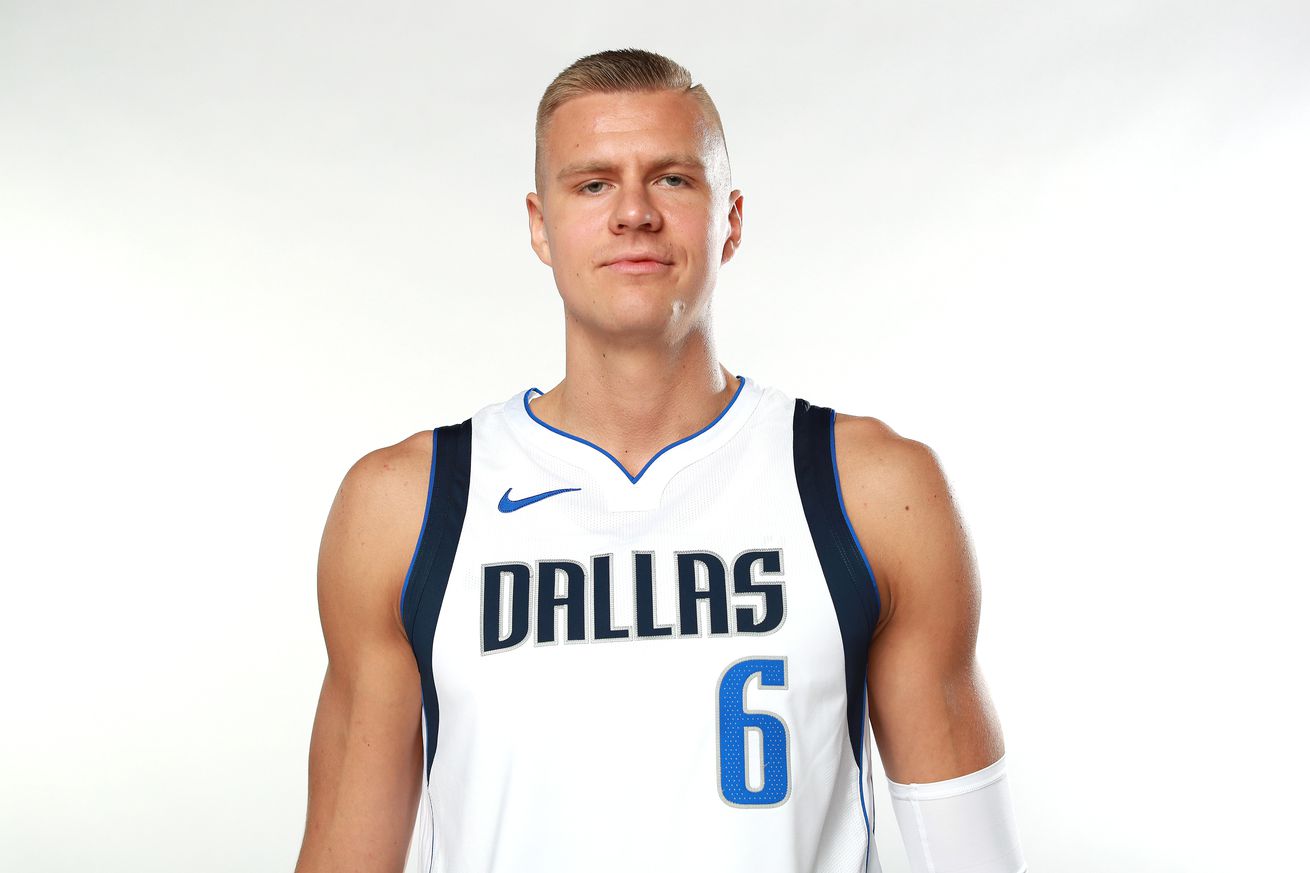 Media day is almost always a fun long day for all involved, filled with optimism and excitement. However with Kristaps Porzingis finally in a Mavericks uniform, this year, in particular, contained a little extra buzz.

The Mavericks pulled off a blockbuster trade back in January to acquire Porzingis, sending over three starters and two future first-round picks, fully confident that the former all-star would be able to fully recover from his knee injury. Although he revealed on Monday that he could have, Porzingis did not suit up for the Mavericks in the remaining games of the 2018-2019 season.

Still, the Mavericks displayed confidence in Porzingis’ work ethic and rehab process, signing him to 5-year max contract this summer. After months and months of rehab, the 242 pound big man is fully healthy and ready to go.

Porzingis has no concerns. “I feel great,” he said to the media. “In my mind, I always wanted to come back when iI was 110%. I didn’t want to halfway do it – maybe I’m good and maybe I’m not so good… I wanted to make sure my body was prepared, to perform at a high level for 82 games.”

When asked about Porzingis’ health and how the Mavericks plan to manage his workload throughout the pre-season, head coach Rick Carlisle said we could expect to see Porzingis in preseason action if all goes well. “I don’t think we’ll play him back to back, that’s what I feel right now, but I’ll talk to Casey (Smith) about that. My understanding is that he is able to participate in camp without limitation.”

In regards to the regular season and if the Mavericks will have load management type restrictions on Porzingis, Carlisle explained, “I don’t know exactly what it’s going to look like. I think it’s conceivable that back to backs are something we look at this season, not playing in back to backs. We’ll see. I don’t know if anything’s been officially determined.”

From Carlisle’s comments, it seems as if there will likely be some sort of plan in place for Porzingis and easing him back into the rigorous NBA season, and limiting participation in back-to-backs most of the year at least. Luckily, the NBA has lowered the number of back-to-backs for each team for the fifth consecutive year, with the Mavs facing 13 on the schedule.

In an interview yesterday on NBA TV, Ro Parrish asked Porzingis what his thoughts were on load management. Porzingis replied, “Me as a competitor, I’m not really excited about that part. I just want to go out there and play, especially with me being out for that long. I have to be smart also, but I feel great physically and don’t want to put any limits on myself.”

Porzingis’ competitive nature is infectious and one that will be hard to keep off the court in a Western Conference where each game can be seen as playoff significant. However, both the Mavericks and Porzingis must keep in mind the bigger picture and his 19-month absence.

With training camp underway, and preseason around the corner, though, Porzingis finally sees the finish line ahead. “It was a long process I’m proud of myself for pushing through the process and doing the work that was needed to do to be at this point now. I just feel like I’ve grown mentally and physically, and am ready to start the season.”