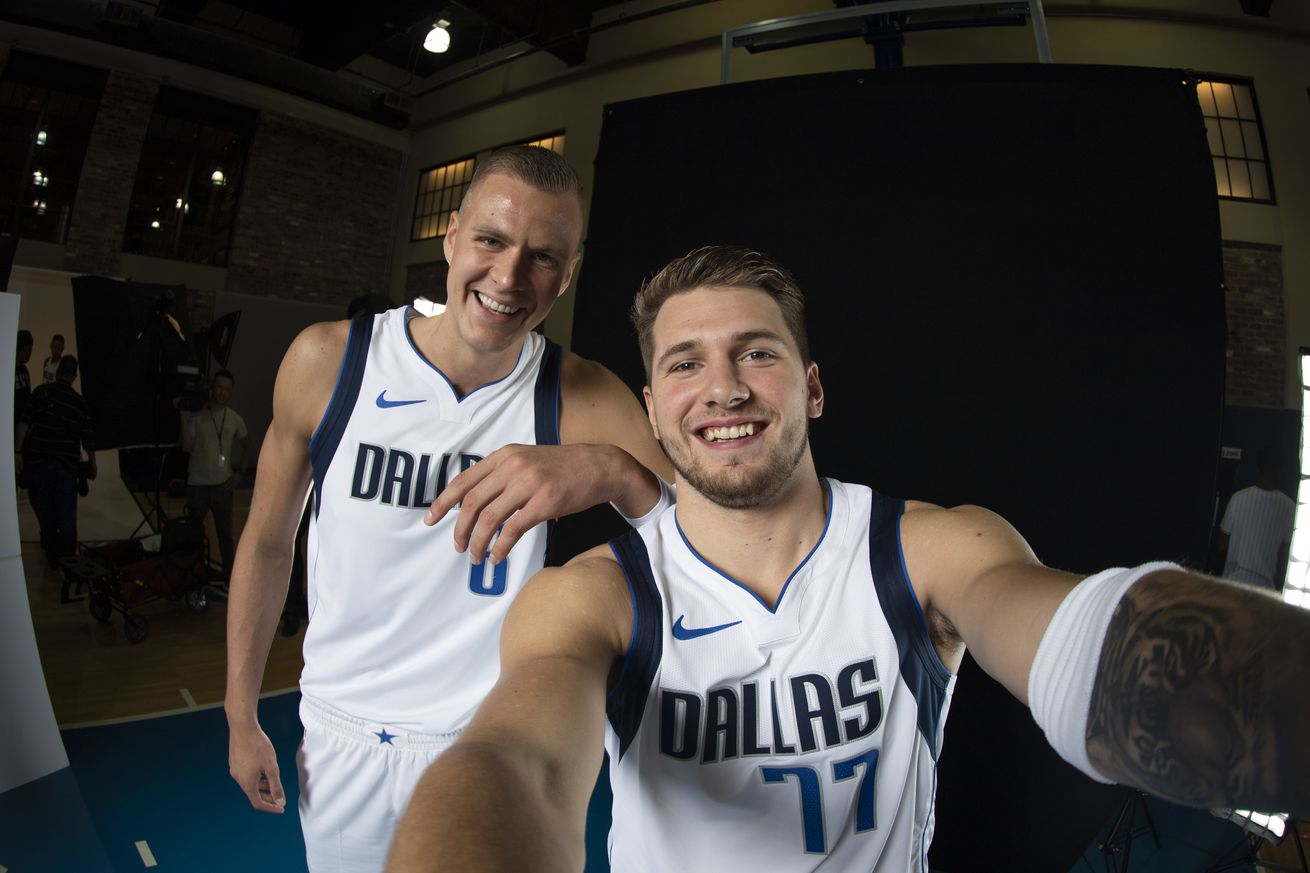 The Mavericks’ future is both scary and exciting all at once.

During Tuesday’s standard media day session with Dallas Mavericks coach Rick Carlisle, a reporter asked, “How weird does it feel without Dirk Nowitzki?”

It’s a simple question that may linger in the background this season for the entire franchise. Carlisle gave a lengthy answer, acknowledging, “It’s real sad on some levels, for sure, but here’s a guy that gave every last ounce of everything that he had to this organization, to this fan base, to all the teammates that he had over a 21-year period.”

Twenty-one years is such a long time. We may never properly contextualize it, but not for a lack of trying. After noting that it would’ve been great to have him back again, Carlisle mentioned the storybook nature of Dirk’s final two games, alluding to his retirement ceremony and the tribute in San Antonio.

A different reporter started to ask a separate question, when Carlisle stopped him and essentially issued a mission statement for the season, “You know, one thing that is a little scary, but also very exciting is this group of guys, led by Doncic and Porzingis, has a chance now to define what ‘Mavericks culture’ is going to be like moving forward.”

While the Mavericks may always be, in part, Dirk Nowitzki’s franchise, with him having stepped away from the game, it’s up to the duo of Luka Doncic and Kristaps Porzingis to make this their team. Despite being young men, they are the example their teammates must follow.

“The coaches are always involved with that. I’m a facilitator,” Carlisle continued, speaking about developing the team’s identity. “The personalities of the players and the level that they commit to a single cause is going to help define them. We talked about the importance of family, that they’re going to have to be a brotherhood. They have an opportunity to chart their own course of how they want this culture, their culture to be defined.”

Their example can become the standard, just as Dirk’s tireless work effort defined the franchise throughout two decades. Carlisle ended with a simple, but powerful edict, “While it’s scary not having a guy like Dirk anymore, the same way it was scary when Reggie Miller decided to retire from the Indiana Pacers, how could you possibly be more excited about the opportunity if you’re a Mavs player right now?”

Though we all wish Nowitzki could play forever, the transition from legend to legends-in-the-making could not be more seamless. In national circles, the Mavericks are somewhat of an afterthought, a late inclusion to the back-end playoff discussion. Doncic, Porzingis, and the rest of the team have an opportunity to shape their own narrative—to define who the Mavericks will be for years to come. Though Dirk Nowitzki still casts a long shadow over the franchise, the young Mavericks could step into the light very soon.