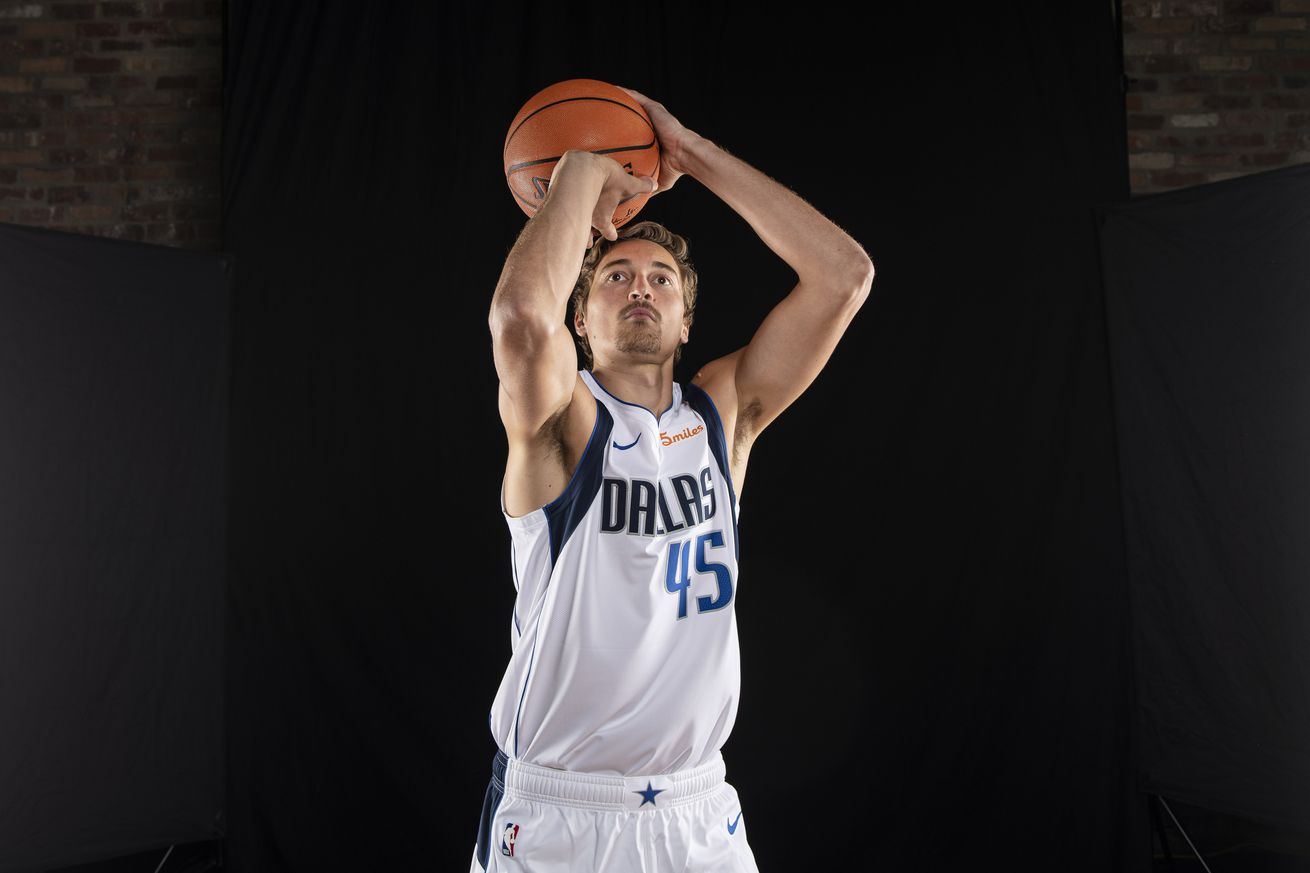 So many doubt, ‘cause I come from the South. But when I open up my mouth, all bullets come out.

If you polled 100 casual NBA fans, how many of them would know who Ryan Broekhoff is? 20? 15? 7? I’d bet a quarter of Mavericks fans don’t even know who he is. And having played just more than 450 minutes in his career, that’s not crazy! But this could be the year that changes. Year of Broekhoff, baby!

If you polled one random guy, let’s call him Kevin Stump, about whether or not he has a Ryan Broekhoff jersey in his closet right now, I’d guarantee the answer would be a yes. If Luka Doncic was the three-ring circus that we bought the tickets to last season, Ryan Broekhoff was the sideshow exhibit that one of your friends (me) wouldn’t shut up about.

Easily the biggest question on Broekhoff Island is playing time. Will he play meaningful minutes? Or will he spend another season as a human victory cigar/human sorrow beer? Broekhoff only appeared in 42 games last season and averaged just 10.8 minutes per game, but his minutes and appearances really jumped in the latter part of the season.

He played roughly two-thirds of his total minutes in the last three months of the season, when the Mavericks were well out of playoff contention. But his shooting numbers held up well with the uptick in minutes, which is promising.

Luka Doncic needs shooters. The best case scenario for Ryan Broekhoff is that he can become a reliable flamethrower on the wing. As mentioned above, Broekhoff started playing real minutes in February, March, and April of last season. In those three months he averaged 5.4 points, 2.1 rebounds, and about half an assist per game.

The best case scenario for Ryan Broekhoff is not 30 minutes and 18 points per game, let’s not get crazy. A realistic best case scenario would be that he finds a way to get on the court for 4 to 5 minutes per quarter and skulk around the perimeter ready to catch and fire when the defense sinks in on any of the big name guys. According to NBA.com, Broekhoff took 84 shots last season considered ‘Open’ or ‘Wide Open’ and he made 37 of them, good for 44 percent. He should easily get two or more of those shots per game this season with the talent he’ll be sharing the floor with.

The worst case scenario for Ryan Broekhoff is that he gets cut. Plain and simple. That’s a pretty strong worst case scenario, but hey that’s what this exercise is about. Broekhoff’s contract is guaranteed for the upcoming season, but it’s a relatively low number, and it wouldn’t be the first time the Mavericks dumped a guy with guaranteed money.

To elaborate on what I mean by this, the worst case scenario for Broekhoff is the Mavericks depth chart. If we define the wing position broadly, to accommodate for Carlisle’s love of playing tiny players at positions other than point guard, there are seven (or maybe even eight?) players other than Broekhoff who will likely play semi-regular minutes on the wing. Broekhoff could get the squeeze. If a couple of injuries happen and the Mavericks find themselves needing to pick up another big man or another ball handler, Broekhoff might be the odd man out.

Broekhoff has elite shooting skill. If he can hit shots early in the season there will be a real role for him on this team. If he can’t, the story may be different.