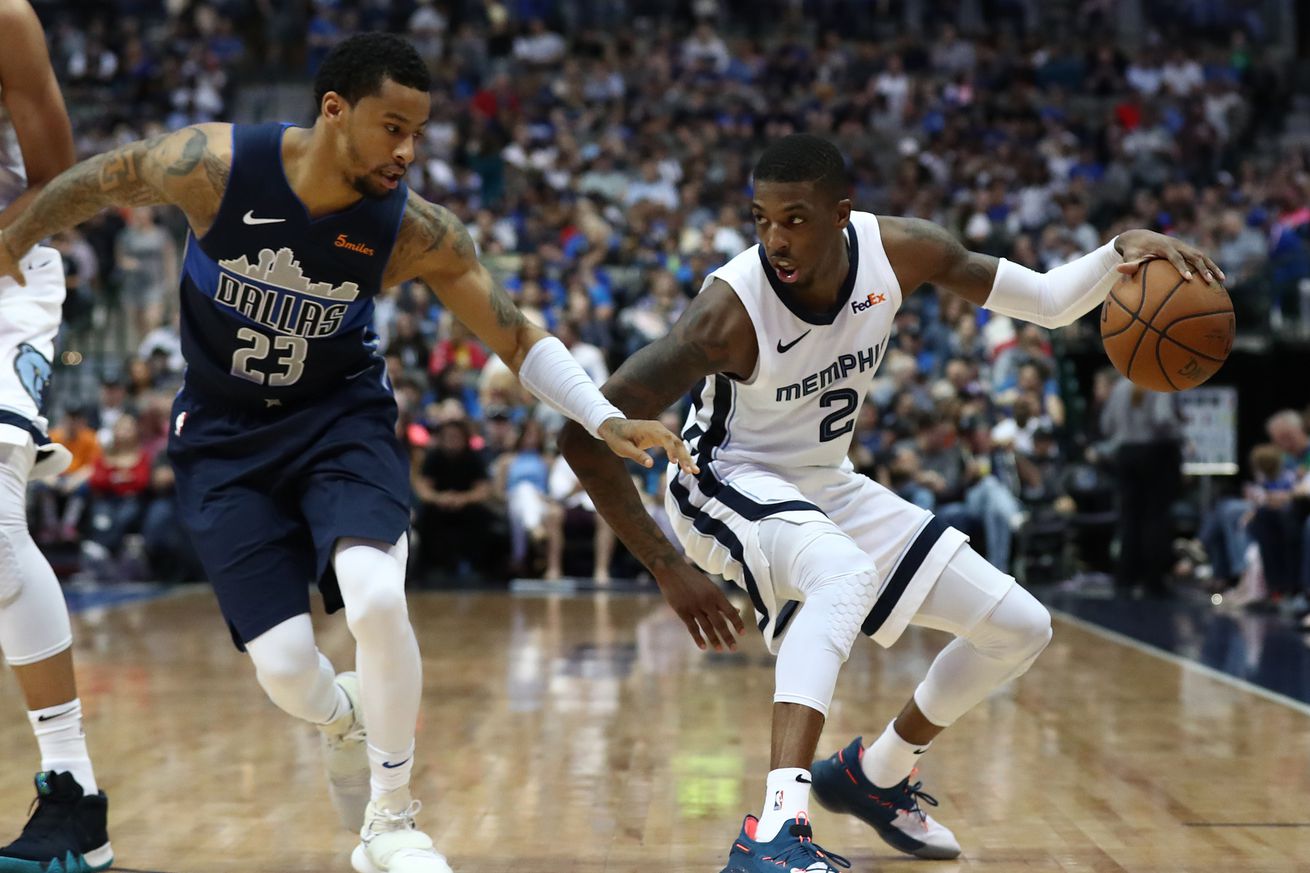 Dallas always rebounds from free agent failures by unearthing hidden talents. Now they finally have the star talents to make it matter.

When it was clear that the Mavericks were once again on the outside looking in when it came to star free agency this summer, instead of pivoting to a gaggle of solid mid-tier free agents, Dallas decided to bargain hunt.

It’s something Dallas usually does — remember Plan Powder? When the Mavericks struck out on Deron Williams, Dwight Howard and others the fall back was always to scramble for deals that fit and allow the Mavericks to retain their precious cap flexibility. Dallas acquired Lamar Odom knowing his contract expired in time for a Deron Williams pursuit. The Mavs grabbed O.J. Mayo and Darren Collison knowing they’d be out of the picture when they pitched Dwight Howard. They even splurged a bit on Jose Calderon and Monta Ellis, but knew those contracts wouldn’t get in the way of a Carmelo Anthony chase or Chandler Parsons offer sheet. Even when the Mavericks committed big money to Wesley Matthews, they still had money for Hassan Whiteside or Mike Conley.

The point is, the Mavericks will spend money, so long as it isn’t an amount that’ll wake them up from their summer dreams. That was no different this summer, when Dallas didn’t take full advantage of Kristaps Porzingis’ bird rights and signed affordable deals to role players — knowing full well they are still in the hunt for the next big free agent summer of 2021. Mark Cuban developed a rep as a big spender when he bought the team and spent during Dirk Nowitzki’s prime, but since the CBA change in 2011, the Mavericks haven’t once been luxury tax spenders.

Dallas seems to have one philosophy since the new CBA rules — spend big on a star if they’ll take their money, but otherwise pinch pennies and not overpay for role players.

It’s an approach that I’m not keen on, but I’ve long been fighting against the tide of the Mavericks free agency plans. Looking at it removed from another summer of weird disappointment, it’s clear Dallas is at the very least, on paper, executing this plan.

Look at their biggest free agency move: acquiring guard Delon Wright for three years, $28 million. Wright is a good player who’s been a back up for the majority of his career. He wasn’t hotly pursued this summer, while guards like Terrence Ross, Danny Green and Patrick Beverley all went for more money. Despite that lack on interest, FiveThirtyEight called Wright the seventh best bargain of the summer, due to Wright’s analytics grading very well — he’s an excellent defender and a good pick and roll guard. He also has only started 18 games in his four-year NBA career.

The Mavs other big free agency move was bringing back Seth Curry, who was third in the NBA in three point percentage last season. Of the top five, Curry and Joe Harris are the only ones who will make less than $10 million this season and Curry was the only one of the five that played less than 2,000 total minutes last season.

The Mavericks are good at this. They swooped Brandan Wright away for chump change and turned him into the most efficient roll man in the NBA a few years back. The stole Al-Farouq Aminu for a veteran’s minimum after he came off his rookie deal. They were the first team to give Seth Curry a major NBA role, turned Dwight Powell into a Brandan Wright-lite, gave Zaza Pachulia a fighting chance at an All-Star appearance and have a potential top-20 defender in the league in Maxi Kleber coming off their bench.

Dallas is so good at turning lemons into lemonade. The idea of not committing a lot of your cap to mid-range guys that might not make a difference and instead try to find cheaper alternatives until you hit the jackpot isn’t the worst idea on paper. It helps that the Mavericks are almost annoyingly good at discovering these hidden gems. Why spend $54 million on Terrence Ross when you can spend almost half that on Seth Curry? Why spend $40 million on Patrick Beverley when you can spend $28 on Delon Wright? The Mavericks are trying to thread the needle and keep their options open, whether that’s cap space that will finally be used by a star (unlikely) or accumulate these smaller contracts that can help grease the wheels on a bigger trade (likely!).

Of course, the flip side of this is that they haven’t won a playoff series since 2011, sharing the same fate the Moneyball Oakland A’s had as they tried to uncover stones for quality players. The answers to those questions about why spend more can be sobering: usually better players cost more money because they’re — brace yourself now — better. Good basketball players cost money, regardless of how much the Mavs want to cheat the system. So far Dallas has been good at finding cheap role players but haven’t had the stars to compensate. Now with Luka Doncic and Kristaps Porzingis, the Mavericks theoretically have the top end talent that these hidden gems can fully thrive around.

That’s the theory, at least. The Mavericks appear dead set on not wasting star free agent money. They want to have their cake and eat it too — save money for stars, while still having solid players in the interim. This season will be the ultimate test.