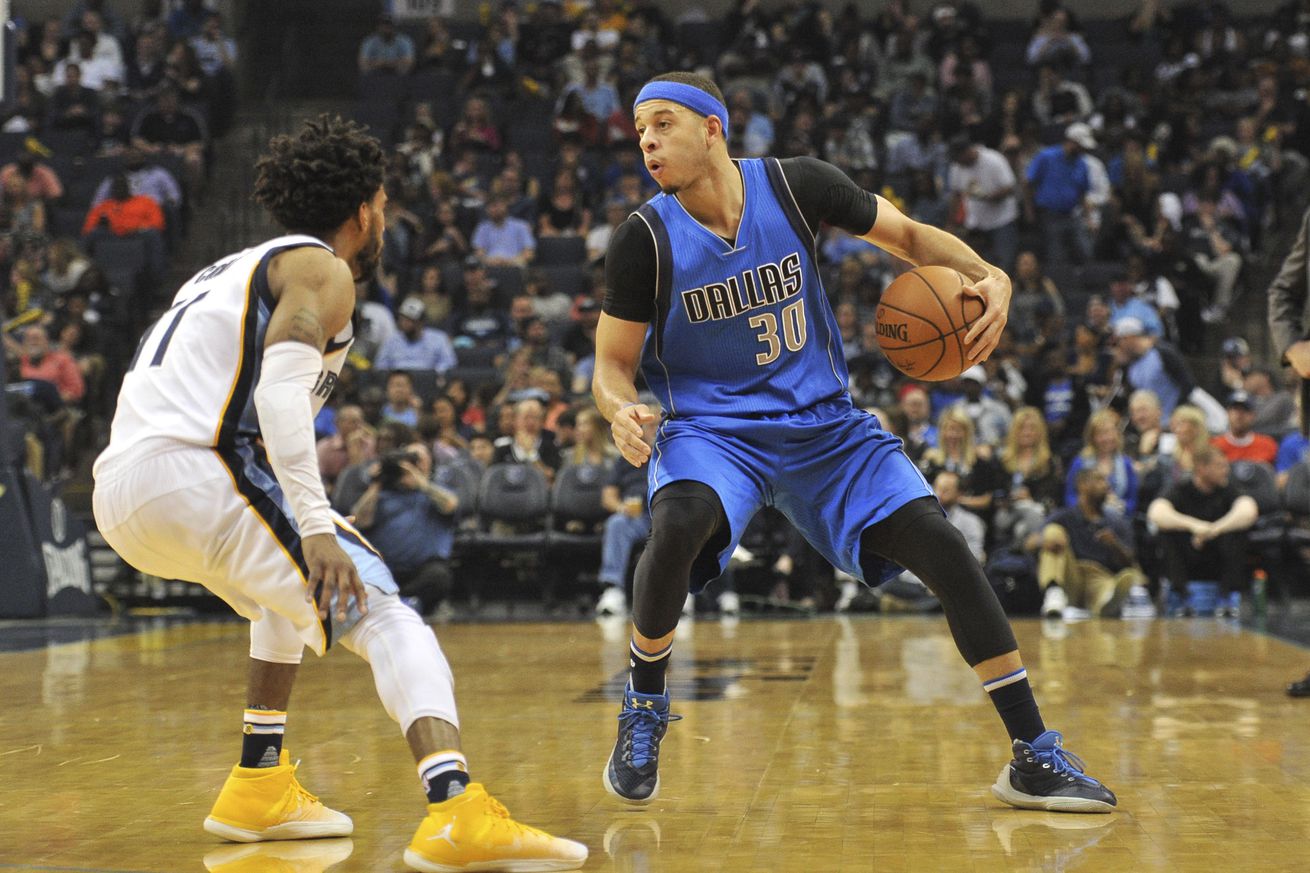 If the sweet shooting guard can stay healthy, he could be a big weapon for Dallas.

There were plenty of disappointed Mavericks fans in the summer of 2018 when Seth Curry made a quiet exit from Dallas and headed to the Western Conference runner-up Portland Trail Blazers. After showing out in the 2016-17 season for the downtrodden Mavs, Curry spent the next season rehabbing a leg injury in Dallas, then went west on a bargain deal to prove he could be healthy and an able contributor.

In a limited role on a contending team, Curry played an important role in 74 games in Portland while shooting an eye-popping 45 percent from three. There was little need for Curry to do much more than hit threes, a job he did admirably.

Now back in Dallas, Curry gets a bump in responsibility (and pay) as the Mavericks will badly need reliable shooting and a secondary playmaker if they want to be taken seriously in a stacked Western Conference.

In his first three seasons bouncing around in the league, Curry was busy proving he could be both reliable and durable. The durability might still be in question (though last season can ease some concern), but there should be no doubt that he’s a knockdown shooter.

Now the question for Curry is how he responds to a larger role. Make no mistake, the Mavericks will be looking to Curry to fill a sizable role as scorer and playmaker — whether it be alongside Luka Doncic as his kickout man or as primary playmaker when Doncic is on the bench.

It’s a role that not that long ago the Mavericks thought he could play alongside a rookie Dennis Smith Jr. Now, however, Curry gets to fill that spot surrounded by Doncic and Kristaps Porzingis.

Rick Carlisle’s greatest ability is squeezing the most out of every role player or reclamation project at his disposal. Is it possible for Curry to grow into the Mavericks’ number three option under Carlisle’s wizardry?

Over his last three seasons Curry has shot 44 percent from three, on almost 700 attempts: an impressive feat the Mavs will need him to repeat. I personally would like to see Curry start the season as the Mavericks’ Sixth Man. Playing a pseudo-Jason Terry role — the offensive spark plug off the bench that’s also featured in a closing lineup — seems to be an ideal role for Curry. The Mavericks will need reliable shooting off the bench, and he is perhaps their most reliable.

The Curry-as-starter argument is also valid. Rick Carlisle needs to surround Doncic with shooters — or another way to look at it is that the Mavericks need to have their five best players on the floor.

Either way, Curry should average closer to 30 minutes per game (he averaged 29 minutes in his last stint in Dallas). If he can maintain his shooting consistency, while averaging somewhere between 12 to 15 points per game and tacking on three or four assists, the Mavericks are in a good spot.

He also needs to stay healthy. In his last two healthy seasons he appeared in 70 and 74 games. Curry has to match that to fulfill the role the Mavericks have in mind for him.

At this point, the two things that could make this season turn sour for Curry is if he can’t stay healthy and if he can’t step up into a primary option in Dallas. Seth Curry makes too much sense in Carlisle’s system, makes too much sense playing off of Luka Doncic’s skip passes (he shot nearly 50 percent on catch-and-shoot threes last season) for him not to be valuable.

But if he plays fewer than 70 games? That’s a disappointment. What if he’s unable to take on greater responsibility? That would be a let down. The latter might be asking a lot. But this is the spot the Mavericks are in: asking their best role players to take large steps forward. If all the potential and optimism from Curry’s last healthy season in Dallas can carry over, the Mavericks may have gotten a steal this summer.