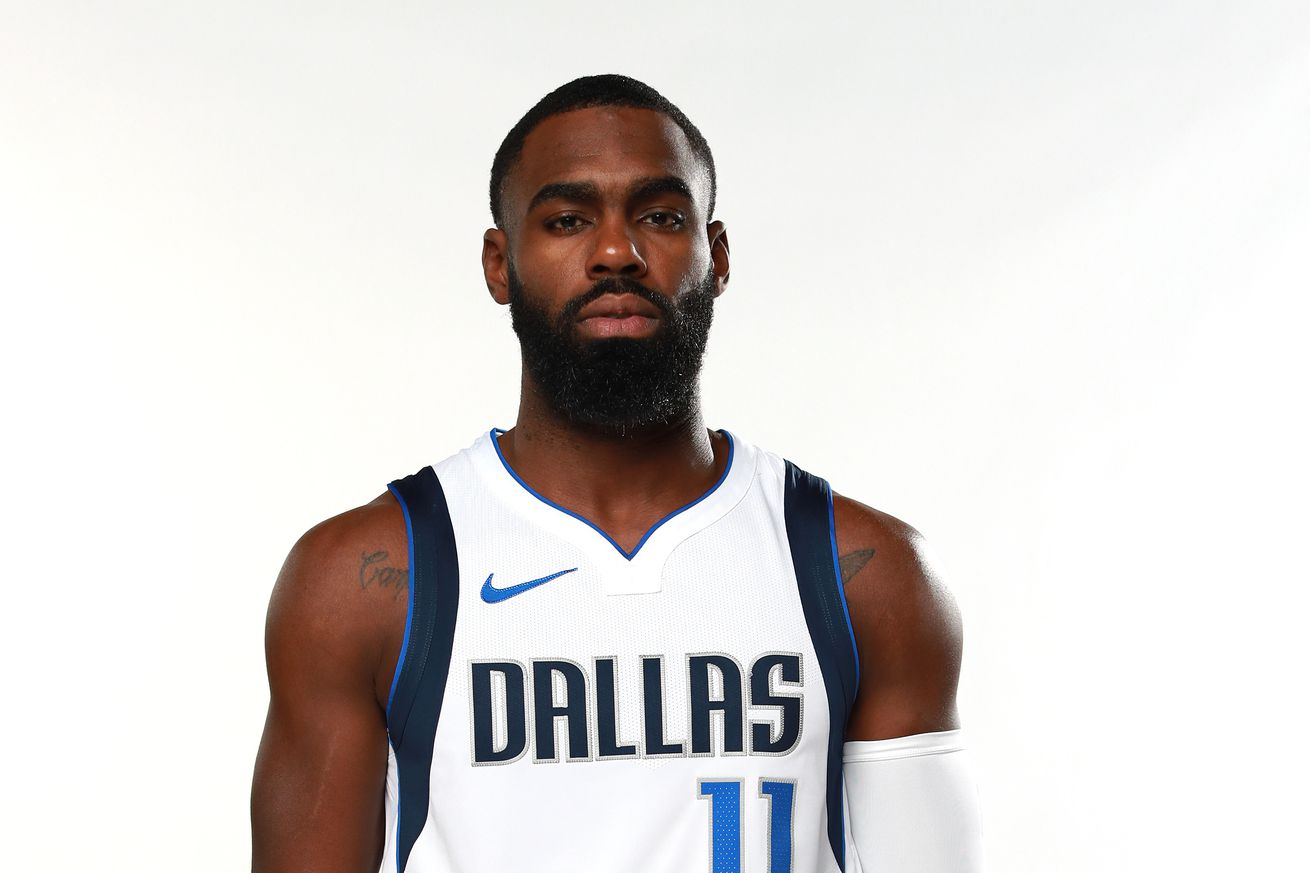 Returning from injury, Hardaway wants to take on a similar role to the former All-Star. Alongside Luka Doncic and Kristaps Porzingis, does he have what it takes to create Dallas’ next Big 3?

Attitudes are upbeat on Media Day. That was certainly true of the new look Dallas Mavericks on Monday. Jokes filled the air and wide smiles were worn like uniforms. They belie the hard days ahead. As the regular season approaches, the team confronts a number of questions. One of the the biggest it must address is what to do with Tim Hardaway Jr.

Heading into his seventh NBA season, the veteran guard is returning from the first prolonged injury and recovery of his career. A stress reaction in his left tibia hobbled him throughout the 2018-19 season. After allowing it to linger for months, the physical toll on his body became too much. He underwent surgery in March, missing the last 11 games of the season. Now, after months of rehab and weeks of being a full participant in practice, he says he’s 100 percent and envisioning his role alongside Luka Doncic and Kristaps Porzingis.

Hardaway thinks of himself as one of the key pieces on the roster. When he came to Dallas from New York with Porzingis in the blockbuster trade with the Knicks, head coach Rick Carlisle immediately inserted him into the starting lineup. He would go on to start 17 of the 19 games he played. Now, he sees a new era is emerging and compares himself, Doncic, and Porzingis to the team’s last Big Three. It’s a comparison that will likely spark the ire of at least a few Mavericks fans.

“I always compare the two of these guys to Steve [Nash] and Dirk [Nowitzki],” Hardaway says. “Luka and KP are probably the next generation of that, Luka being obviously a little taller than Steve. But when those guys were playing with one another, Steve and Dirk, you know Mike Finley was on the team and he was a little bit older than those guys. I feel like that will probably be my role.”

To prepare himself, Hardaway has been watching film of Finley’s days with Nash and Nowitzki. He wants to learn how he can be effective in a complementary role as an option after Doncic and Porzingis. Filling Finley’s shoes won’t be easy, though. At age 27, as old as Hardaway is now, Finley was two-time All-Star, averaging over 20 points, who shot the ball efficiently. The correlation between their two games is a lofty one. That’s not to say that he can’t serve as a mentor in some capacity.

Beyond that, there’s no guarantee that Hardaway will start this season. During Media Day, Carlisle said that he wasn’t going to name possible starters this season outside of Doncic and Porzingis. The rotations, as they have been for several years now, will remain fluid. There is at least one case to be made for Hardaway starting, though: he’s paid like one. He’ll earn $18.15 million this season, the second highest salary on the team.

How that factors into the team’s decision is unknown. Money aside, it’s apparent that starting is important to him, but he knows that the decision is out if his hands.

“It matters,” Hardaway says about starting. “If an NBA player says it doesn’t matter–like, it matters. But at the same time, you have to pick and choose your battles. Coach has the last say and you just have to roll with it and you have to stick with it. Me, as a ball player, I came off the bench and I’ve started in this league. For me, I was effective at both. At the end of the day, whatever Coach Carlisle wants to do, he’s going to do it and we’re going to have to roll with it and we’re going to have to trust him. This is a team.”

It’s too early to know how things will pan out for Hardaway. It could be a long and trying season. He’s proven in the past that he can score, but he’ll need to improve his shooting percentages if he wants to realize his dream of stepping into a Michael Finley role. For now, he’s healthy, optimistic, and ready to start playing again. Maintaining that attitude will go a long way as he adjusts to whatever role the team asks him to step into.

“It’s all about adaptation at this point,” Hardaway says. “Adapting to your role. I know I’m not going to be that guy in New York, who I was last season, shooting the ball 15 to 20 times a game. I’m going to have to be more effective, more efficient. I know that moving forward. Whatever I can do on the floor, take the ball off those guys, I’m going to be willing to do.”