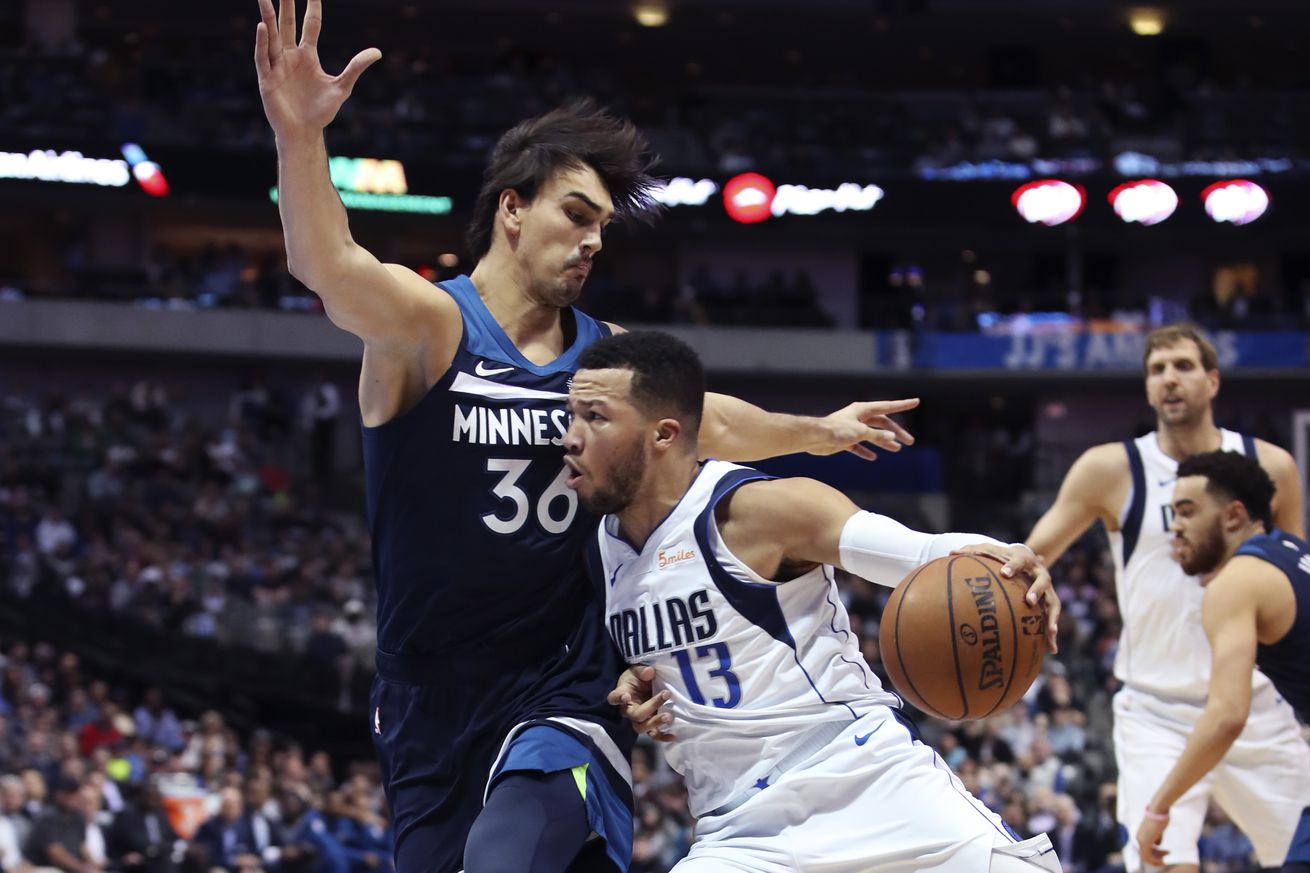 Can the sophomore guard continue to exceed expectaions?

Last year, as a second round pick, Jalen Brunson got every possible chance to excel when Barea was injured and Dallas traded away every non-Luka starter at the deadline. And excel he did.

It’s safe to say that Brunson exceeded any realistic expectations most second round draftees come in to the league with, playing in 73 games and starting 38 of them.

Brunson, a three year college player at Villanova, came in to the league as a two-time NCAA Champion and Naismith Award winner—college basketball’s player of the year.

Entering his sophomore season with a season of NBA play under his belt, some team continuity, and higher expectations than this team has had in years, there’s, again, going to be an abundance of opportunity for Jalen Brunson to shine.

How big of a year-two step will Jalen Brunson take? When you’re talking about how big of a role a second round draft pick is going to have in his second year, it kind of feels like playing with house money, but Jalen Brunson has made that a question worth asking with consequence bigger than “how much time will be split between the NBA and the G League?”

Brunson seemed to get better as the season went on, and played admirably as a starter down the stretch. But with PG Delon Wright being penciled in as a starter, Brunson will likely be seeing most of his time off the bench. Which, poetically, is the same role Wright was manning in Toronto before a short stint in Memphis, and with any luck, Brunson will hold down that role with similar aplomb.

Brunson is a 6’3” J.J. Barea incarnate. Barea will be returning to the Mavericks for at least one more season, albeit, coming off of a torn achilles tendon at age 35. It would be really great to know that, at the end of an illustrious Mavericks career, he can pass the torch to someone like Brunson. That is, someone who just knows the game of basketball, makes the right play and can be the 2nd unit offensive general.

After shooting over 40 percent from three in his final season at Villanova, Brunson shot a respectable 35 percent in his rookie year. It would obviously be beneficial to see that number inch a little high in his second year. Playing alongside someone like Seth Curry, one of the best shooters in the league last year, will hopefully help open up some clean looks for Brunson.

Outside of that, you mostly just hope for the little things: a few more assists, fewer turnovers, drawing more free throws — the usual. Which, for a sophomore 2nd round pick, is pretty high praise. It’s rare to find as complete a player as Jalen Brunson showed himself to be in the second round. The way he approaches the game, his attitude and the praise he gets from the coaching staff leads one to believe that he’s going to continue to grow as a player and is someone we’ll be seeing around the league for years to come.

Brunson has a sophomore slump and has trouble finding the floor as he gets outplayed by Seth Curry and an Elderly J.J. Barea.

The dominoes seem perfectly lined up for Brunson to take the reigns of the second unit and help lead a potent Mavericks bench. But if everything always went to plan, well… that just wouldn’t be very exciting, now would it?

Dallas has never been a team short on guards. Anyone who’s watched the team for any amount of time has surely seen one of Rick Carlisle’s famed 3-guard lineups, like the one in the 17-18 season featuring the likes of Devin Harris, J.J. Barea and Yogi Ferrell accompanying Dirk and Dwight Powell in the front court. (That was the second most common lineup that year, in case you’d block out the memory of that season happening.)

Well, Dallas isn’t as guard-rich as they’ve been in some seasons, but they’ve still got a full bench with Curry likely to see a lot of minutes off the bench along with Carlisle favorite, J.J. Barea. If Rick’s bad habit of playing his favorite vets over his young players rears its head again this season, or Brunson simply doesn’t show improvement over where he ended last season, that doesn’t bode well for a Dallas team that is going to need to be firing on all cylinders from the outset to have a chance of making it through the playoffs in a Western conference that is as deep as ever because, apparently, free agents refuse to go East.