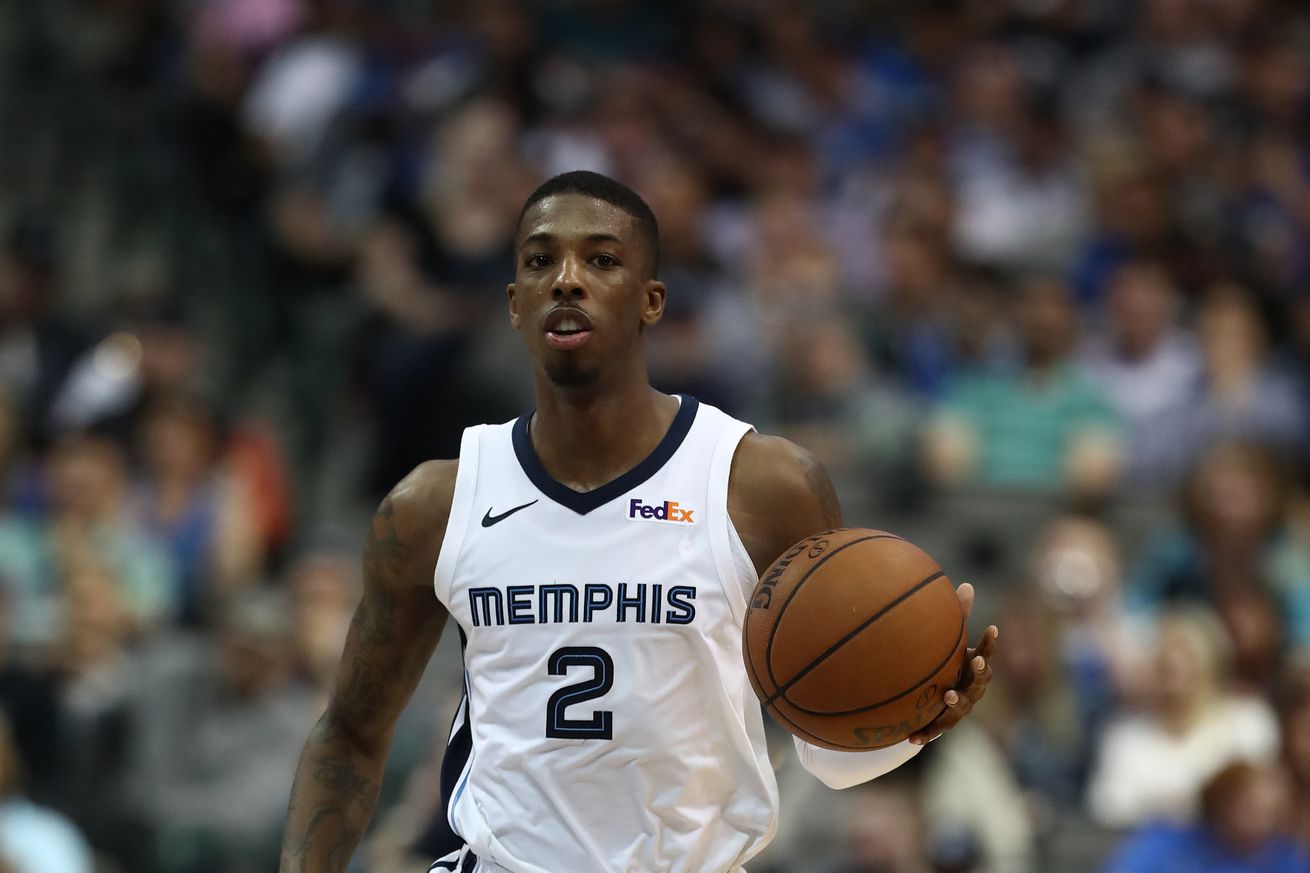 The new Maverick has a lot to live up to as he fills a big area of need.

Those who tuned out some time around February and who have the self control and/or fulfilling life that doesn’t require them to update Woj’s Twitter feed every five minutes from the months of July through September might also be asking themselves, “hey, did we sign anyone?” Boy, did we. Let me introduce you to the crown jewel of the latest action-packed thrill ride that was Dallas’ 2019 offseason! Meet Delon Wright.

The Mavs grabbed Wright in a sign and trade with the Grizzlies, where Delon was getting to stretch his legs as a starter after a trade from Toronto where he had been having a very successful stretch as a part of Toronto’s famed bench mob.

Last year, Wright averaged 8.7 points, 3.3 assists and 3.5 rebounds while shooting 43/29/79. That’s a long string of numbers all to say: Delon Wright is not going to be setting the scoreboard on fire. But, as a starter in 13 games last season, Wright showed he can be an effective and versatile player by averaging about 14 points, 7 rebounds, and 7 assists per game. It’s not a huge sample size, but it does provide a glimpse as to why the front office had honed in on Delon as a target this offseason.

What does Delon Wright look like as a full time starter? As mentioned, Wright has spent the majority of his career as a part of Toronto’s potent bench unit. However, when he got an opportunity to play starter minutes for Memphis at the end of the last season, he did some promising things. His versatility was on display as, in just 11 starts, he racked up four double-doubles, three of which were triple doubles (and two of those were against the Mavs for good measure). In three and a half years with Toronto, he’d only managed a singled double-double.

Granted, Memphis was a very bad team, and many opponents at the end of the year are either coasting to the playoffs or trying to secure lottery odds, but still. Wright showed enough for any optimistic Mavs fan to start projecting continued success on an improved roster. How Wright handles his role as a starter could do a lot for the Mavs playoff hopes. If he hits the ground running and is able to do the things we saw him do with limited starter’s minutes in Memphis, it makes the Mavs an even bigger playoff threat. However, if he looks more like a career role player who’s in over his head, things could get dicey in a Western Conference that is as fearsome as it’s ever been.

Delon Wright is the missing defensive puzzle piece for the Mavs starting lineup, and he and Luka form the best rebounding backcourt in the league.

Outside of Dorian Finney-Smith trying his best and recurring Wes Mathews night terrors, “defense,” is not something that has been in the Mavericks playbook as of late. Delon Wright could be a big part of changing that. He’s a big, 6’5” guard who will be playing next to a year two, 6’7” Luka Doncic. This is about as far away from the J.J. Barea/Yogi Ferrell backcourt as you can get. With Wright slotted in against the opposing team’s best guard each night, and his ability to switch on 1 through 3, that takes a great deal of the defensive burden off of Luka.

As for rebounding, last year, Luka was 3rd in rebounds per game among guards with 7.8. Wright, as a starter (small sample size alert!) averaged 7.4 rebounds per game last year. I don’t think he’ll keep that up for a whole year, but if he can get something approaching 4 or 5 a game, suddenly you’re looking at over 10 rebounds a game from your guard positions, and that does a lot to soften the blow of starting a frontcourt that might struggle in the rebound department.

And since this is the best case scenario section, let’s also just throw in that Delon Wright can become a league average three point shooter. He currently owns a fairly uninspiring .332 career average, but with shooters like Luka and Porzingis on the court with him, maybe he’ll be able to hit some easy open looks.

Maybe Delon Wright is just a solid bench player. It’s not hard to imagine, 15 games into the season and Dallas struggling to hit .500, Mavs fans hitting Twitter to do their best NBA coach impression and calling for a change to the starting lineup. Slotting in Seth Curry, or heck, even Jalen Brunson, in place of Wright, who has never been much of a shooter.

Rick Carlisle has been no stranger to shuffling lineups in the years since the 2011 championship, especially recently. Part of that is Carlisle being Carlisle, and part of it is because the Mavs have simply not had five starting caliber players who were able to just be cemented as the starting lineup. If we all had a nickel for every time Rick defaulted to “matchups” as a reason to go with one guy over another in the starting lineup, our banks would probably flag our accounts and be, like “why does this guy have so many nickels? This is far outside the normal amount of nickels for any single person to have.”

Alas, it could be more of the same if Wright doesn’t seem up to the task of playing against the League’s best night in and night out.