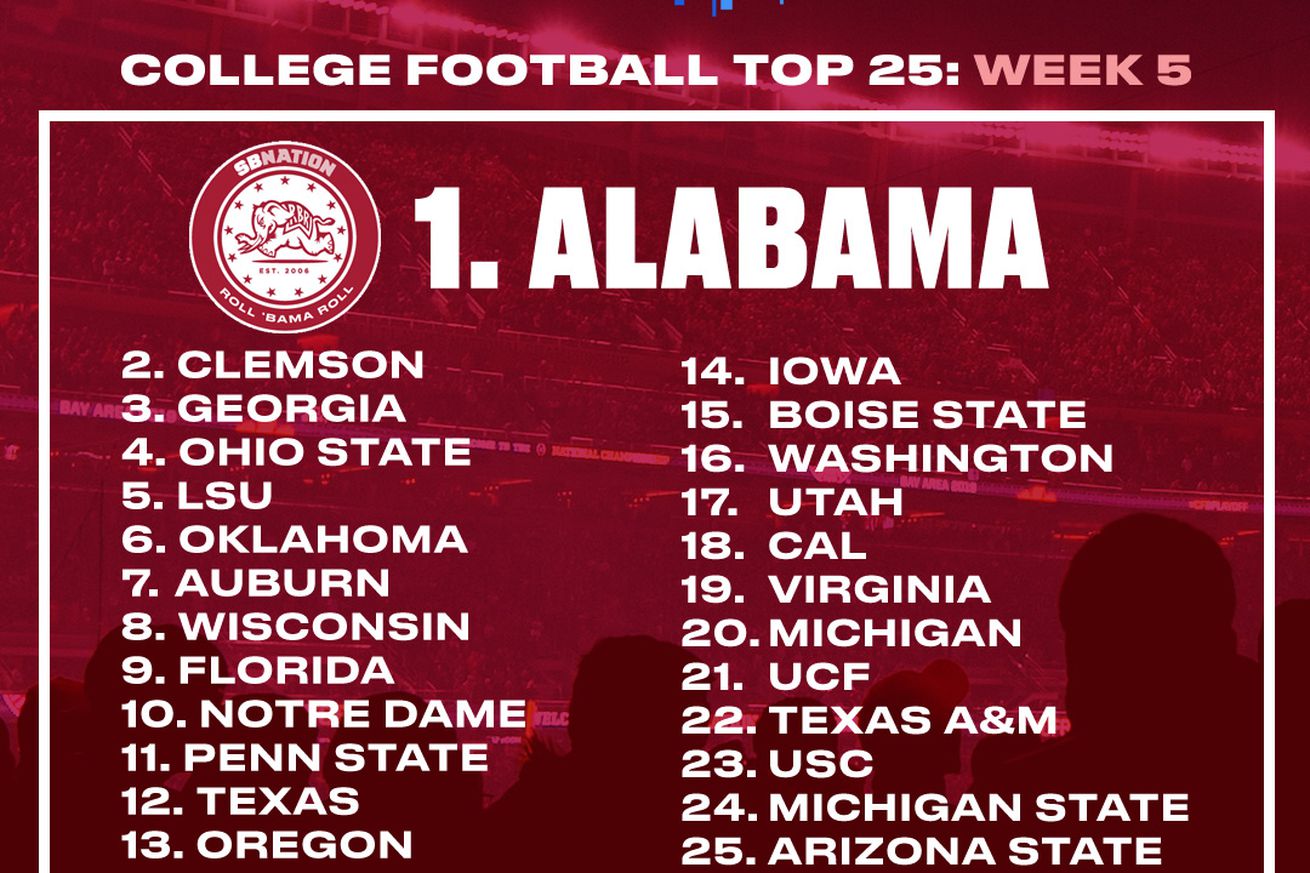 It was a wild and wooly week in college football, as previous (near) unanimous #1 Clemson was a two point conversion away from a massive upset at the hands of the Tarheels and Mack Brown, allowing the Crimson Tide to take over the number one spot.

The Frogs remain outside of the top 25 – and more surprisingly, so do the Mustangs – who earned their first AP ranking in forever with an undefeated start and a win over then #25 TCU in Fort Worth.

Speaking of that game, after seeing fan’s confidence fall after the loss to SMU, it was all smiles amongst Frog Fam members after the destruction of Kansas, ticking back up over 75%.

As far as Big 12 schools go, #6 Oklahoma and #12 Texas are the only two in the top 25, according to the fan vote. TCU fans thought the Frogs were a top 25 team, though they were the only Big 12 blog to feel such. WVU and Texas considered SMU a top 25 team, while several fanbases included Oklahoma State as well.

Texas Tech had Kansas State #25 after losing to the Pokes — whom they left out completely.

Be sure to sign up to vote ahead of next week’s poll! You can do so HERE.