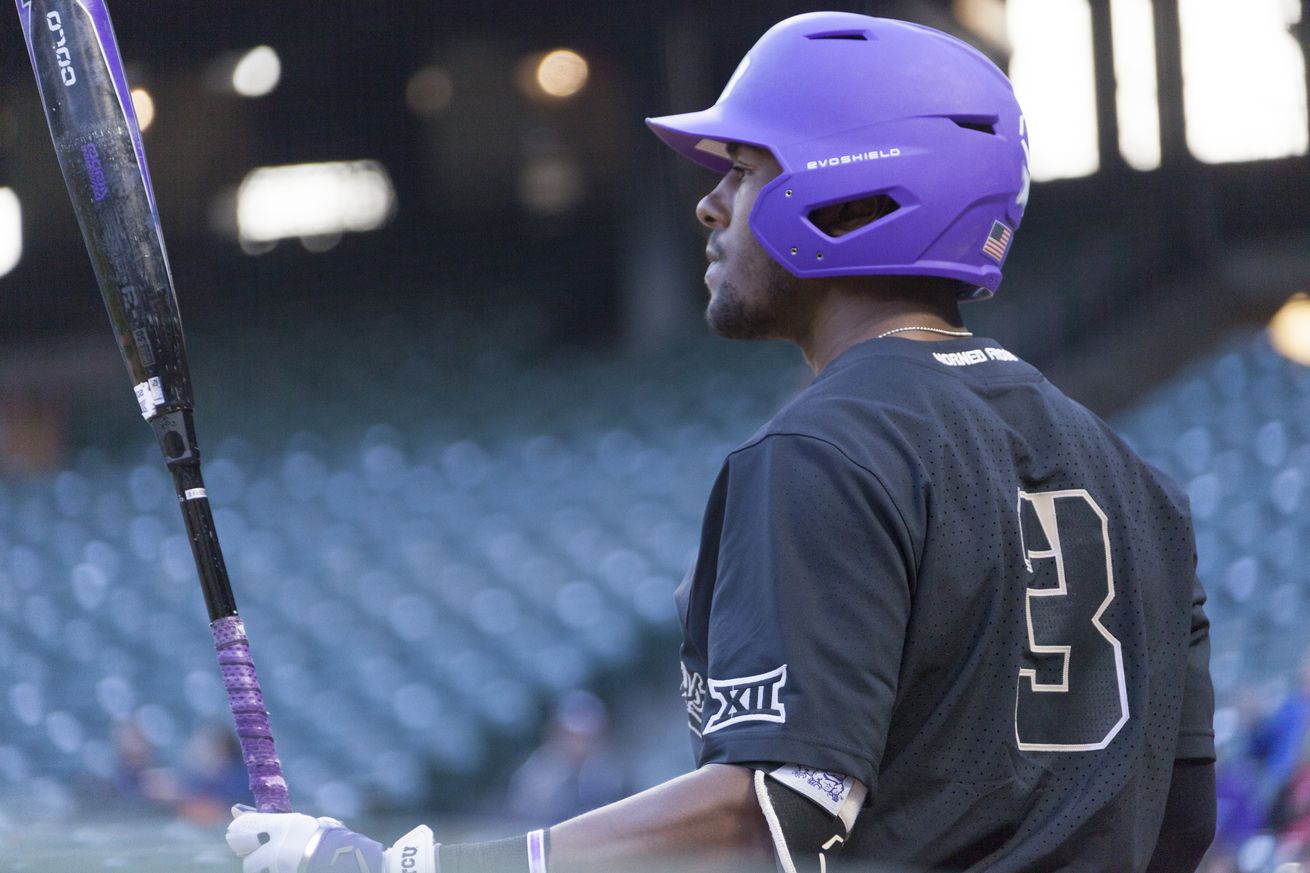 And hoo boy it’s a doozy.

Jim Schlossnagle has rarely shied away from playing a tough schedule, regularly taking on top 25 teams both home and away. 2020 is no different, as TCU Baseball will once again play several big name opponents , including eight that were playoff teams a year ago.

The Frogs will open at home this season, welcoming Kentucky of the SEC for a three game set. The trio are the first three of 29 home contests within the 54 game slate. The series opens on February 14th, kicking off a four game homestand that also features Abilene Christian, as the Cats come to town on the 18th.

Next up, TCU braves the frigid cold of February in Big 10 country, traveling to Minnesota for a weird three game trip in the north. They return home to warmer temps for a five game swing that features a one-off against SFA, a three game set with Cal, and the first of three games against UT Arlington.

Once again, the Frogs will travel west for spring break, participating in the Dodger Classic for a third time, where they will challenge themselves against the likes of USC, UCLA, and Vanderbilt across March 6-8th. They follow that up with a week night tilt against San Diego State on Tuesday, March 10th.

The Big Ten will be back on the schedule March 13-15th, when TCU faces Maryland. Sam Houston State follows with a March 17th date.

That leads to a tough Big 12 slate, as the Frogs open at Oklahoma State followed by the Sooners coming to town on March 27th.

TCU gets WVU at home before playing a series at Stetson in Florida, followed by a road trip to Waco, and a home date with K State. The Frogs finish at Texas and home verses Texas Tech.

The Phillips 66 Big 12 Championships return to Chickasaw Bricktown Ballpark in Oklahoma City from May 20-24.

You can see the schedule in its entirety below: