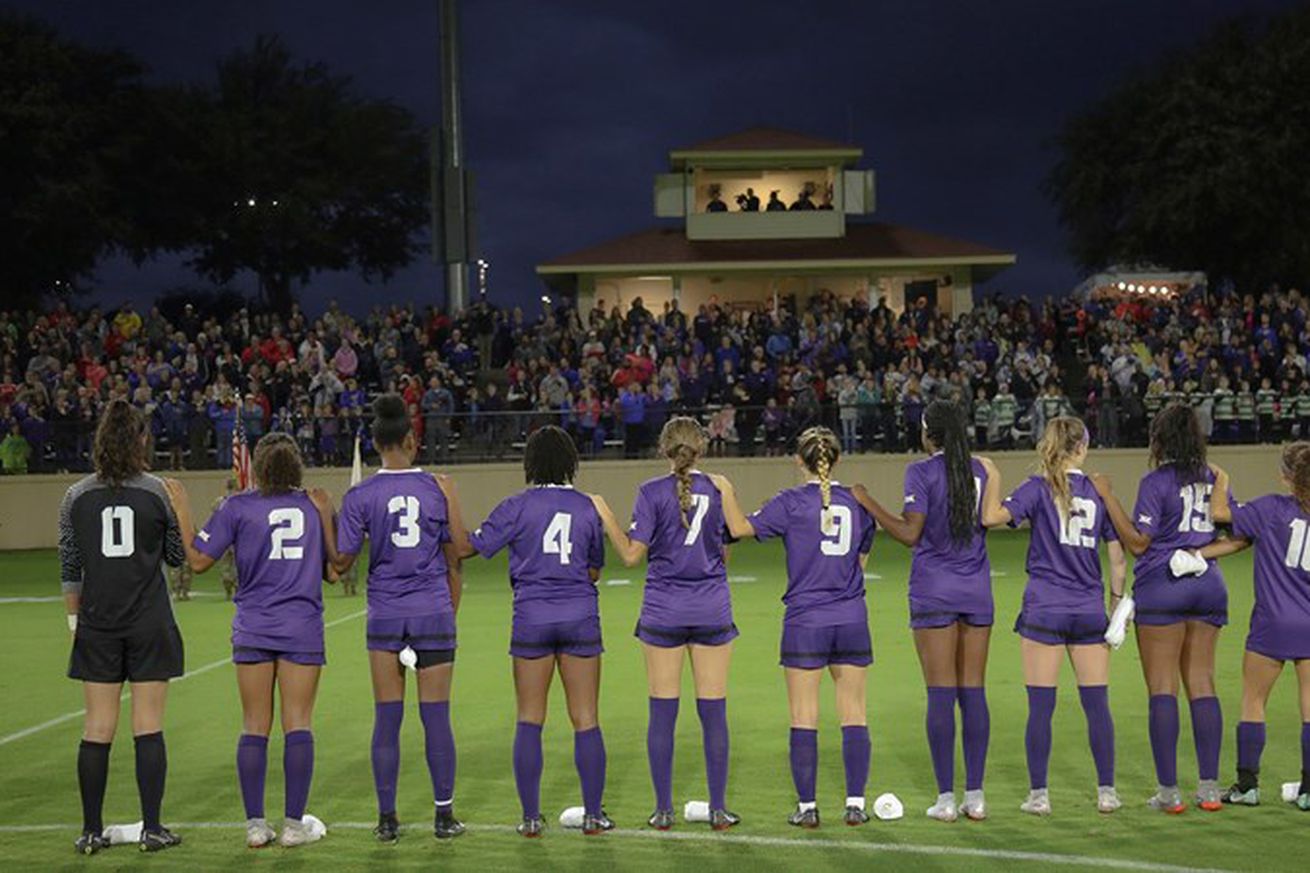 The 6th ranked Horned Frogs will look to continue their unbeaten start this week against Texas Tech.

The TCU Horned Frogs soccer team will take on the Texas Tech Red Raiders Friday, October 16, 7 p.m. CST, at Garvey-Rosenthal stadium in Fort Worth. The game will be televised on Big 12 Now on ESPN+.

After being picked to win the Big 12 championship in the preseason, Texas Tech failed to score in both of their opening games leading them to an 0-2-2 record to start the year. The Red Raiders will be desperate for a win in Fort Worth this week.

The Horned Frogs on the other hand are coming off a massive 2-1 overtime comeback win against 4th ranked Oklahoma State in Stillwater. In fact, this was the first time in program history the Frogs knocked off a top-5 team.

With the big win, TCU was able to jump up in the rankings from #12 to #6; the highest ranking in program history. The Horned Frogs are the only remaining unbeaten team in the Big 12 (3-0-1) as well as 1 of only 7 unbeaten teams nationwide that have played at least 2 games. They’ll look to keep the ball rolling this week against Tech.

This marks the 31st matchup between these teams and the 9th since TCU joined the Big 12. TCU holds the overall series advantage against the Red Raiders 16-10-4, going 5-0-1 in the last 6 meetings. Last season the Horned Frogs came away with both matchups ending as 2-1 victories.

This Friday could be special for the soccer program because if the Frogs win, it will mark the team’s 100th win in Garvey-Rosenthal stadium, which would give the Frogs a 100-65-22 all-time record in their home stadium.

Something to keep an eye on for this matchup is the goalkeeper play. Tech has swapped back and forth between a duo of Madisons, Madison White and Madison Martin, each getting 2 starts each this season. White is listed as the projected starter for Friday’s match. Lining up in goal for TCU is a name you should be familiar with by now, Emily Alvarado. Alvarado made 7 big time saves last week, and is currently ranked 4th in the country for both goals against average (0.24) and save percentage (95.2%).

If you can’t make it out to Garvey-Rosenthal stadium in person, feel free to follow along from home as we live tweet the big moments and goals throughout the match on Twitter (@FrogsOWar).