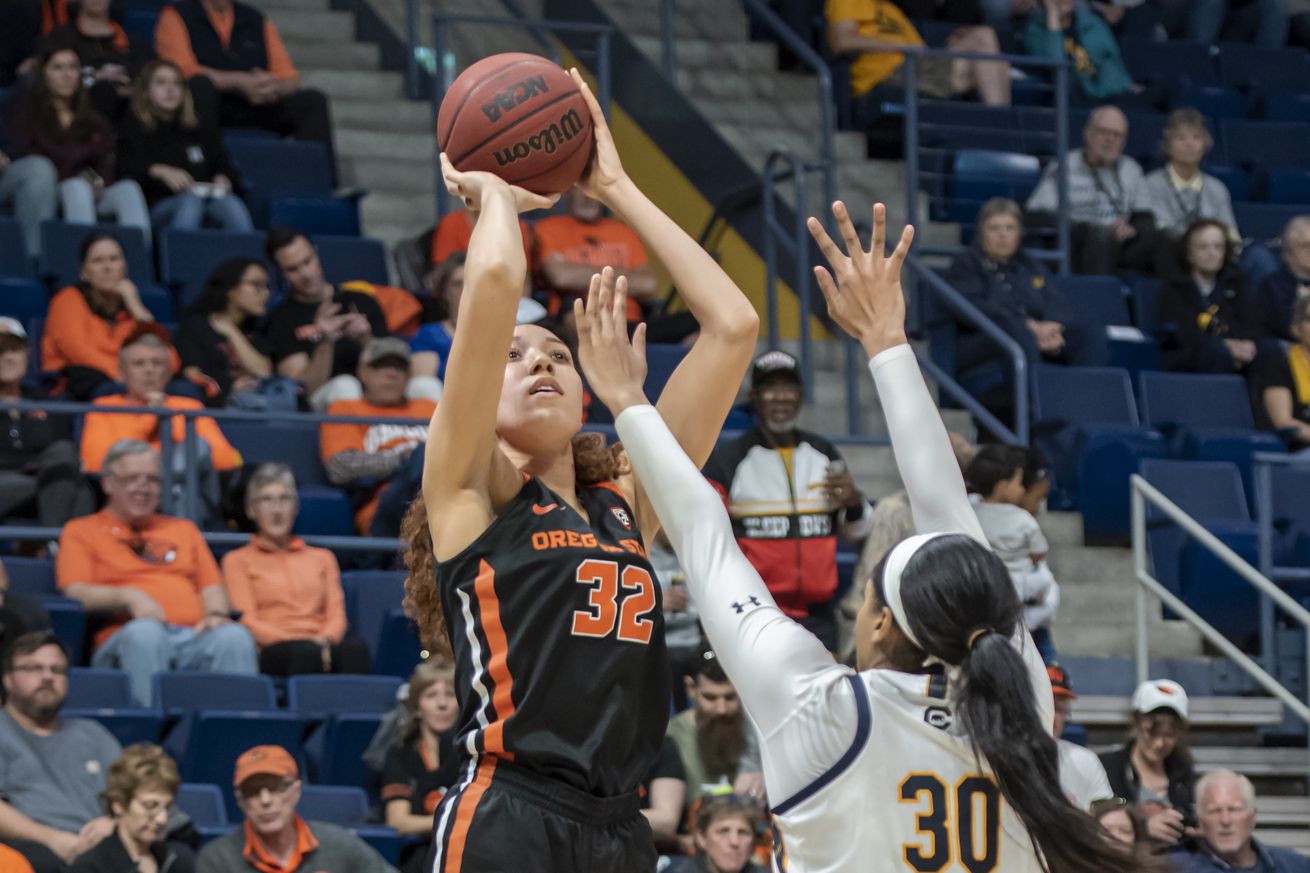 The former four star recruit will help in the paint on both ends of the floor.

TCU Women’s Basketball season was unceremoniously cut short last spring amid the COVID-19 pandemic, ending what would have been an NCAA Tournament worthy-season for Raegan Pebley’s squad.

When the season ended, so did the careers of several impact seniors, including some talented forwards. That sent Pebley on the recruiting trail, and she found a promising prospect in the transfer portal in the likes of former Oregon State Beaver Patricia Morris. “We are so excited to welcome Patricia to TCU! Her leadership traits, energy, dedication to being a great teammate, love of the game, commitment to academics and growth potential are all reasons why we believe she will find success here.”

A 6’7” (!!!) forward, Morris spent two years in Corvallis after an impressive high school career in Duarte, CA, There, the four star athlete led her school to four straight league titles on her way to being named an all-state player twice and competing for a state championship in 2016. She averaged a double-double in her career, including over 17 points and 13 rebounds per game as a junior. She was also proficient on defense, blocking nearly three shots per game.

Morris played in 46 games for the Beavers, where she notched career averages of 2.0 points and 1.4 rebounds per game. She shot better than 64 percent from the field and was a 73 percent shooter from the free throw line.

This past season, Morris scored 2.3 points per game, which included a season-high 13 points in a Pac-12 Conference game against Cal. She was a perfect 6-for-6 from the field and 1-of-1 from the free throw line in OSU’s 81-44 rout over the Bears.

“I am so excited to start this new chapter of my life at TCU,” Morris said. “Coach Pebley, her staff and my new teammates have welcomed me with open arms. I am ready to develop and play under such a great staff and teammates.”

It is unclear if Morris will be eligible to play this year or if she will need to redshirt after transferring. Whenever she does end up seeing the court, she will be an exceptional addition to a team on the rise.