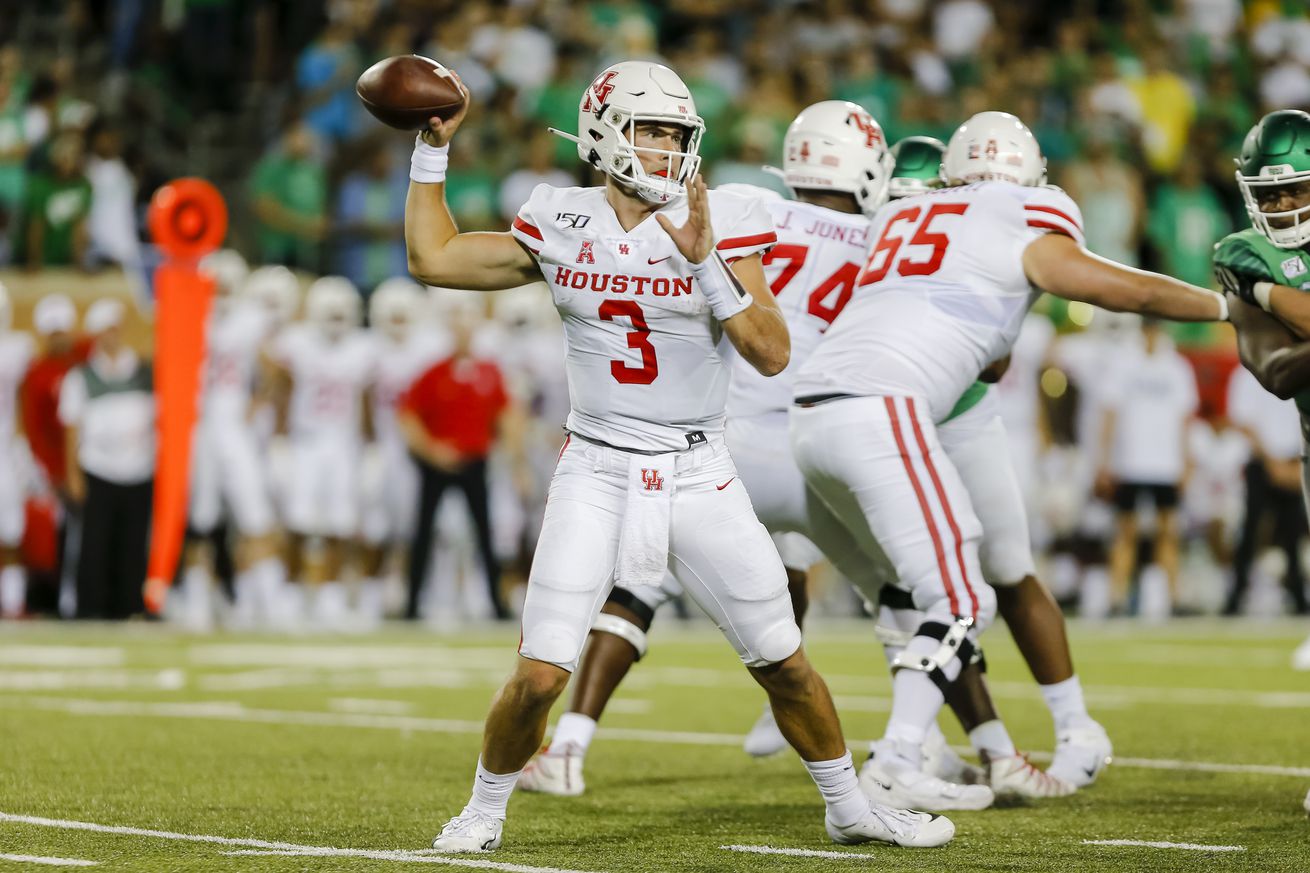 After some close calls last week, will we see any major upsets in Week 6?

It turned out to be a very straightforward week of football, despite a few scares (Clemson, Texas A&M, Wisconsin) the top teams mostly cruised to easy wins. The biggest upset of the week was a D’Eriq King-less Houston toppling UNT. 36% of our entries this week knew that Houston could pull off the win despite their poor performance to date and missing their star QB, making it very difficult to be on the leaderboard without taking the Cougars. The other upsets were low value, including: ASU knocked off previously top-15 Cal; Duke blasted Justin Fuente’s floundering Hokies; and Baylor held on after a 4th quarter flurry from Iowa State. Ultimately, 32% of entrants got no selections correct, but our winner got three picks correct for 15.5 total points.

The big winner of the week was Mike Honcho’s All Stars who fell just short of the weekly prize, but put up enough points to take the top spot for the season. There is still plenty of season left to climb the leaderboard and earn weekly prizes, so join now.

1. TCU (+3.5) vs. Iowa State – The cyclones are going to be mad after a last minute loss in Waco, while our Frogs bounced back with a dominating win over the Jayhawks. This is going to be a battle for TCU, but this should be a really good game and the Frogs have an opportunity for a huge Big 12 road win to go to 2-0 in conference.

2. Florida (+3.5) vs. Auburn – The narrative here is that Florida is missing its starting QB and has no true high-value wins, while Auburn is getting buzz as the number 1 overall team with 3 highly regarded victories. If you believe the Auburn hype, this line should probably be a TD at least, even in the Swamp. So, I’m thinking these teams are a bit more evenly matched than the national buzz might suggest.

3. Oregon State (+5.5) vs. UCLA – I just can’t quit the Beavers. I enjoy their offense and think they have some playmakers that can blow up any game, but perhaps last week at home against Stanford was the closest they’ll get to a Pac-12 win. UCLA followed their wild win at Wazzu with a miserable loss at Arizona and now returns to the Rose Bowl to take on the team widely regarded as the worst in the conference. I’m thinking that game in Pullman was more of a fluke for the Bruins and OSU can steal one.

4. Pittsburgh (+4) vs. Duke – Pitt nearly lost to Delaware last week while Duke destroyed VA Tech and this game is in Durham, but the Blue Devils are only favored by 4? Sounds fishy.

5. Baylor (+2) vs. Kansas State – I can’t believe I have to stoop to this level for the 2nd week in a row, but oddsmakers keep placing Baylor as an underdog against the other middle-tier Big-12 teams and it cannot be ignored. Going forward, I will have a hard time not selecting any game between TCU, Baylor, OK State, Iowa State, and K-State, regardless of who the underdog is. These teams could all beat each other on any field, so even at the low value here I will take the 2 points.

Conference play is now fully under way for most teams, setting up some great even matchups across the slate. Will it produce any upsets or will any of the top teams falter against overmatched competition? Fill out your selections in the form below or click HERE if your browser doesn’t show the form on this page. Remember to get your picks in before the start of games you select – Week 6 Schedule. Good luck!