Matchday six of the 2021/22 Premier League season is coming your way this weekend, with a heavyweight clash being served up on Saturday as Chelsea host Manchester City at Stamford Bridge.

Chelsea currently sit at the top of the table thanks only to alphabetical order, as they have the exact same points and goal record as Liverpool after five games. Manchester City still remain amongst the favorites for the title, despite the fact they now sit in 5th place following their 0-0 tied game against Southampton last Saturday.

Below, you can check out our predictions for this weekend’s bumper Premier League clash. We’ll also cover all the variables and tell you where and when you can watch the game across the US this Saturday!

Chelsea Vs Manchester City: The Teams

Chelsea and Manchester City were the two strongest favorites for the Premier League title this campaign. With five matches of the 2021/22 season played, we take a look at where both teams currently stand, and how their prospects are looking now.

Chelsea finished last season as European Champions, beating Manchester City in Porto to lift the Champions League trophy for the second time in a decade. German Coach Thomas Tuchel has gone on to strengthen the squad over the summer, most notably with the $100million signing of Belgian Striker Rolmelu Lukaku.

Since Tuchel took over in January, the Chelsea defense has looked airtight – astoundingly, the Blues have now kept more clean sheets (shut outs) than they have conceded goals under the German! Saturdays 0-3 win away to Tottenham Hotspur now means that they have kept 15 clean sheets while only conceding 14 goals under Tuchel’s tenure.

Chelsea’s main problem last season, however, was at the other end of the field. They struggled to score goals, with center forward Timo Werner missing an abundance of clear-cut chances. The arrival of Romelu Lukaku looks to have been crucial, with the Belgian having scored three goals in four Premier League appearances thus far.

Are Chelsea still among favorites for the Premier League title?

Pep Guardiola’s Manchester City won a Premier League and Carabao Cup double last season but narrowly missed out on their much-coveted Champions League trophy to Chelsea. The Citizens have strengthened over the summer, with their marquee signing being the $136million midfielder Jack Grealish from Aston Villa.

However, an ongoing saga throughout the summer was their pursuit of England captain and Tottenham Hotspur striker Harry Kane. The player made it clear he wanted to leave Spurs, with City his preferred destination, while Pep made no secret of the fact that they were trying to get a deal done. Ultimately, though the Spurs chairman Daniel Levy held out and Kane stayed at his boyhood club, leaving Manchester City without a recognized center forward. 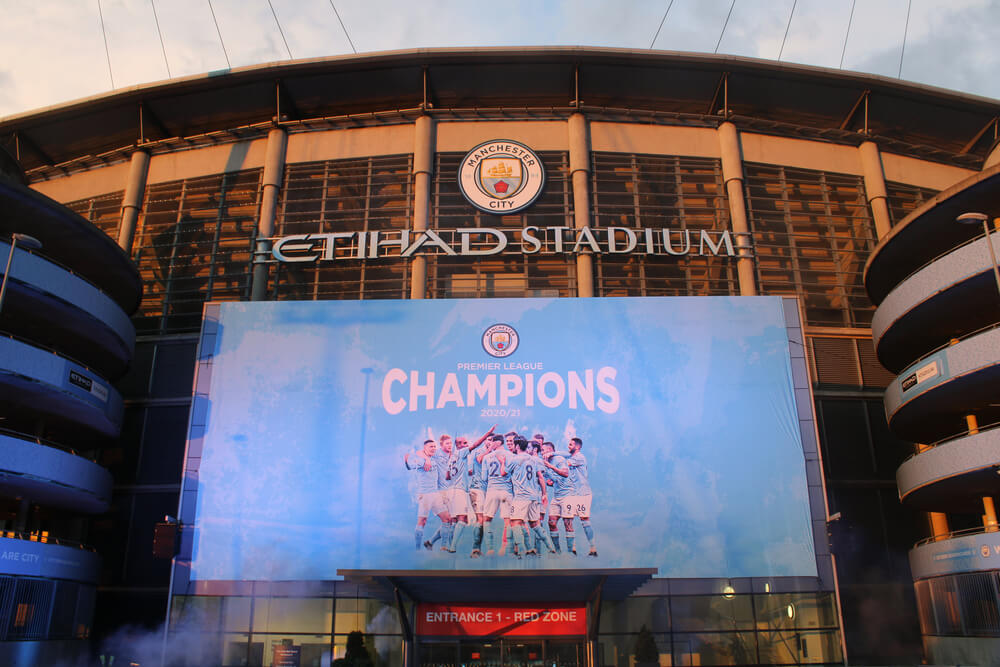 How has this affected Manchester City’s prospects of retaining their title?

With 11 goals in five Premier League games, it might not seem like Manchester City are exactly lacking in firepower – especially considering the fact they scored six goals against RB Leipzig in the Champions League last Wednesday.

That being said, their 0-1 opening day loss to Spurs and their 0-0 tie against Southampton both would’ve undoubtedly have been avoided had they signed either Harry Kane or Cristiano Ronaldo. The lack of a striker looks like it could definitely be the difference between the title and a 2nd or 3rd place finish for City.

Players to Watch and Predicted Line-Ups

Part of the reason why both Chelsea and Manchester City are favorites to win the Premier League is the fact that they both have squads deep enough to field two stacked starting 11s.

Manchester City do have some injury problems though, particularly at the back, with Stones, Laporte and Zinchenko all out. In the midfield, Pep will be without Rodri and Gündoğan. Chelsea are still without their US playmaker Christian Pulisic.

In terms of players who are fit, Chelsea will most certainly start their main man Romelu Lukaku, with Timo Werner looking likely to start on the bench. After his super-sub display against Tottenham after returning from injury, Kanté surely has to start the game on Saturday.

For Manchester City, we can expect an attacking trio of Sterling, Grealish, and Jesus to be serviced by Kevin De Bruyne. Nathan Ake is likely to start the game again, given the defensive injuries faced by Pep. 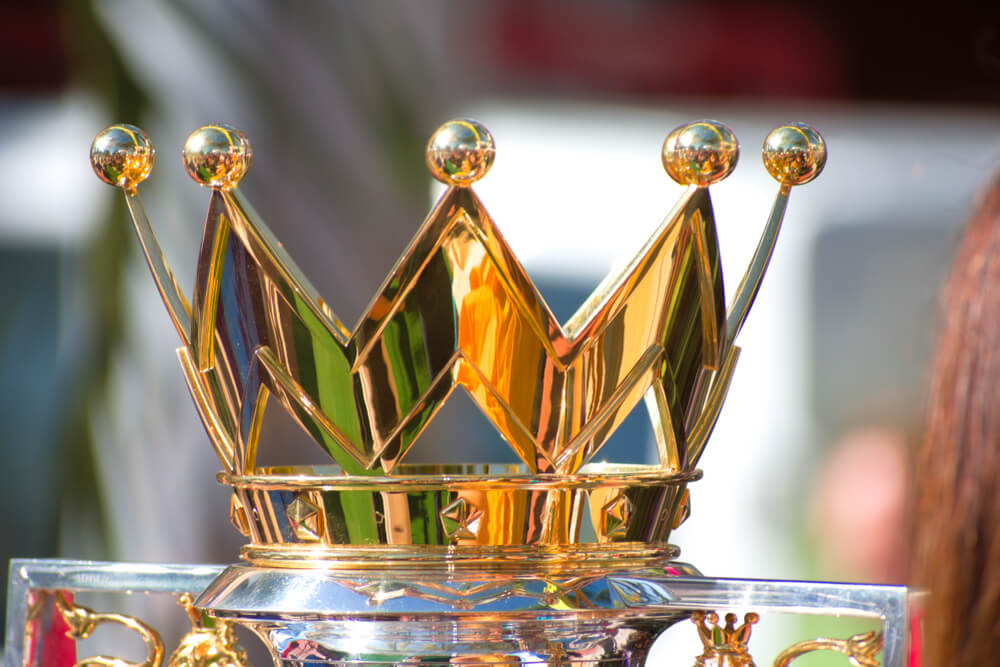 Chelsea vs Machester City: Where to Watch and US Kick-Off Times

You’ll need to set your alarm and get up early for this one, as Chelsea vs Manchester City in the Premier League kicks off at 7:30am Eastern Time.

In terms of where to watch, there are a few options available for the US audience. On TV, the game will be screened on NBCSN and Universo. For those of you looking to stream the game, fubo.tv and Peacock both stream Premier League games, and are both offering a 7-day free trial.

This is a tough one to call, given that both sides are stacked with quality, as well as strength in depth. If we look at the three meetings between these two teams since Thomas Tuchel took over at Chelsea, then things point to a home win. Tuchel has won all three of his head-to-head meetings with Pep Guardiola since he joined the Premier League.

However, all three meetings have only been decided by a single goal – so we can therefore still expect a tight game. A potential leveler could be the fact that Chelsea have a slightly trickier midweek game in the EFL Cup. They face a decent-looking Premier League outfit in the form of Aston Villa, while City faces League One side Wycombe Wanderers. 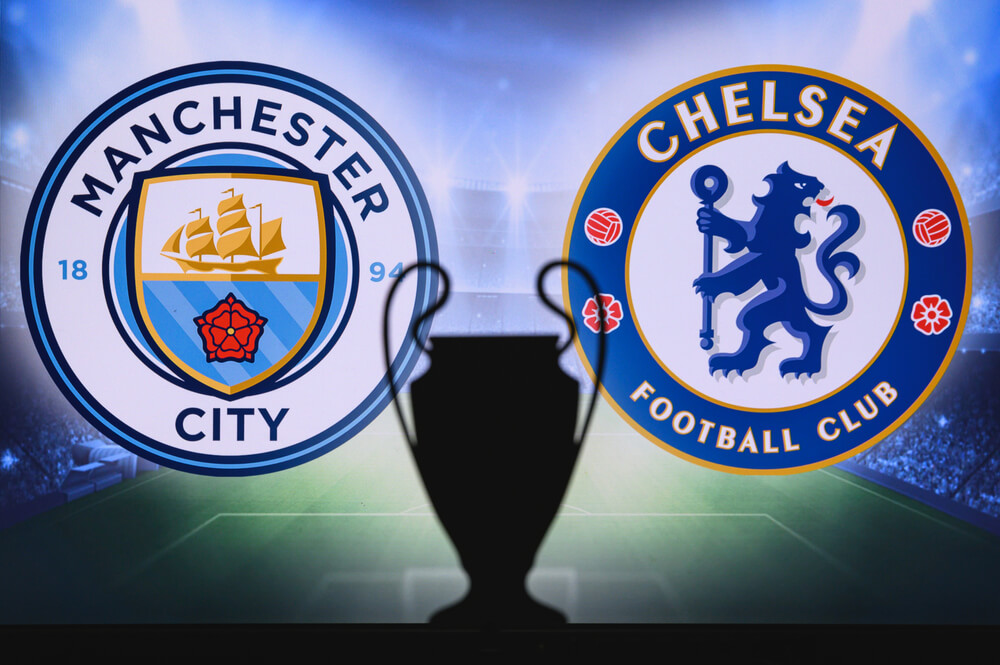 This game is so tight, that the majority of US online sportsbooks haven’t been able to pick a favorite. BetMGM, like most other sites, is offering odds of +175 for both a Chelsea win and a Manchester City win at the time of writing. Despite not much separating these two teams, a tied game is still the least favored outright bet at odds of +230.

Our top betting pick for the game

Given that the odds are looking pretty generous for two teams so evenly matched, the experts here at the Sports Fan Journal are backing a draw at +230 with BetMGM.

If you’re looking to add some value to that bet, then we recommend that you combine it with both teams to score and/or Romelu Lukaku to score anytime. You can claim your $600 risk-free bet welcome offer with BetMGM below!

The post Chelsea vs Manchester City | Predictions, Line Up and Where to Watch appeared first on .