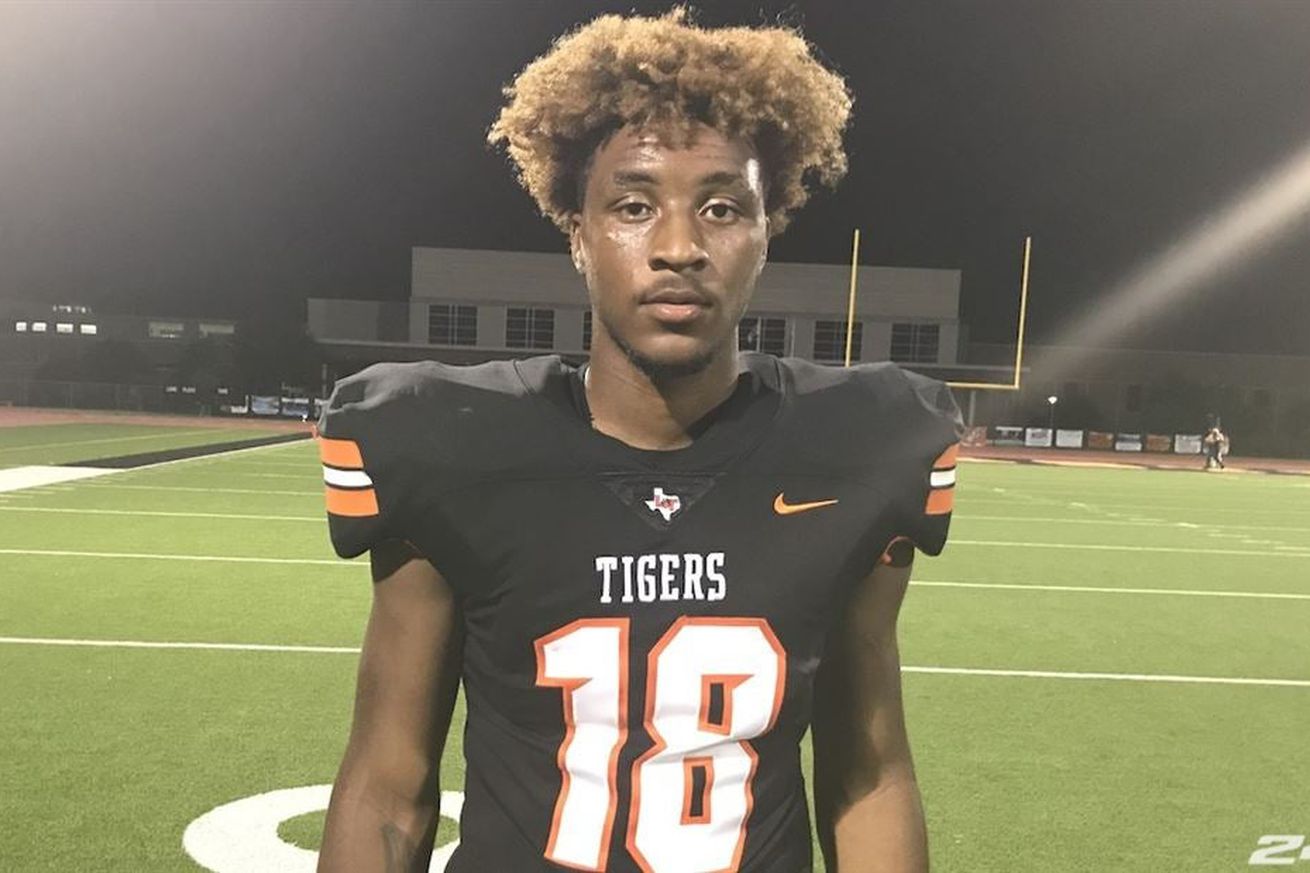 The Lancaster product is the first pledge in the cycle for the Longhorns.

On Friday afternoon, Texas Longhorns head coach Tom Herman seemingly teased a commitment for the first time with a simple tweet that only included a single emoji.

A half hour later, a Twitter user who makes edits for recruits officially broke the news that 2022 Lancaster wide receiver Phaizon Wilson committed to the Longhorns.

BREAKING: 4 ⭐️ WR Phaizon Wilson (2022) has just Committed to Texas!⁣
⁣
The 6’4 200 Prospect from Lancaster, TX chose the Longhorns over Texas A&M, Alabama, and others⁣
⁣
He is the first commit in Texas’ 2022 Recruiting Class pic.twitter.com/SUiXZ5jn4z

As mentioned in the tweet, the 6’4, 210-pounder holds some major offers, including Alabama, Auburn, Florida, and Texas A&M, ultimately choosing Texas over 15 other schools.

The Longhorns entered the race for Wilson in late April after hosting him for an unofficial visit in early February and eventually capitalized on the recruiting work of wide receivers coach Andre Coleman to land the program’s first pledge of the 2022 cycle.

Evaluating Wilson is difficult at this time — he posted eight catches for 137 yards and two touchdowns last season and only has a single four-second highlight on Hudl that features him blocking an opposing cornerback. So for now, the offer list has to speak for itself, although there is some 7-on-7 footage on Wilson’s Twitter page that shows off his hands, some rare shake for a wide receiver of his size, and an ability to high point the football.

Big boys can move to pic.twitter.com/G6WsnmGdHd

Betta try to play the hands or sum pic.twitter.com/KaxuhzdQwF

A consensus four-star prospect, Wilson is ranked as the No. 245 player nationally and the No. 31 wide receiver, according to the 247Sports Composite rankings.