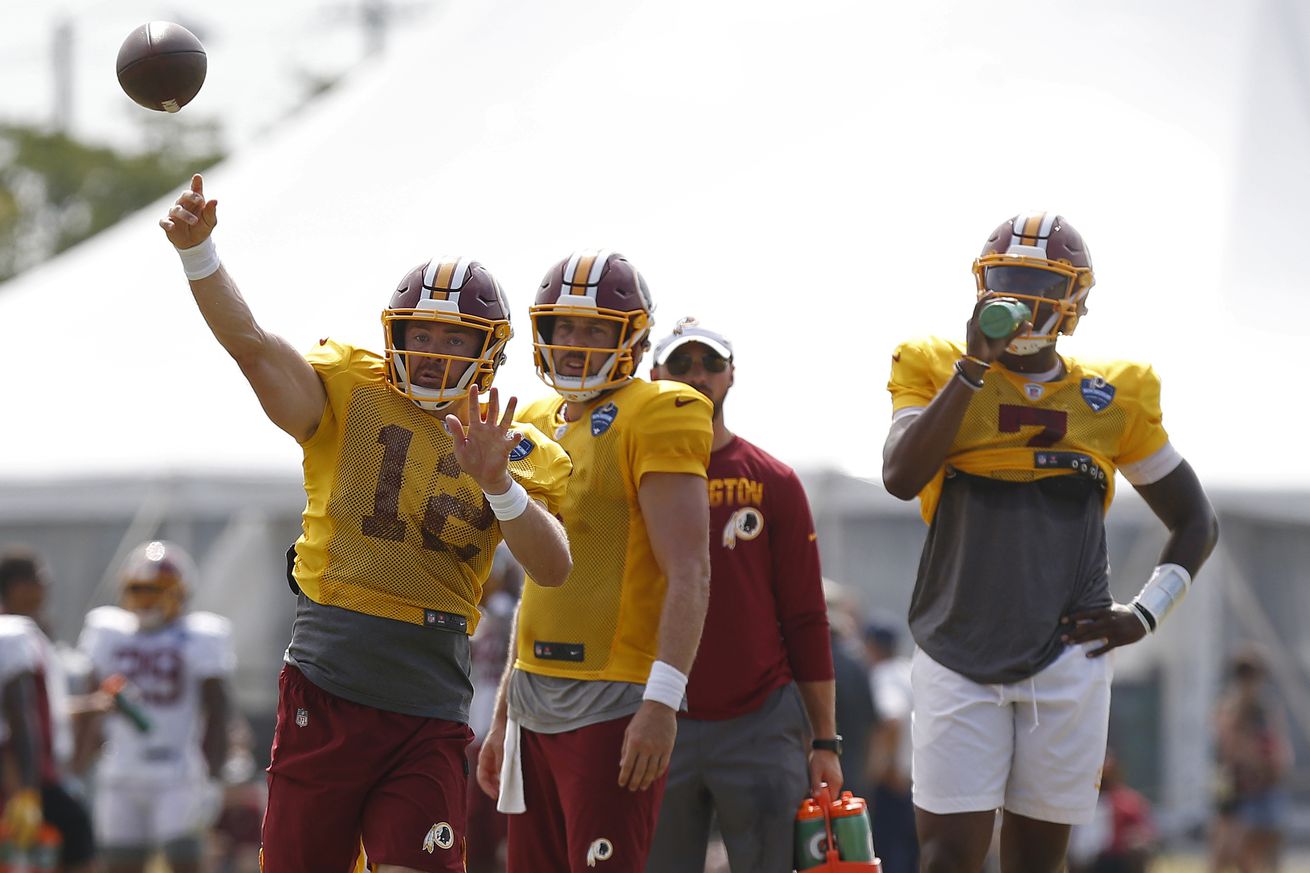 McCoy is finally back healthy and got the nod over rookie Dwayne Haskins.

Following a lengthy and grueling rehabilitation from a fractured fibula suffered last December that required multiple surgeries, Washington Redskins quarterback Colt McCoy is now healthy again and was named the starter for Sunday’s game against the New England Patriots by head coach Jay Gruden on Friday.

While McCoy worked through training camp to recover from a setback, Keenum earned the starting job over rookie Dwayne Haskins, but suffered a recent foot injury and tried to play through it last weekend against the New York Giants, but was pulled in the second quarter.

Haskins only completed 9-of-17 passes and threw three interceptions in his NFL debut.

McCoy hasn’t appeared in more than three games for Washington since signing with the Redskins in 2014 and playing in five contests. The former Texas standout started a game last season against New England and played well, but otherwise hasn’t had another start since early in 2016.