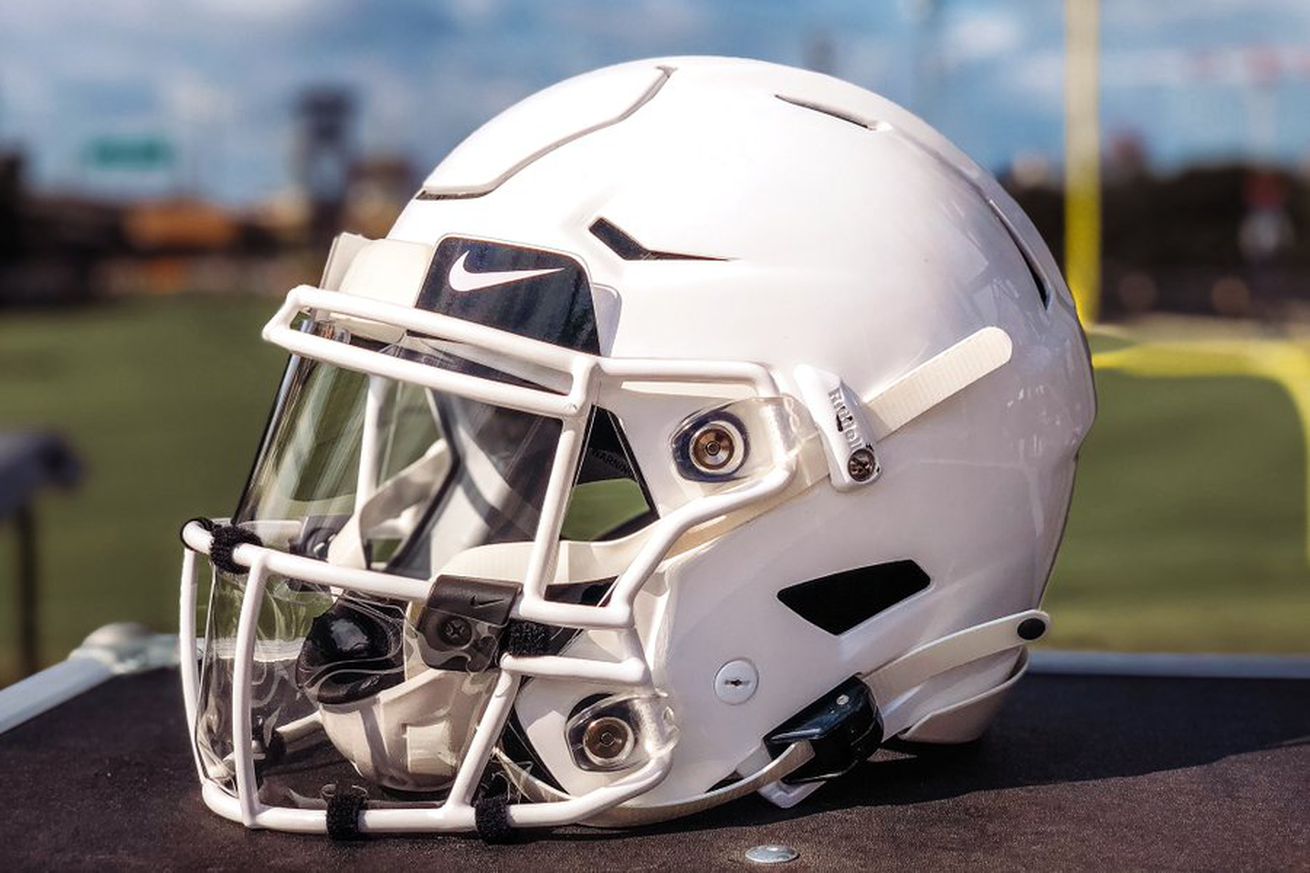 Schutt began developing the product in May an in effort to limit the spread of COVID-19.

On Friday, the Texas Longhorns revealed that the football program will wear Schutt’s “Splash Shield” helmet face guard this season in an effort to reduce the spread of COVID-19.

The two-piece full-face visor retails publicly for $24.99 and was designed to “block droplets from sweat, coughs, and sneezes.” Schutt began designing the Splash Shield in May and announced the product in June. It appears that Texas is pairing the Splash Field bottom with a standard visor upper provided by Nike.

When Schutt first revealed the product, players expressed concerns about fogging, but the manufacturer says that a drop of dish soap spread on the inside of the shield serves as a short-term anti-fogging measure.

If the product is actually functional enough to wear during practices and games — schools weren’t able to test the Splash Shield before ordering it — the hope is that, like wearing a mask, it could help reduce the danger of an asymptomatic player spreading the disease.

“You wear a mask to prevent those coughs or sneezes and the droplets leaving that mask area. It’s the same sort of mechanism we tried to create for a football helmet,” Schutt general manager Kip Meyer told The Athletic. “You have 22 players on the field. They’re close together, they’re tackling each other, they’re touching each other. What we’re trying to do is provide just an additional layer of protection of the nose, mouth, and eyes.”

Oklahoma and a number of other programs plan to wear cloth face masks from Performance Award Center in Texas instead of Schutt’s Splash Shield.

#NDSU head coach Matt Entz on @MicIzzo this morning: NDSU was one of the first universities to purchase facemasks that attach to the helmet. First time players will be wearing them today. 8 of the 11 Valley teams purchased them as well. pic.twitter.com/uSLYcWRd5q