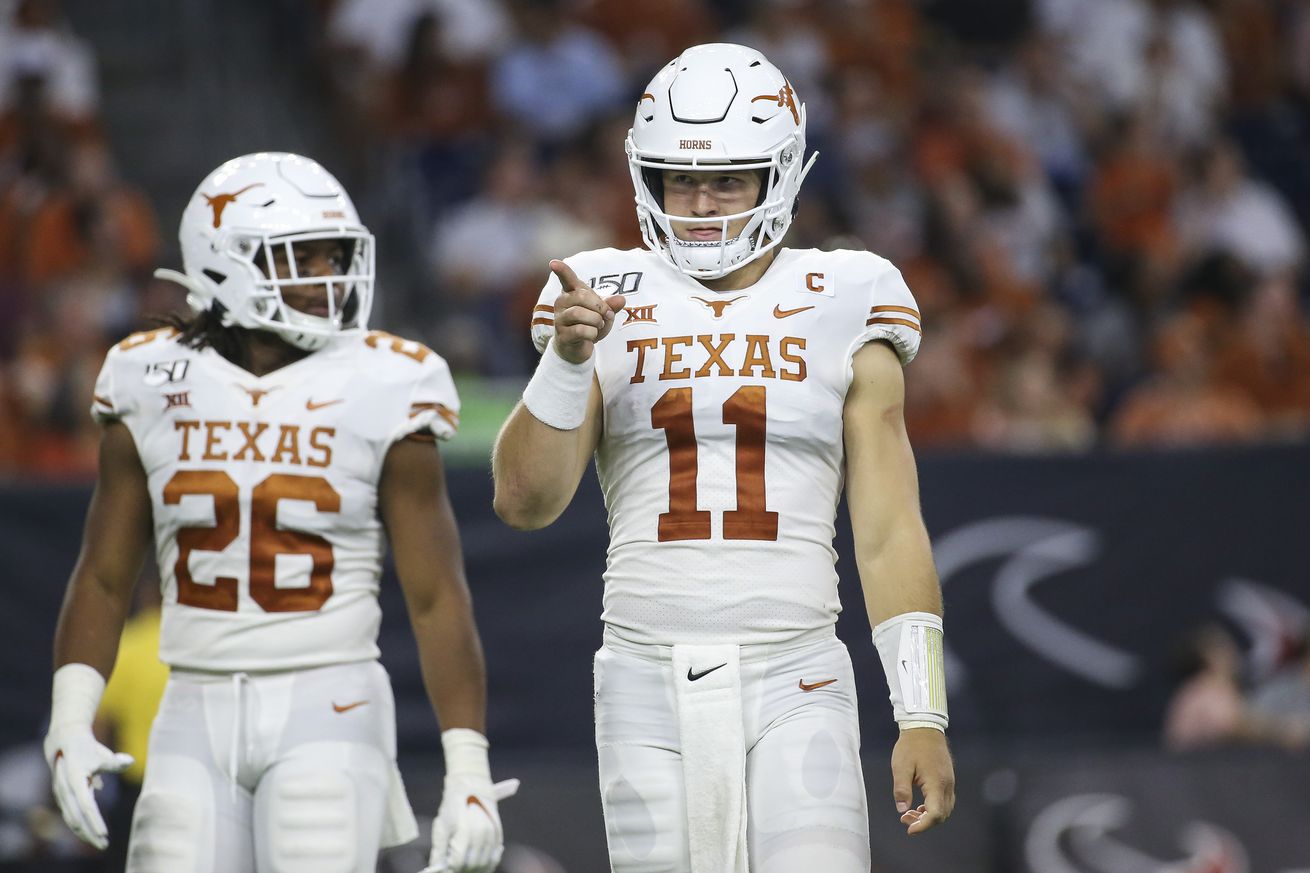 Aside from Air Force, the Longhorns have been the most efficient team in the country on third down.

If the Texas Longhorns offense looks different throughout the first third of the season, that’s because it is.

It’s much better. Much more efficient.

That’s arguably most evident on third down, the money down, when you move the chains or move to the sidelines.

Across all of college football, only one team — Air Force — has enjoyed more success moving the chains on third down than Texas. Of the 58 third-down attempts throughout the first month of the season, the Horns converted 33, making for a success rate of 57 percent. That figure is made even more remarkable when considering where the Longhorns were at this point last year, converting a mere 37.7 percent of their 61 attempts through the first four games.

Much goes into this success — one of the most notable factors is that Texas is routinely setting itself up with third-and-manageable situations. The Horns have needed to move the ball no more than six yards to move the chains on 62 percent of its third-down attempts (36-of-58), converting on 22 of those attempts. In such favorable situations, the playbook remains fairly wide open, which has allowed the Longhorns to continue running the ball on third downs, and they’ve done so 15 times when the sticks are six or fewer yards away, converting 10 of those attempts.

On other occasions, such as the 3rd and 9 Texas was faced with in the final moments of a 36-30 win over Oklahoma State, it certainly helps to have a mobile quarterback in Sam Ehlinger, who relied upon his legs to convert with a win-sealing 29-yard scamper.

“Once I knew I had the first down and the game was over, it was an incredible feeling,” Ehlinger said.

A far more efficient option than Ehlinger’s legs — or any running back on the roster’s legs — has been allowing Ehlinger to set up shop in the pocket and sling the ball to one of his numerous weapons at receiver (or running back).

Unsurprisingly, the third-down success leads to the Texas offense producing points at a much more impressive clip, with the Longhorns currently ranked No. 13 nationally and No. 2 in the Big 12 at 41.8 points per game.

This third-down success helping produce points was most evident during one particular stretch beginning with the second half of the LSU game and carrying over throughout the first four drives of the Rice game. Throughout this nine-series stretch, the Texas offense scored on each drive, including eight touchdowns as the Longhorns converted 13-of-16 third-down attempts.

And yet, of those three failed attempts throughout that stretch, Texas put points on the board on the very next play twice, with Ehlinger connecting with Devin Duvernay for a 44-yard touchdown strike on 4th and 3 against LSU, while Keaontay Ingram turned a 4th and 3 the following week into a 26-yard touchdown run.

To further put into perspective just how impressive and efficient Texas has been on third downs thus far this season, consider that the Horns ultimately finished among the top 20 nationally last season in third-down conversion rate at 46 percent.

Texas is now more than an entire 10 percent better than that effort, and that’s been quite apparent on the scoreboard, with the Longhorns scoring at least 36 points each time out, including a 45-point performance against Louisiana Tech and a 48-point showing against Rice, with each of those two instances seeing Ehlinger and the bulk of the offensive starters sidelined for the fourth quarter.

Going forward, though, this efficiency will be tested.

After matching up with a West Virginia defense that’s tied for 67th nationally in third-down defense, Texas will be pitted against three of the nation’s top 14 third-down defenses in as many weeks in Oklahoma (No. 2), Kansas State (No. 3), and TCU (No. 14).

That said, while that isn’t exactly ideal news for the Longhorns, there’s certainly some confidence and encouragement to be found in the fact that Texas is converting third downs at a more efficient clip than literally every college football team not named Air Force.