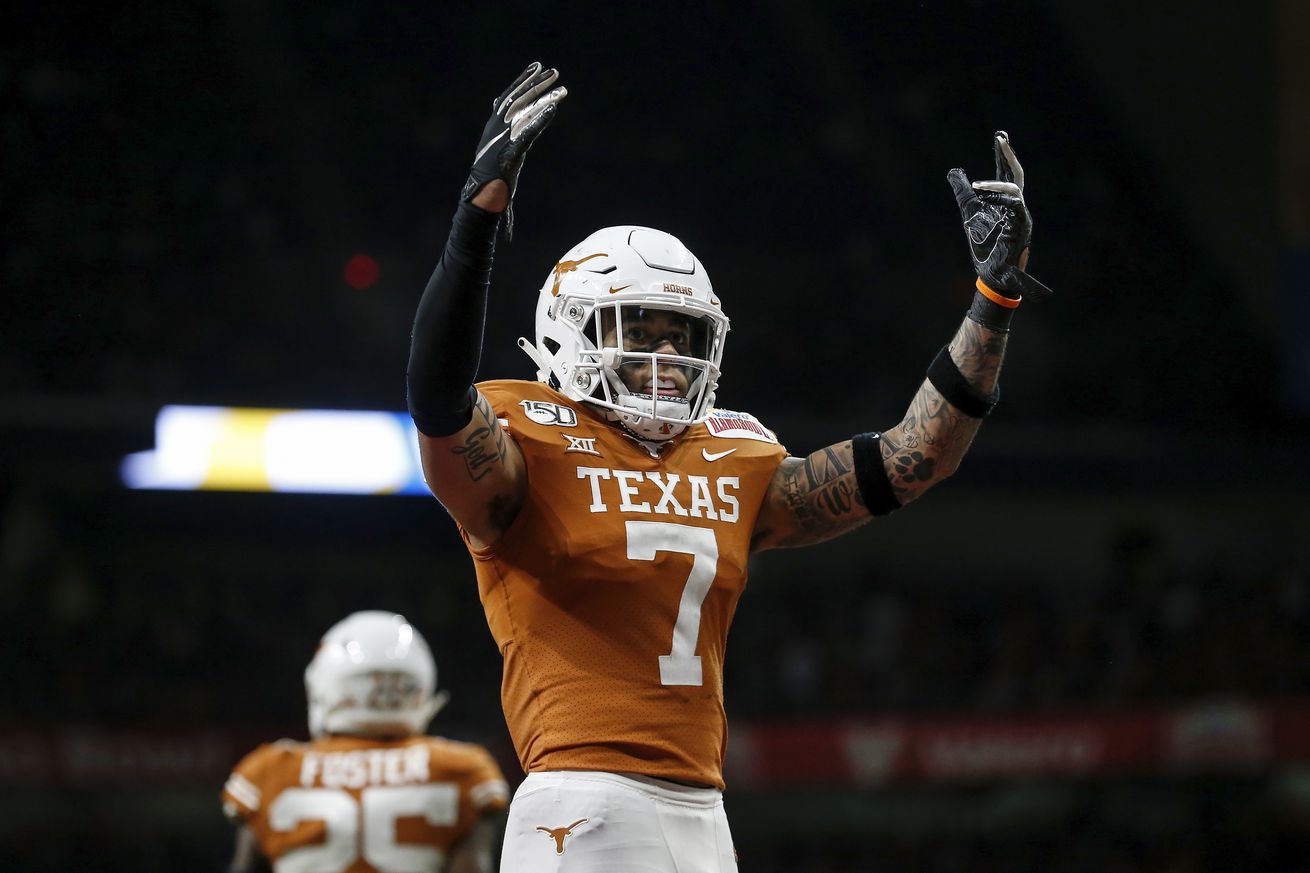 There’s been a bit of a youth movement under Tom Herman, but the Longhorns may finally have talent and experience this season.

In the three seasons since taking over as the head coach for the Texas Longhorns, head coach Tom Herman and staff leaned on the youth.

In the first 40 games of the current regime, 12 true freshman were called upon to start at least once, for a total of 43 starts from a player in his first year on campus. That means that on average, every game in the Herman era featured at least one newcomer in a starting role.

The need to call upon freshmen due to lack of depth and/or performance on multiple occasions seems odd taking into account the way Texas managed to recruit under Herman’s predecessor, a fact Herman clued in on early in his tenure at Texas.

“I was surprised that there’s not enough depth here as would seem to be with two ballyhooed recruiting classes in back-to-back years,” Herman said during a radio appearance prior to his first season at Texas. “We have a lot of work to do.”

Heading into 2020, that trend may finally be over.

Texas has not released an official depth chart, but based upon 2019’s key contributors and returning starters, Texas should begin the season with experienced players at nearly every position on both sides of the ball.

Texas returns 16 of the 22 starters from a year ago, but due to the need to play young talent early, that backfill will also feature players with proven on-field experience.

Wide receiver was most visibly hit by graduation, with Devin Duvernay and Collin Johnson taking a combined 57 career starts with them. However, even those spots will likely be filled by a player who has seen full-speed collegiate action.

Brennan Eagles is likely to step in and take over Johnson’s outside receiver spot, a player who started eight games in his first two years on campus and finished 2019 tied for second on the team in touchdown receptions. The man he tied with, Jake Smith, is one of two players who could fill in for Duvernay at the inside receiver spot, the other being Jordan Whittington who moved back to receiver after missing nearly all of his freshman year due to injury.

With that being said, relying on youth is not always a bad thing.

If we see a freshman make a similar contribution to the level Sterns did in 2018, the only true candidate is freshman running back Bijan Robinson.

Robinson steps into a running back room already stocked with junior Keaontay Ingram and now full-time running back Roschon Johnson, both coming off of solid seasons in 2019. If Robinson manages to push for playing time in that group, then Robinson, like Sterns before him, could quickly become one of the best players in the conference.

So for those 16 returning starters, including six seniors, the challenge now becomes turning experience into results and leaving Texas in a better spot than when they arrived four seasons ago.