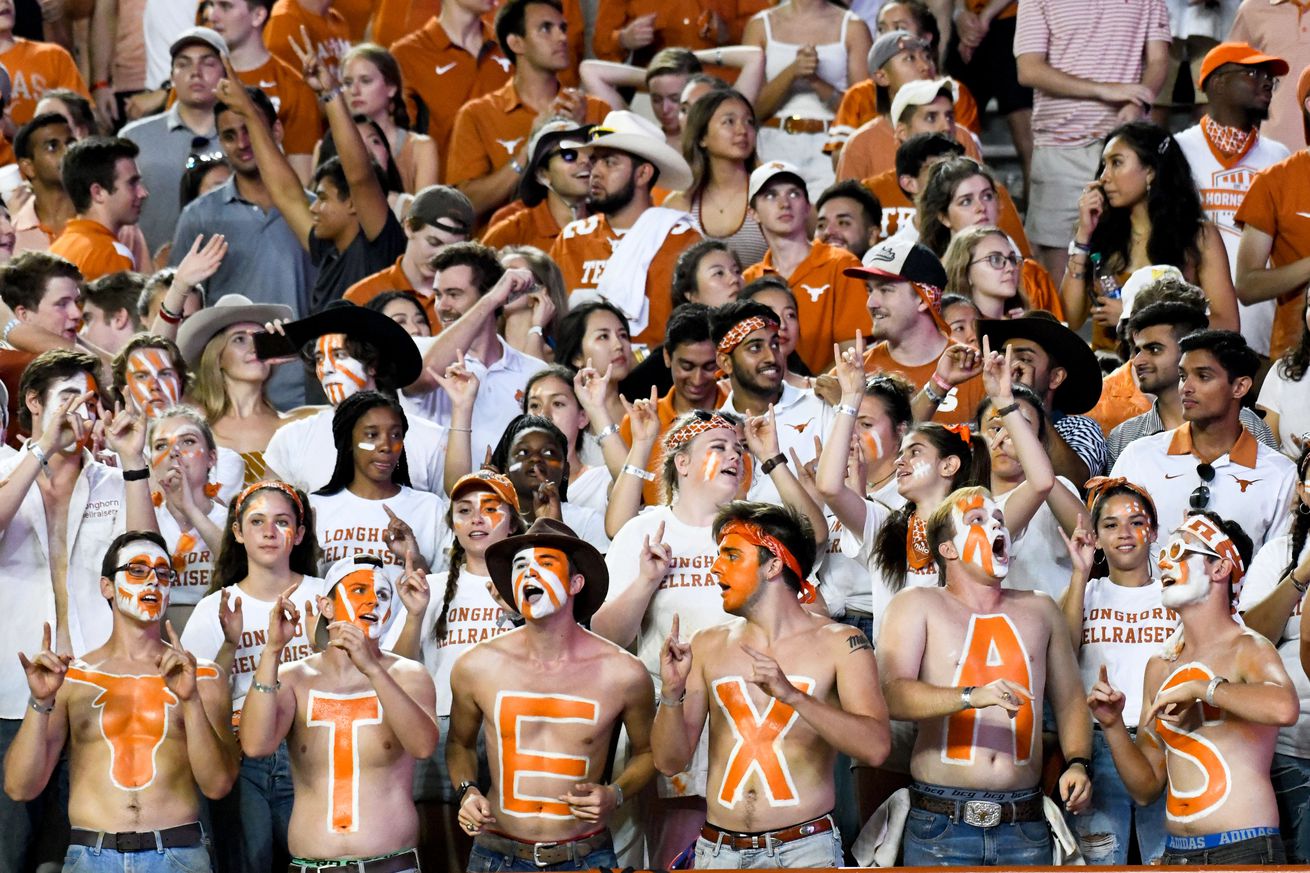 With no losses among the top 12 teams, the Longhorns remained at the same spot in this week’s poll.

The Texas Longhorns will travel to Morgantown to face the West Virginia Mountaineers next weekend as the No. 12 team nationally in the Amway Coaches Poll, which was released on Sunday. Texas also remained at No. 11 in the AP Top 25 Poll.

The Horns remained in the same position as last week while on a bye due to wins for every higher-ranked team that played this weekend. Only one team with a loss, No. 10 Notre Dame, which lost to No. 3 Georgia last week, is ranked higher than Texas.

Texas will now try to pull out a victory in the first true road game of the 2019 campaign. The Mountaineers are currently at 3-1 in Neal Brown’s first season with recent victories over NC State and Kansas. West Virginia is ranked as the No. 64 team nationally in this week’s SP+ rankings and feature the No. 77 offense and No. 55 defense.