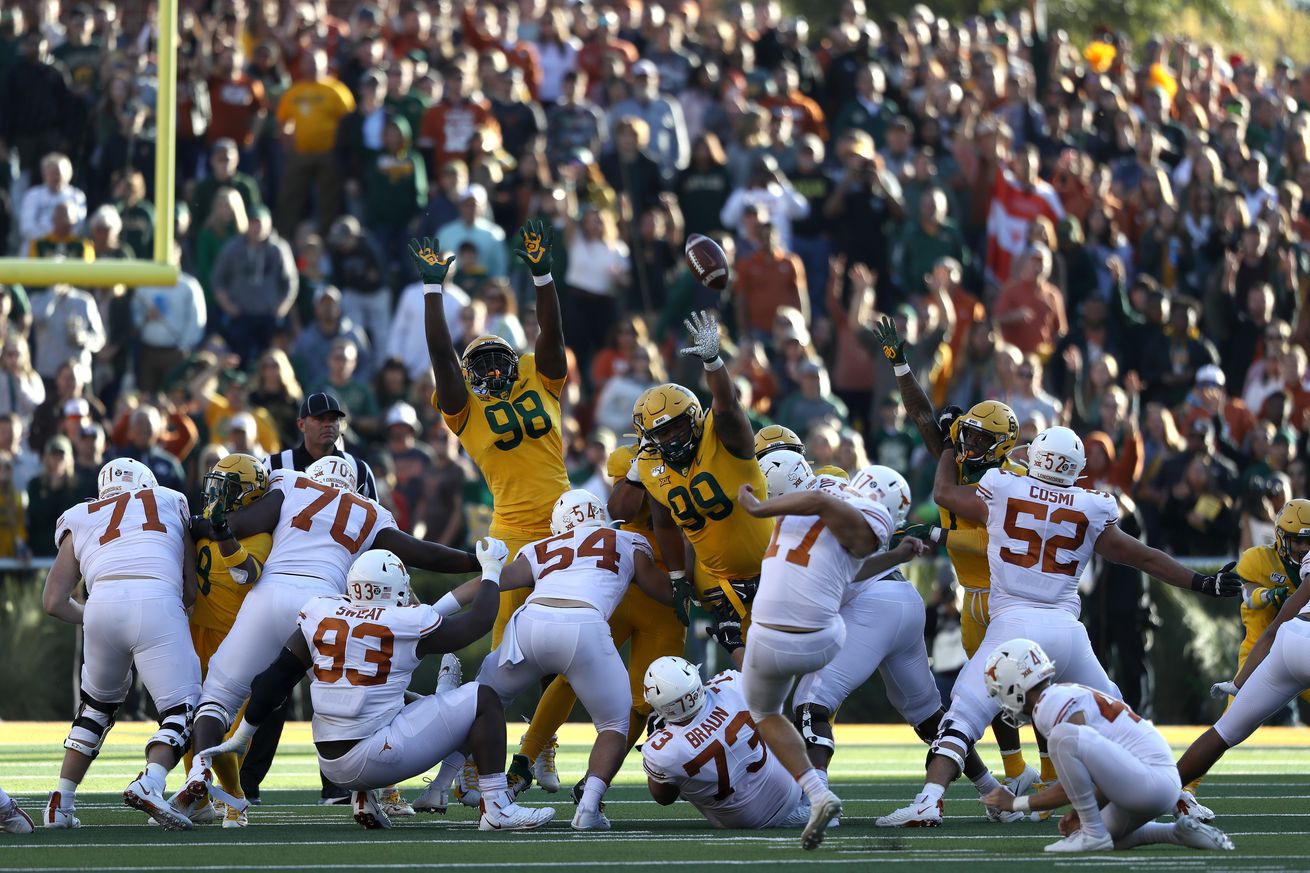 Another half of the season remains, but this is quite simply a must-win game for the Longhorns.

The last time the Texas Longhorns welcomed a team to Austin, Tom Herman’s program was 2-0 and ranked No. 9 nationally. That showdown with TCU sparked what’s now become a two-game losing streak, dropping Texas to 2-2 overall and 1-2 in league action, and furthermore, ignited the fire beneath Herman’s seat.

While all of Texas’ problems certainly can’t be fixed in a single afternoon, the Longhorns can — and quite frankly must — take a much-needed step towards turning their season around on Saturday afternoon with the Baylor Bears in Austin.

The Longhorns enter the matchup as 10.5-point favorites. We’ll see how that plays out at 2:30 p.m. CT on ESPN.

This is your game thread.