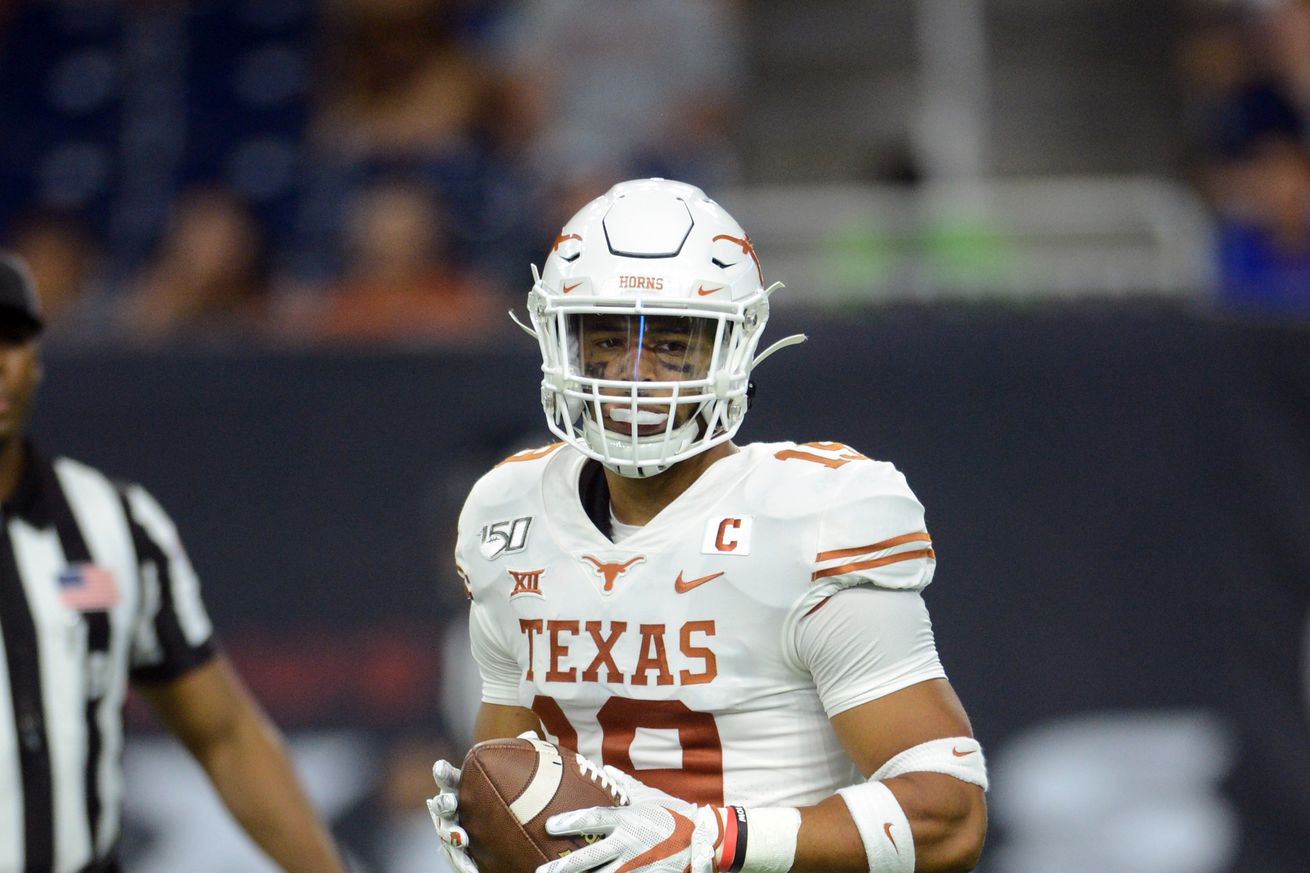 Jake Smith and Brandon Jones will continue to handle those duties after both fumbled against Oklahoma State.

Don’t expect to see Devin Duvernay or any other new faces back catching punts for the Texas Longhorns against the West Virginia Mountaineers in Morgantown this weekend.

Herman made that decision in part because there were reasons for both of those mistakes.

“They’re both unique instances when they dropped it,” Herman said.

For Smith, it was an issue of fundamentals — the ball got through his hands as Smith appeared to take his eyes off of it at the last second as he tried to fair catch it in traffic deep in Texas territory late in the first half. Most critically, Smith let his elbows get separated, a breakdown of his technique.

Smith currently has five returns for three yards as teams have generally tried to kick away from him. Perhaps more important to the calculations made by Herman and his staff, Smith hasn’t had any other shaky moments fielding punts this season. Like Duvernay, he’s also known for his strong hands as a pass catcher.

As Herman did in his post-game comments after beating the Cowboys, he took the blame for the mistake by Jones, who tried to field a shanked, 30-yard punt by Oklahoma State and fumbled it while sliding. Texas gave up a touchdown seven plays later, setting up the critical onside kick recovered by freshman safety Chris Adimora to preserve the 36-30 victory.

“We have harped on him for two years about fielding every punt because it drives you bananas as a head coach when you let punts drop and roll and you lose 20 yards because a guy won’t catch a darn punt,” Herman said.

As a result, Herman will make a point in the future of talking to his punt-safe returners in those situations about valuing possession more than field position.

“And we should have reminded him in the game, in that situation, if there is any stress on this, let the punt drop and let it roll, and we will take time off the clock, because the clock is more important at this point than the 10-15 yards that you could save us by being so aggressive,” Herman said. “So, he was doing what he thought he was being coached to do, which was, you know, save that field position, but at that moment in the game, we should have done a better job of alerting him of the situation.”

Jones has had some shaky moments as the punt-safe returner — he caught a punt inside the Texas 10-yard line down by three in the fourth quarter against Oklahoma State last year and lost seven yards to the 2-yard line.

The Longhorns weren’t able to gain any yards on that drive and punted from the end zone. Following a 10-yard return by Dillon Stoner, the Cowboys only needed to gain 35 yards to score a touchdown to stretch the lead to 10 points and effectively seal the game.

Jones also inexplicably tried to return a punt late against Rice when the job of the punt-safe return man is simply to fair catch everything.

But the coaching staff clearly trusts Jones enough to get him in that role and that won’t change this weekend.