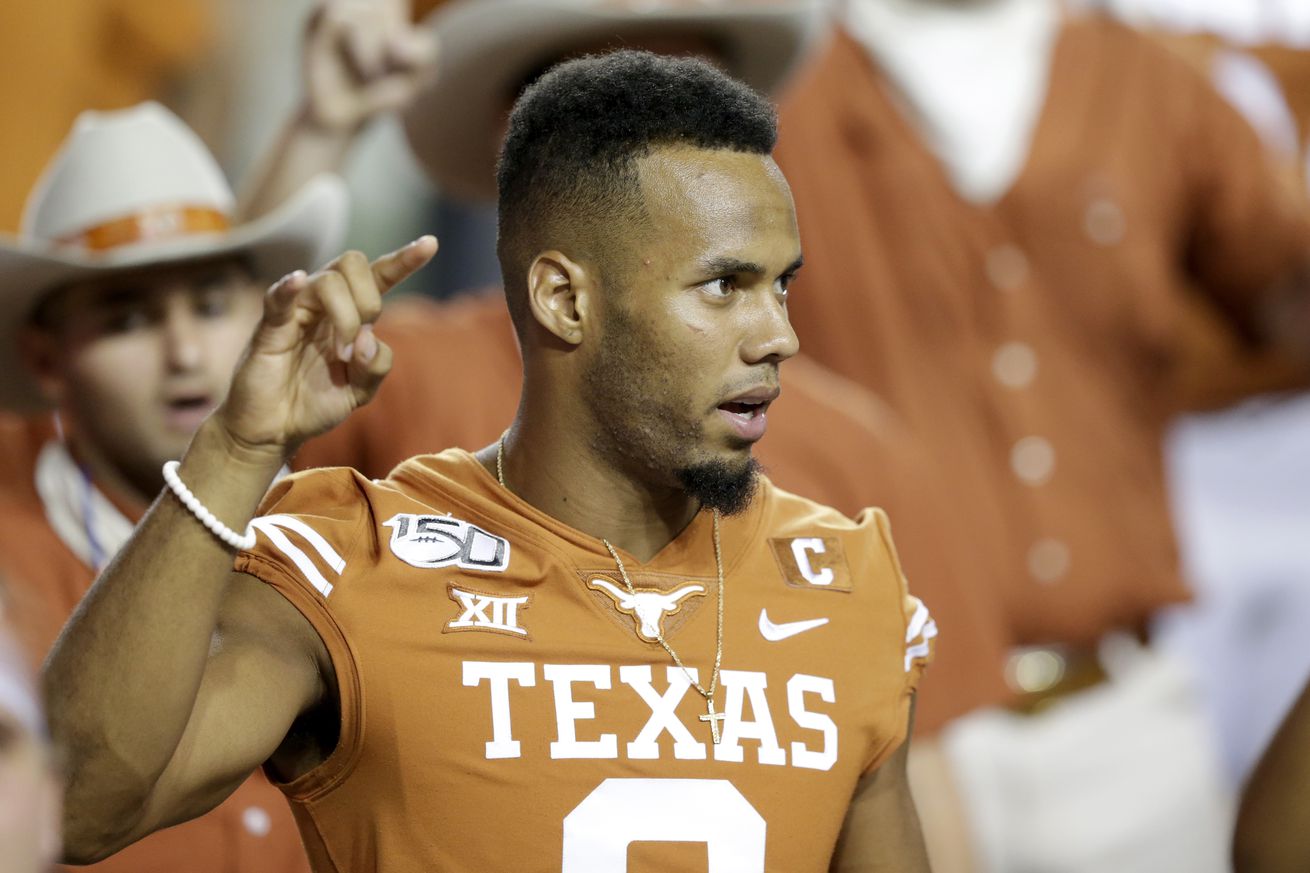 The senior receiver missed the previous two games with a hamstring injury.

After being sidelined for the previous two games against Rice and Oklahoma State with a hamstring injury, Texas Longhorns senior receiver Collin Johnson is available to play today as the Horns visit the West Virginia Mountaineers.

However, Johnson’s availability will be on an “emergency only” basis, Texas head coach Tom Herman told Longhorn Network.

Collin Johnson will be available for the Texas-West Virginia game today, but will be used for “emergency only,” per Coach Herman. pic.twitter.com/UgRBuMFrl9

Herman said on Monday that Johnson would be a game-time decision, and given Herman’s Saturday update that Johnson will only be used in the event of an emergency, it’s unlikely that he does actually play today with the Red River Showdown looming next Saturday.

In his two appearances this season against Louisiana Tech and LSU, Johnson has totaled seven receptions for 108 yards and one touchdown.

Starting in place of Johnson for the the previous two games has been redshirt freshman Malcolm Epps, who had caught five passes for 59 yards against Rice and Oklahoma State.