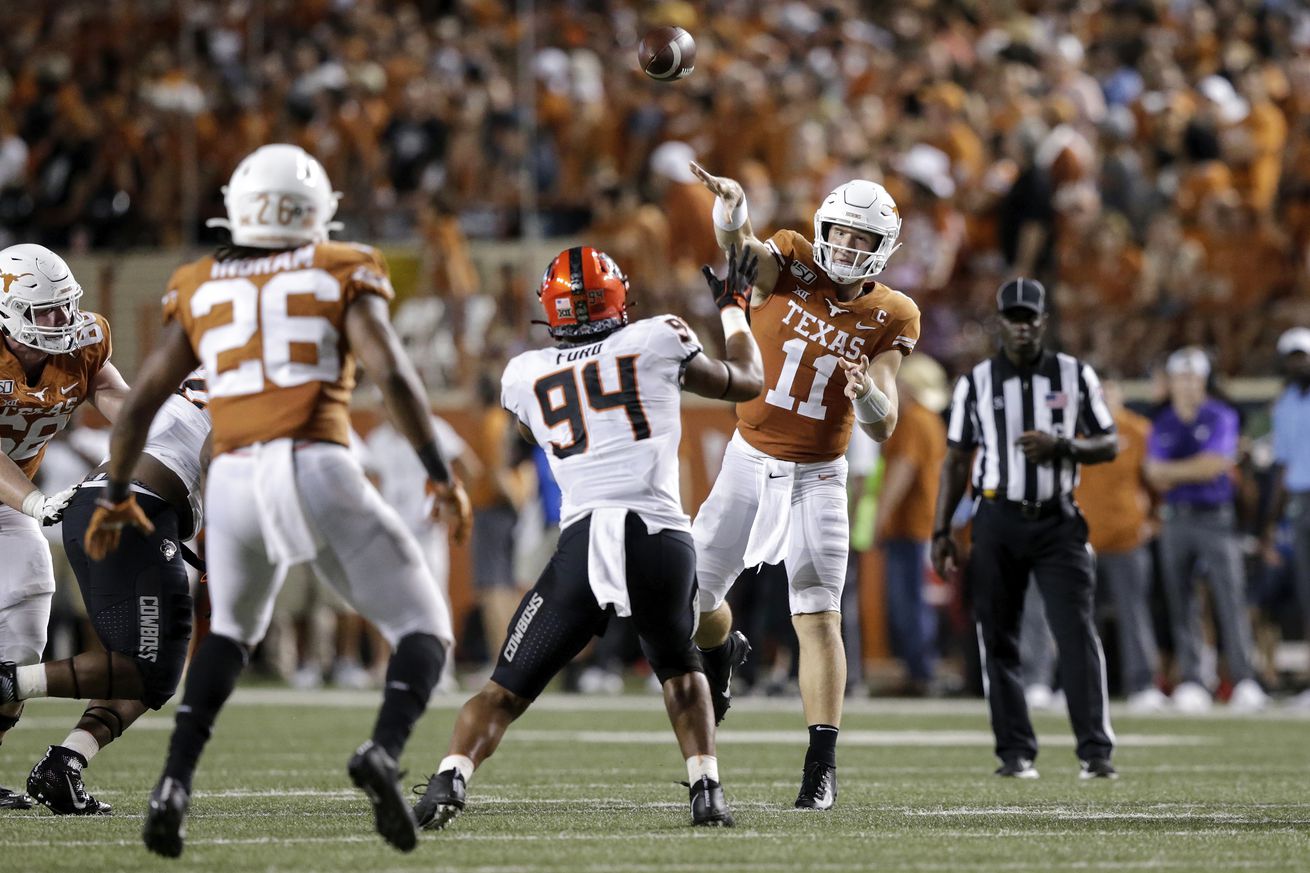 Texas needs to come out of the bye week strong and continue its early-season momentum.

The Texas Longhorns head to Morgantown for their first true road game of the year, taking on the West Virginia Mountaineers hoping to right one of the wrongs from the 2018 season.

WVU has struggled a bit on both sides of the ball, and with many Texas players still on the mend, it may serve as an opportunity to get some players up to speed, while also allowing for fine-tuning of position groups. B.J. Foster returns from injury, giving Texas yet another defender to add to the mix in the secondary, while Sam Ehlinger works to break in more receivers and spread the ball around.