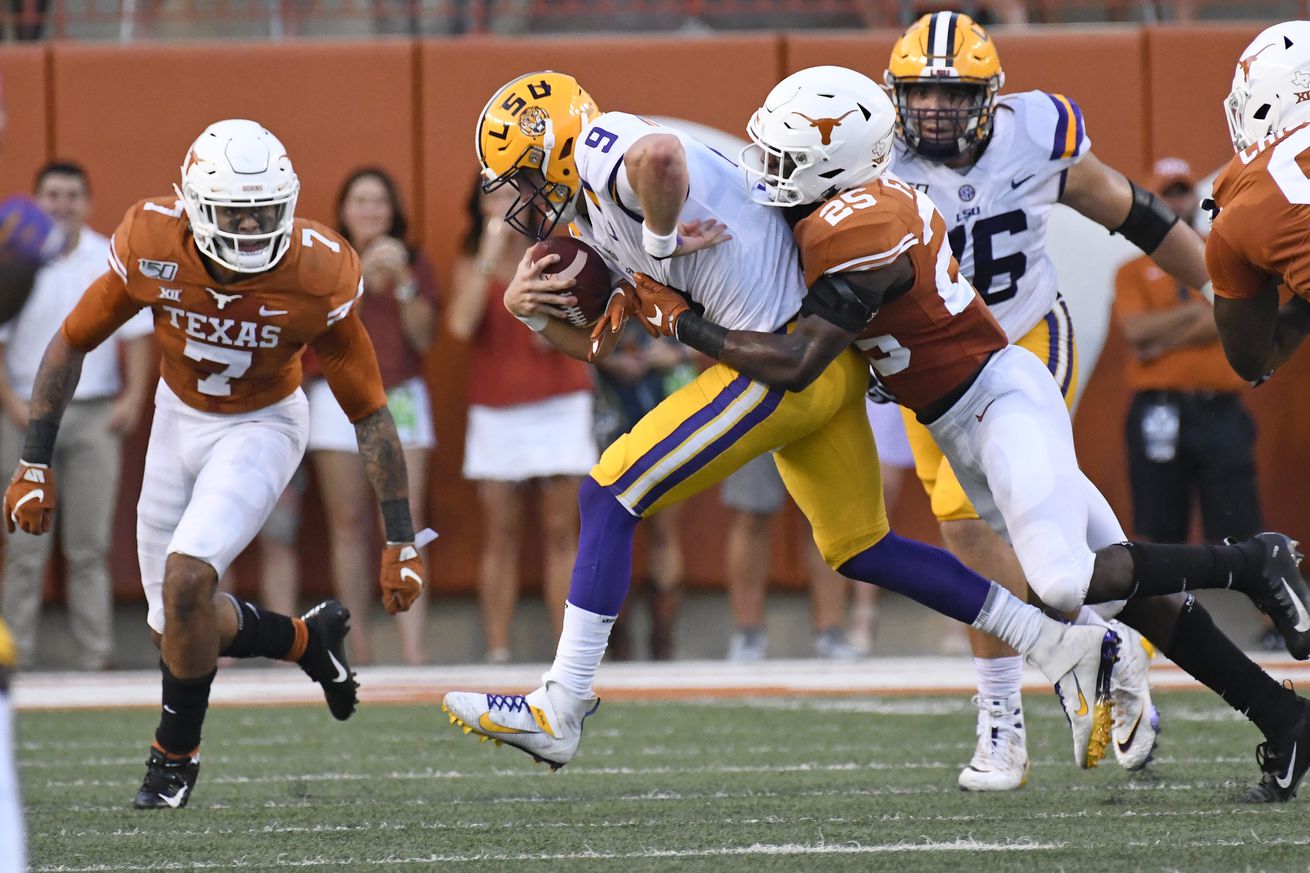 The Horns may get several players back against the Mountaineers.

Sophomore safety BJ Foster has missed the last two games due to a hamstring injury suffered against LSU, but Herman said that he’s probable this week after practicing on Sunday.

The news isn’t as definite for senior wide receiver Collin Johnson and sophomore safety DeMarvion Overshown. Johnson played through his own hamstring issue against the Tigers, then sat out the last two games. Overshown has also missed the last two games as a result of a vertebrae issue. Both are expected to practice on Tuesday and Herman said that he will know more about their status for this weekend at that time.

Freshman running back Jordan Whittington is now running again and hasn’t been ruled out for this weekend, but the expectation is that he won’t be cleared to play against the Mountaineers.