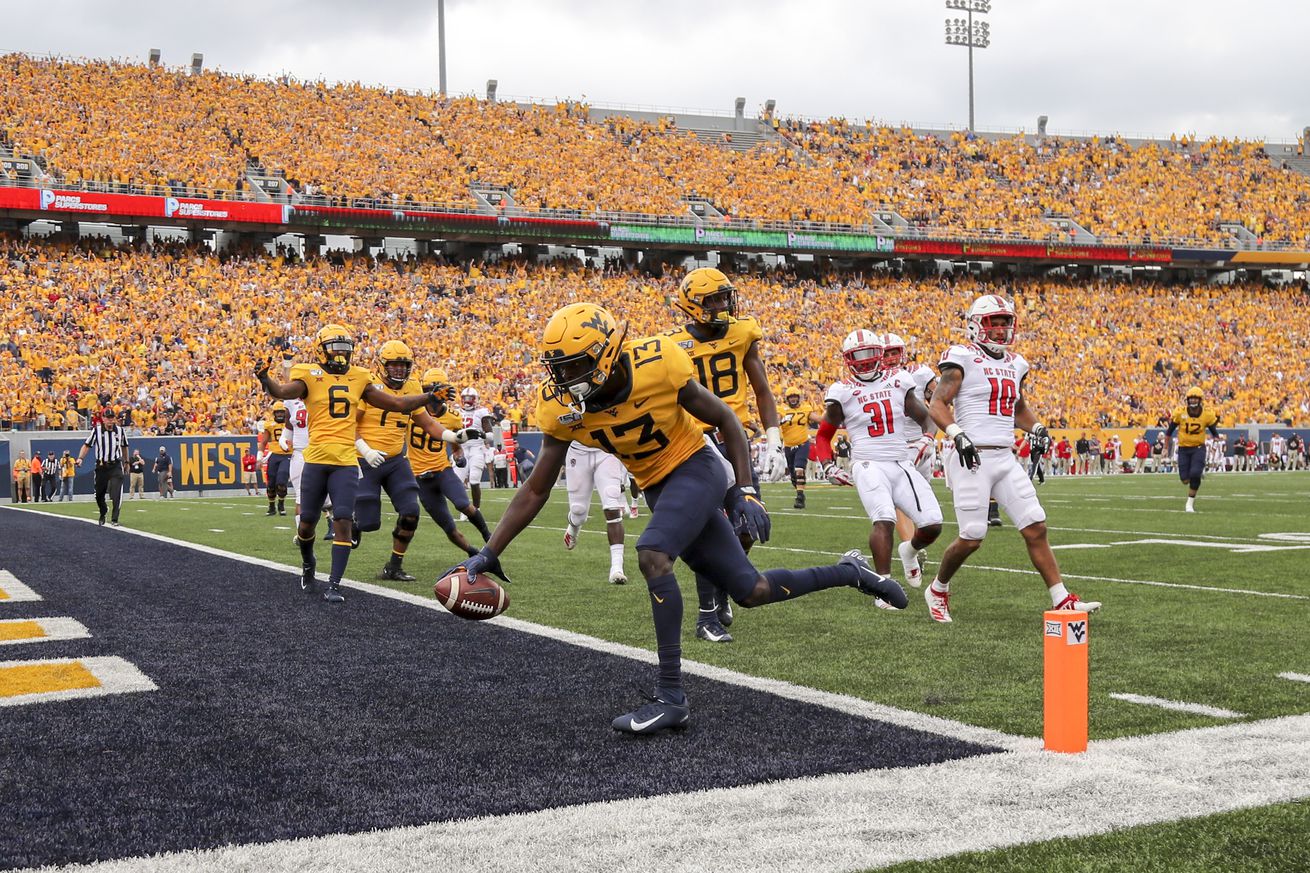 WVU’s Sam James isn’t a household name yet, but his early-season efforts demand some space on the scouting report.

To say the Texas Longhorns secondary is vulnerable would be a bit of an understatement.

A unit that entered the season lacking ideal experience became even further plagued by injuries during their most recent outing against Oklahoma State, with starting safety Caden Sterns (high-ankle sprain) and starting corner Jalen Green (dislocated shoulder) — the team’s only solidified starter at corner — each going down with ailments that will sideline them for at least a month. Fellow starter, nickel back B.J. Foster, hasn’t played since the LSU game with a “pretty significant” hamstring injury, nor has hybrid safety DeMarvion Overshown as he recovers from a vertebrae injury. And Josh Thompson, an experienced junior playing in an increased role due to the aforementioned injuries, is now sidelined for the season after suffering a foot fracture against the Pokes.

One, if not both of Foster and Overshown may be cleared to return in time for Texas’ upcoming road trip to West Virginia, but in any case, the same reality remains — a Longhorns secondary that currently ranks 98th in passing efficiency defense and 122nd in passing yards allowed is vulnerable.

The good news is unlike the Longhorns’ last outing, Tylan Wallace isn’t split out wide, and the multitude of weapons at wide receiver that Oklahoma will bring to Dallas still looms two weeks away.

On the other hand, though, in the meantime, West Virginia’s Sam James should prove to be a handful for a secondary that’s licking its wounds and replacing multiple starters.

James isn’t exactly a household name just yet, which isn’t too surprising given that he wasn’t even expected to headline the Mountaineers’ receiving corps — a role seemingly reserved for junior slot T.J. Simmons. But now a third of the way through the season, that narrative is being re-written as James has emerged as the early go-to target for junior quarterback and Oklahoma transfer Austin Kendall.

The redshirt freshman’s 26 receptions are 10 more than the team’s second-leading receiving, which is actually running back Kennedy McKoy, and he’s hauled in twice as many receptions as any other Mountaineers wide receiver, with the aforementioned Simmons totaling 13 thus far. More notably, before enjoying weekend away from action for the bye week, James’ 26 catches marked the best effort of any freshman receiver in the country, and his team-leading 263 yards was the third-most by a freshman, trailing only Colorado State’s Dante Wright (350) and Arkansas’ Trey Knox (299).

The bulk of his success came in a single showing against NC State, in which James turned nine receptions into 155 yards and a score en route to Big 12 Newcomer of the Week honors.

Though the numbers aren’t overwhelming elsewhere, he’s led the Mountaineers in receptions in each of his other three appearances, as well, hauling in six catches against James Madison and Kansas, and five against Missouri.

Given what James has put on film thus far, the fact that he’s quickly become Kendall’s safety blanket isn’t surprising.

The 6’2, 182-pounder features plenty of speed and explosive ability and for the most part, West Virginia finding ways to get him the ball in space has been their best offense, which, as evident against NC State, often means utilizing him in jet sweeps. More impressive is despite having just eight games worth of experience to his name, James has already flashed a knack for finding the soft spot in coverages and making himself available, especially across the middle.

And now, the Mountaineers will look to utilize James against a Texas secondary that, statistically speaking, will be the worst they’ve seen thus far this season.

That said, though Texas currently presents the Big 12’s worst secondary from a statistics standpoint, largely due to the 471 yards and four scores LSU amassed in a Week 2 win, the Horns’ most recent efforts do provide some sense of encouragement.

Following LSU’s explosive effort through the air, Texas limited Rice to only 179 passing yards and two touchdowns, and each of those scores and 103 of those yards came after Texas established a comfortable 38-0 cushion and began rotating backups into the game. Most recently, with one of the nation’s top receivers in town in Tylan Wallace, the Longhorns limited the Pokes’ star to just five receptions for 83 yards while forcing Spencer Sanders into a pair of interceptions and only 268 yards through the air.

Texas was without Green for the second half of that game, and without Sterns down the stretch. With each now sidelined for the foreseeable future, it remains to be seen how Texas replaces them, though given the depth at safety, an impressive showing from Montrell Estell against Oklahoma State, and the potential returns of B.J. Foster and DeMarvion Overshown, replacing Sterns shouldn’t be overly difficult.

Replacing Green, on the other hand, should prove a bit more challenging, and as far as the West Virginia game is concerned, impactful given that he’d be the matched up with James. The most likely scenario is that Kobe Boyce will return to the starting lineup, where he’ll likely join D’Shawn Jamison, who started opposite of Green against Oklahoma State and performed well. But in any case, given Boyce’s frequent struggles and Jamison’s inexperience, each will have their hands full should they draw the matchup with James, who’s emerged as arguably the top threat to a vulnerable Texas secondary next Saturday.