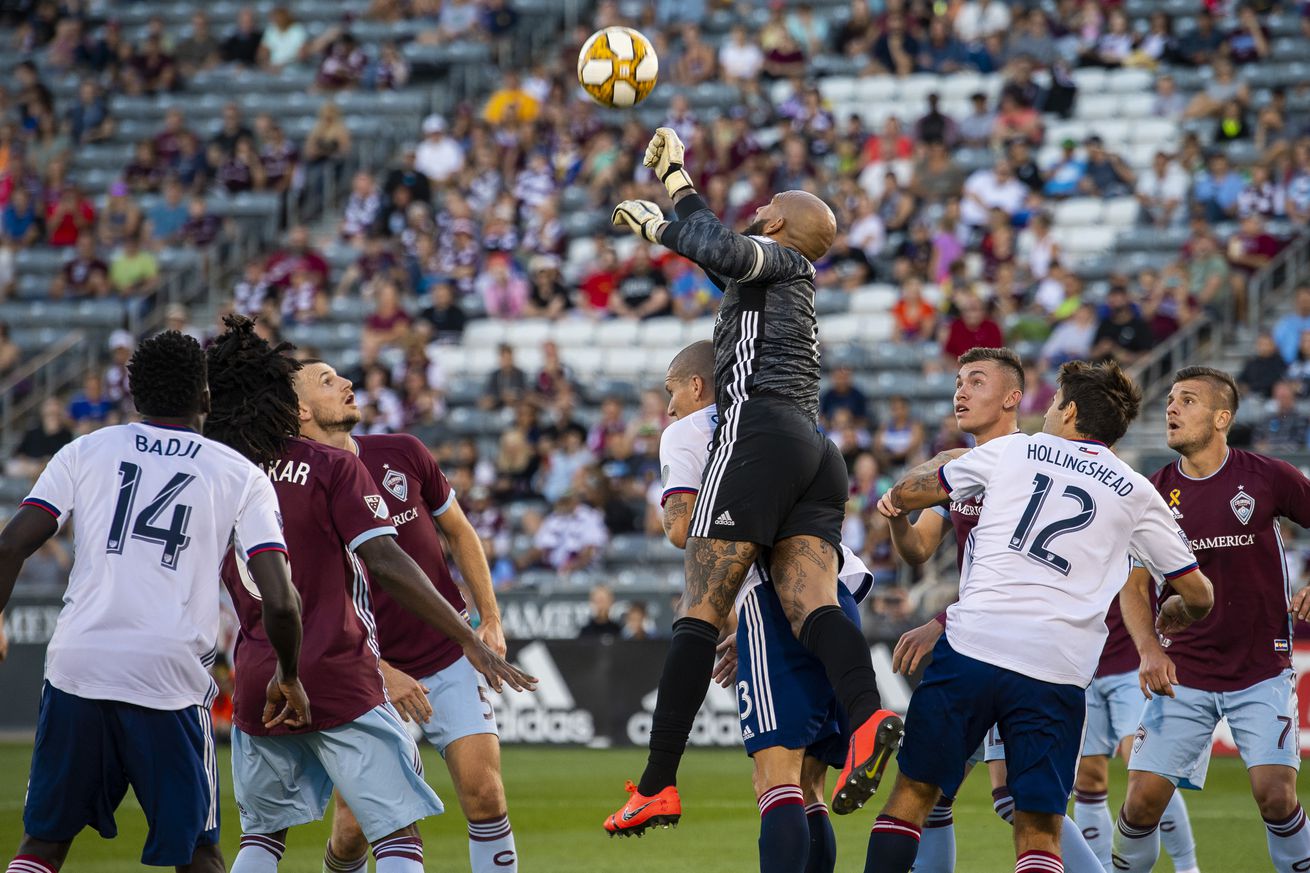 FC Dallas had a big game against Colorado, and fell flat on their faces. Let’s see which players made that possible.

FC Dallas failed to get three points again. This time with playoff implications, the team traveled to Colorado, and fell 3-0 to the Colorado Rapids.

Man of the Match: Jesse Gonzalez (7.8) – Despite the fact that three goals were scored against FCD, Jesse did everything super humanly possible to keep this team in the match:

Despite the outcome on Sunday, there’s no denying Jesse Gonzalez’s brilliant performance in this video, with multiple saves in a matter of seconds. #DTID pic.twitter.com/2OgkbVdraA

Reto Ziegler (5.8), Matt Hedges (5.7), Reggie Cannon (5.8) & Ryan Hollingshead (5.9) – Reto’s game has fallen off in the past couple of months, and I can’t help but think that he’s likely less than 100%. We’ve seen this before, with Victor Ulloa, where there was a sharp drop off in his play to end the season, and we later found out that he would need postseason surgery. Reto’s was having a fine season up until the past two months, and I can’t help but think that his situation looks awfully similar. The entire backline’s play, is the reason Jesse was under siege the entire match………..10 shots on target allowed. If the team is going to make the playoffs, they can’t afford a repeat performance come Decision Day.

Bryan Acosta (6.2), Paxton Pomykal (6.5) & Jesus Ferreira (6.2) – I get all excited when I see that Pax and Jesus are paired up together in the midfield. One thing we have learned however, is that the pairing doesn’t work without a true 6 (pure D-Mid). Acosta is more of a hybrid 6 or 8, who likes to get forward, and when he does, the backline is left exposed………something that Colorado exploited to good effect (for them).

This match proved the importance of Servania to this team. Brandon pairs well with Acosta, as he has a similar hybrid style, which allows one to go forward, while the other protects the backline when paired together. It also keeps Pax or Jesus higher, and more involved with the attack.

Michael Barrios (6.0), Dominique Badji (5.9) & Zdenek Ondrasek (6.3) – Cobra showed a new wrinkle in the match, as he had a couple off excellent crosses from the left wing, something I don’t recall seeing before. Cobra and the attack looked dangerous in the first half, but failed to capitalize on what few chances they had, and were hadly threatening in the second half.

Santiago Mosquera (6.6) – Jacori Hayes (6.1) & Ricardo Pepi (6.1) – Santiago had a fine “individual” match, as he played about as well as you can without scoring. I say individual, because his one-on-one stats were impressive (two shot attempts, beat four defenders on the dribble), while his “team” stats (such as 60% passing) were not good. It would have been nice to see what Santiago could do early, when the team as a whole was still playing aggressively. As for Pepi, it’s just nice to see him get some minutes, even if it does signal that the team is throwing in the towel

Luchi Gonzalez (5.4) – It’s down to crunch time, and Luchi does not have his team playing the best, like many of us had hoped for. He’s got one week left to figure it out, or the next player ratings, will be the last of this year.