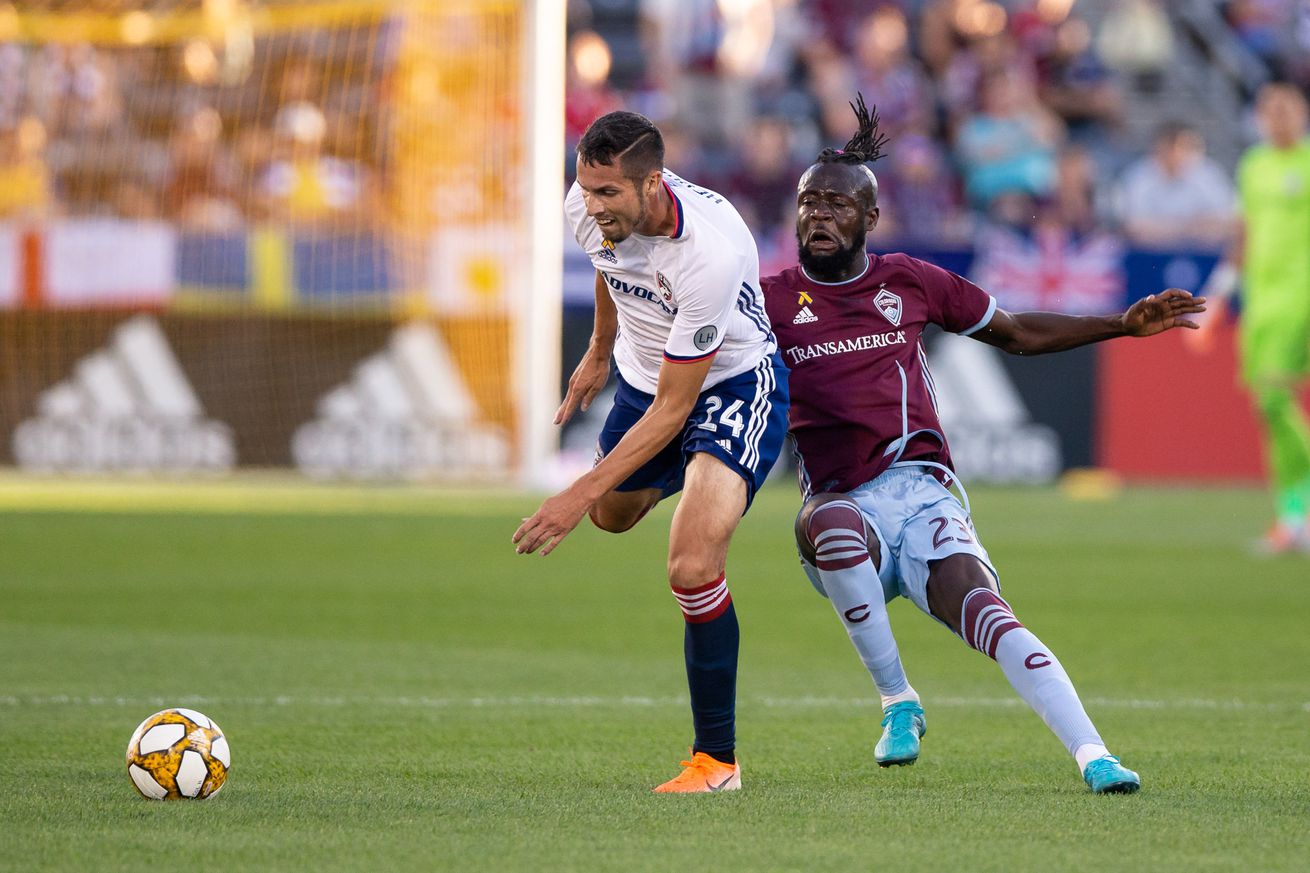 We’re going to have to make things interesting, aren’t we?

FC Dallas will have to attempt to clinch a playoff spot next week after dropping their final road game of the regular season to the Colorado Rapids 3-0.

The loss along with a draw by Portland and a loss by San Jose, means FC Dallas will have to go all out on Decision Day next Sunday.

Colorado broke the deadlock ten minutes in the match on a goal from Jack Price. The Rapids’ midfielder weaved his way through the Dallas defense before firing off a long-range shot that beat Jesse Gonzalez.

Gonzalez redeemed himself later in the half after Ryan Hollingshead was whistled for a handball in the box. Kei Kamara stepped up to the spot and hit a shot to his right that Gonzalez would push away to keep the score close.

Diego Rubio doubled the Rapids’ lead just before halftime on a goal off a free kick that beat Gonzalez low and to the far post.

Kamara added the insurance goal and redemption in the 72nd minute on a counter attack that saw him and Nicholas Mezquida do a give and go that beat Gonzalez at the near post.

Instant reaction: Obviously this wasn’t the way we wanted FC Dallas to wrap up things on the road this season but this game perfectly showed what this season has been about…a lot of blown chances, questionable calls and rough defensive play.

Man of the match: Yeah, its gonna have to be Jesse Gonzalez here for me. Despite the three goals, he made save after save tonight to keep this one as close as possible.

What’s next for FC Dallas: The club closes out the regular season next Sunday on Decision Day as they host rivals Sporting Kansas City.