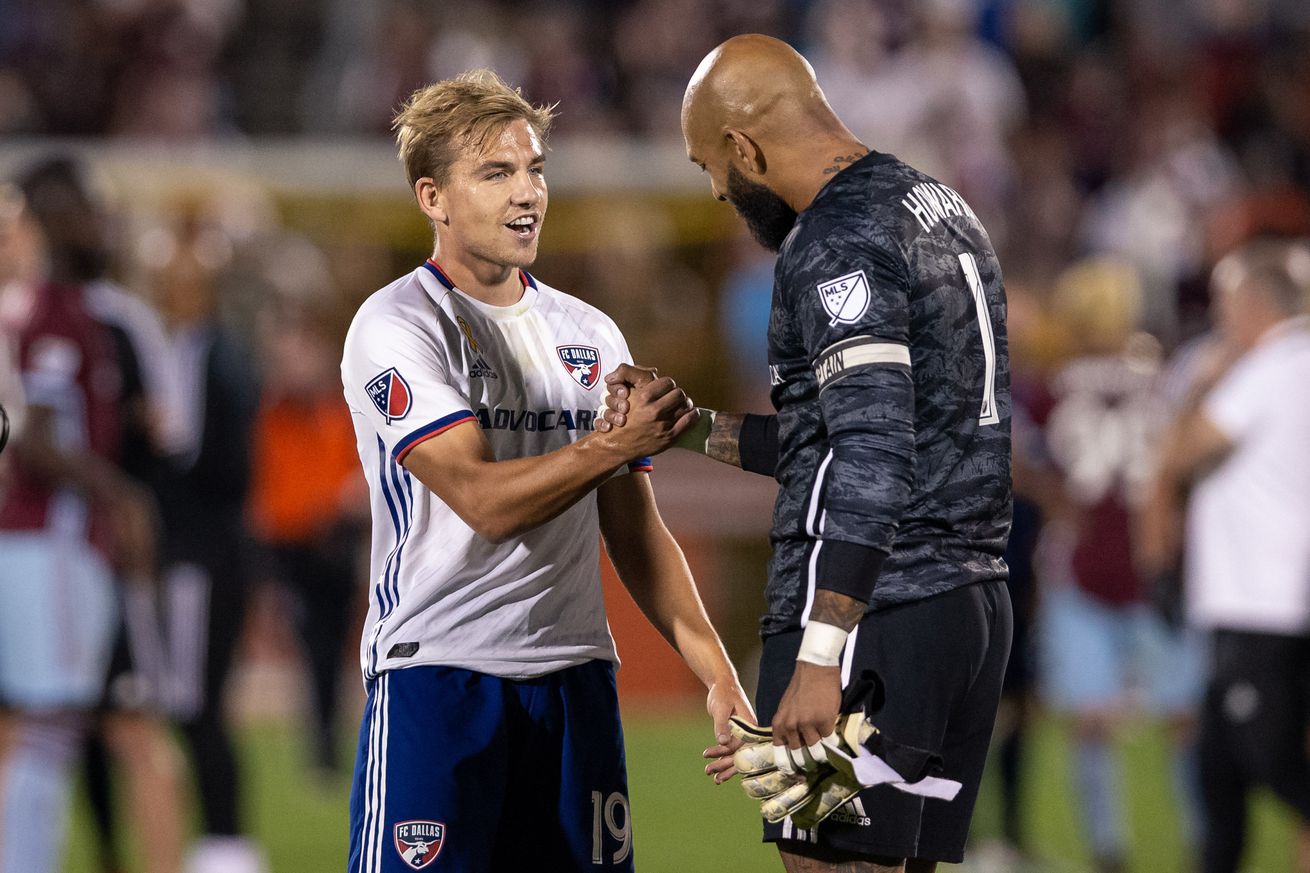 Things didn’t not go FC Dallas’ way last night in Colorado as they dropped yet another road game on the season, leaving everything to play for this coming Sunday.

FC Dallas gets shutout on the road in a 3-0 loss to the Colorado Rapids – Big D Soccer
We’re going to have to make things interesting, aren’t we? Last night was pretty pathetic though overall.

POSTGAME: Luchi Gonzalez Following the 3-0 Loss to the Colorado Rapids | 9.29.19 | FC Dallas
Hear head coach Luchi Gonzalez’s thoughts on the match, takeaways from the week, and what they can build on for the remainder of the season to make it in to playoffs.

Armchair Analyst: All 24 MLS teams in review | Week 30 analysis | MLSsoccer.com
There was a lot to breakdown from Sunday’s coast-to-coast action in MLS. Doyle gives us his take from every game including a mention of how un-fun it has been for FCD this past month.

Timbers to appeal Fernandez red card as they aim to book playoff ticket | MLSsoccer.com
So much drama heading into the final week and then you go and add something like this on top of it.

What You Take With You, What You Leave Behind: Chicago Fire 2, Toronto FC 2, MLS Game Recap – Hot Time In Old Town
In a fitting end for both 2019 and the Bridgeview Era, the Fire drop points at home in a messy performance.

Earthquakes vs. Sounders, recap: Jordan Morris scores game-winner in 94th minute – Sounder At Heart
Sounders grab their third stoppage-time winner of the season. Which FCD fans should send a thank you basket to Seattle today for that.

Allianz Field surface to be relaid ahead of potential Minnesota United playoff game | Pro Soccer USA
Well, that isn’t a good look for a new stadium.

Sporting KC’s Peter Vermes talks about the season and the future – The Blue Testament
Sporting Kansas City’s manager discusses a wide range of topics from the last two games to age to the need for high quality players.