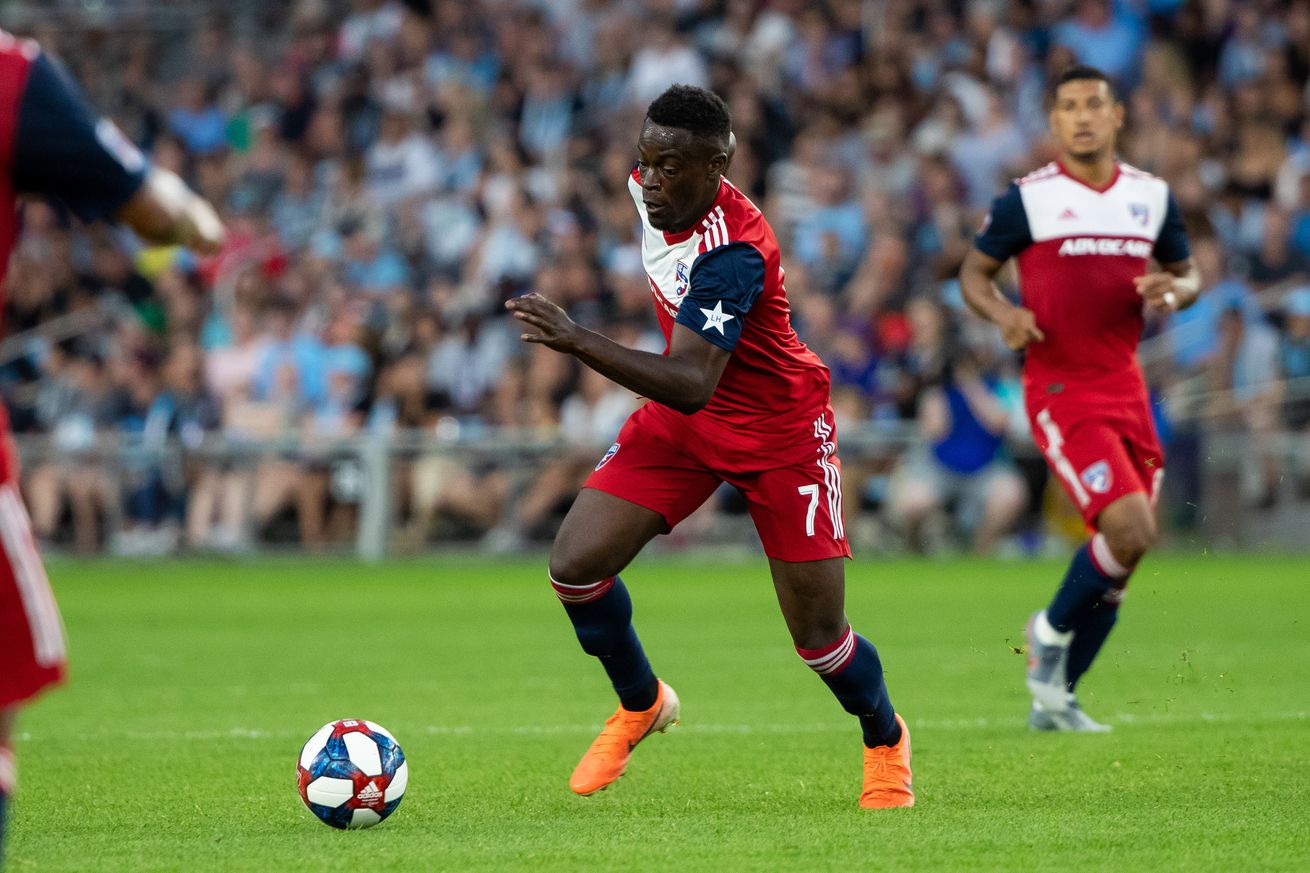 Lack of playing time in Frisco hasn’t helped much.

There has been a bit more chatter lately over FC Dallas midfielder Edwin Gyasi in recent days. Last week there was talk about how he has adjusted to life in Dallas and then the league’s summer transfer additions player salaries were reveal, which included Gyasi.

New reports today state that once the MLS season is over, the Ghanaian winger will make a return to CSKA Sofia in January (nearly all MLS deals, including loans end on December 31) due to lack of playing opportunities. Gyasi was brought in on loan back in July with an option for FC Dallas to purchase his contract from the Bulgarian side.

As we’ve discussed on here a few times, Gyasi has only played in four matches since joining the team. During that stretch, he’s started once and came off the bench to total just 82 minutes of play. Definitely not the return on a TAM signing that we would have expected.

Is anyone surprised to see this news? Also, where does Gyasi go down in the list of all-time disappointments for FCD in the transfer market?