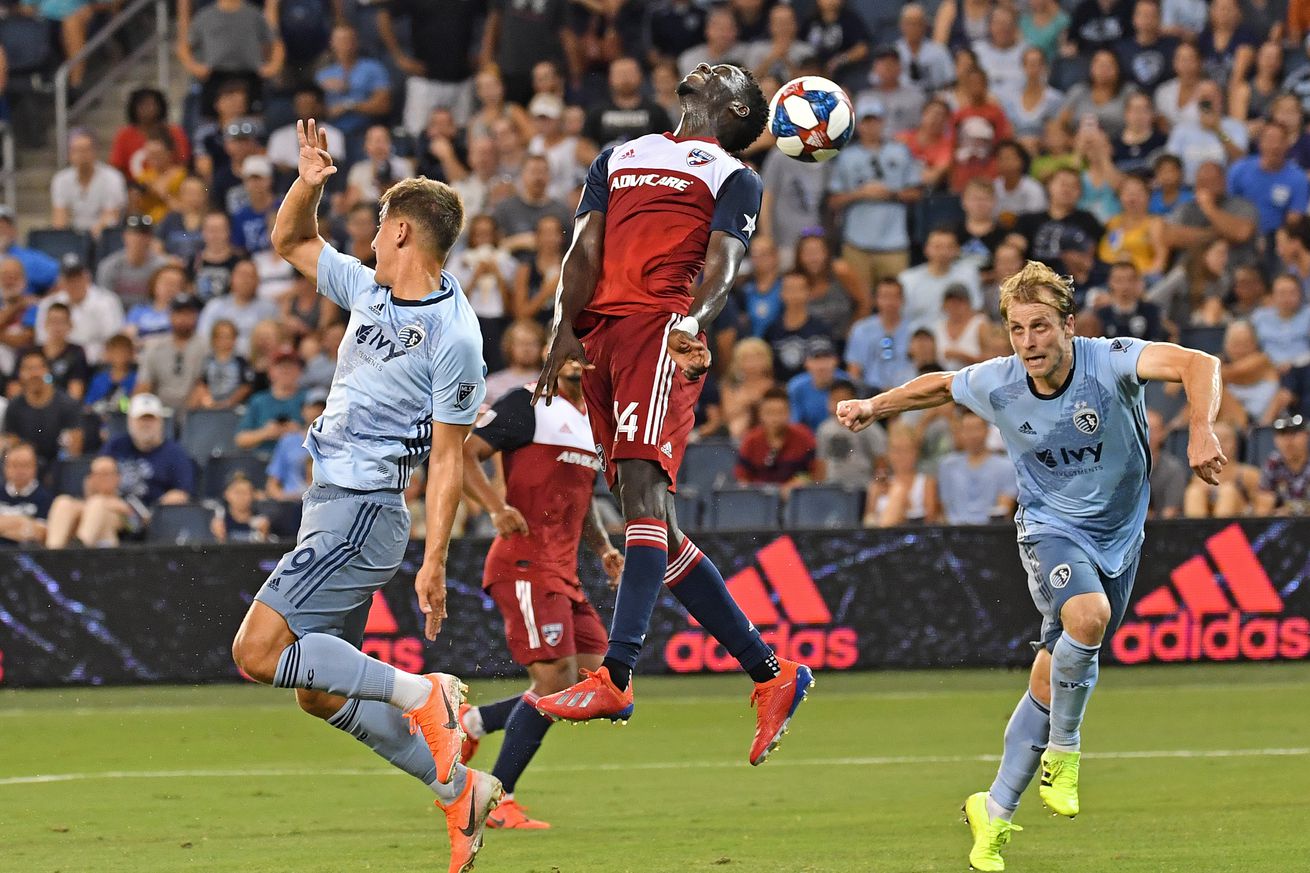 Here we are, the last week of the regular season and once again FC Dallas finds themselves in a do or die game. After their no show against Colorado last week, Dallas is down to its last life on the last level. Sporting Kansas City comes to Frisco hoping to play spoiler having already been eliminated from the playoffs. They are in tenth place in the Western Conference with 38 points. Dallas sit in the seventh and final playoff spot with 45 points.

Thanks to a miracle of the schedule, Dallas’ two main rivals for the playoffs, Portland and San Jose, play each other. All three teams secure the playoffs with a win, a loss tempts fate.

It’s funny how the end of the season can change teams. Priorities shift toward the future. Winning mentalities erode with nothing to play for. The season stories being told get their next chapter set up, a sad ending or hopeful, possibly glorious finishing campaign. So, it’s fitting that Dallas faces SKC with the end of the story on the line. If there is any team in the league Dallas could consider a rival, Sporting is that team. How much more fitting is it that, even though they are out of the playoffs, a twist in personnel could be the big plot twist. Kansas City lost two of their most important players last week when Ilie Sanchez and Roger Espinoza were both sent off with straight red cards, their seasons now officially over. This leaves Sporting with a rather short-staffed midfield. Although it’s customary for coach Peter Vermes to roll out a 4-3-3 formation, the past month he had been mixing things up with a 4-2-3-1. But now without two of his main men in the middle, it will be tough to play a double pivot without going to the extreme in personnel changes. A 4-4-2 keeps most of his regular contributors on the field while still being comfortable. And even though this is the last game of the season, Sporting would never just hand a win to Dallas, so you can bet Vermes plays his strongest team available. Fortunately, they are now weakest in the middle, the most important part of the field.

Without Sanchez and Espinoza, SKC will most likely turn to Felipe Gutierrez to hold down that battleground. The Chilean midfielder has been dynamite this season with 12 goals and three assists in his box-to-box role. He’s just as tenacious going forward as he is in defense. But that aggression can be used against him. He leads the team with 11 yellow cards on the season and will need to be on his best behavior without Sanchez and Espinoza around to clean up for him. Alongside him will probably be 17-year old homegrown Gianluca Busio, who’s started the past two weeks with the season wrapped up. After playing a total of 153 minutes last season, Busio is up to 833 this year. His three goals this season came in a back-to-back-to-back stretch of games across March and April. So, combine the inexperience of the 17-year-old with the free flying ways of his midfield partner and Dallas has a natural tactical target for this game.

Up top we will most likely find Krisztian Nemeth and Erik Hurtado. Nemeth has 8g/2a this season in 1500 minutes while Hurtado has only two goals in 12 appearances after coming back from knee surgery. Think of the pair as the classic hold-up man in Nemeth and roving partner in Hurtado. Neither has hit the heights they hoped for this season, but both are dangerous enough to cause trouble. Out on the flanks will be Johnny Russell and either Gerso Fernandes or Daniel Salloi. Russell is a driving, all-action terror out on the right wing. His nine goals and nine assists are a great illustration for his impact. He creates chances for himself and others all over the attacking third. He can just as easily run down the flank and put in a cross as he can cut inside and penetrate the box. On the other side, Gerso or Salloi will prove a counterbalance to Russell moving outside as he draws in or towards the box when he readies a cross.

In the back is Graham Zusi, Botond Barath, Matt Besler and either new addition Luis Martins or old foe Seth Sinovic. Martins was brought in at the beginning of August on a free transfer and has started the last eight games. With Zusi on the other flank, neither fullback is much of a threat going forward. Besler and Barath will provide the central partnership. We all know Besler, but Barath was a new signing at the beginning of the year. The Hungarian spent his entire career prior to MLS in his countries top division and has plenty of experience in the middle. Backing everyone up is Tim Melia, on of the best keepers in the league.

What brings about this matchup is a confluence of events alluded to earlier. With Sanchez and Espinoza suspended for this one, Kansas City has, like, zero midfielders to turn to apart from their to attacking ones. Benny Feilhaber is hurt so that leaves the dangerous Gutierrez to mix it up with Busio or some yet unknown player Vermes decides to use. Seeing that Busio is still a teenager, it will likely be Gutierrez driving the team from the middle. That makes Acosta the key to stopping all of this since he’s taken up the deeper midfield position since Carlos Gruezo left (and Edwin Cerillo stopped getting games). Acosta will have to keep an eye on Russell as well as he likes to drift in from the outside, but Gutierrez is priority number one.

Three Keys to the Game

1. High Intensity – If Dallas comes out flat, we might as well chalk this season up as over. With everything to play for, the team has to come out aggressive and flying. If they can’t get up for a do-or-die play-in playoff game, I don’t know what else it will take. Dallas must keep the pressure on from first whistle to last and not let fate dictate how the season ends.

2. Prioritize Points – I call this the Mourinho Approach. Play unattractive, dirty soccer. Be pragmatic. Make tactical fouls and muck up the play. This is how to ensure you end up in the playoffs. If you get up a goal, bunker down. I know it goes against most people’s practicalities, but the playoffs are a better prize than a final game of “pretty, attacking soccer.”

3. Final Game Mentality – This is more about playing the game as free as possible. Not a “nothing to lose” mentality, there’s plenty to lose. But play knowing that it has been one heck of a season, regardless of outcome, and that the fans support the team (the good fans anyway). That they’ve accomplished more than most “experts” thought they would, and they have more to show still.

No recap or course of action for the team this time. It’s been 33 games since this season started, we know what it will take and what needs to happen. I’m predicting a 1-0 win if only to not put myself through the torturous scenario of how we make the playoffs with a loss. For once, please, prove me right Dallas.