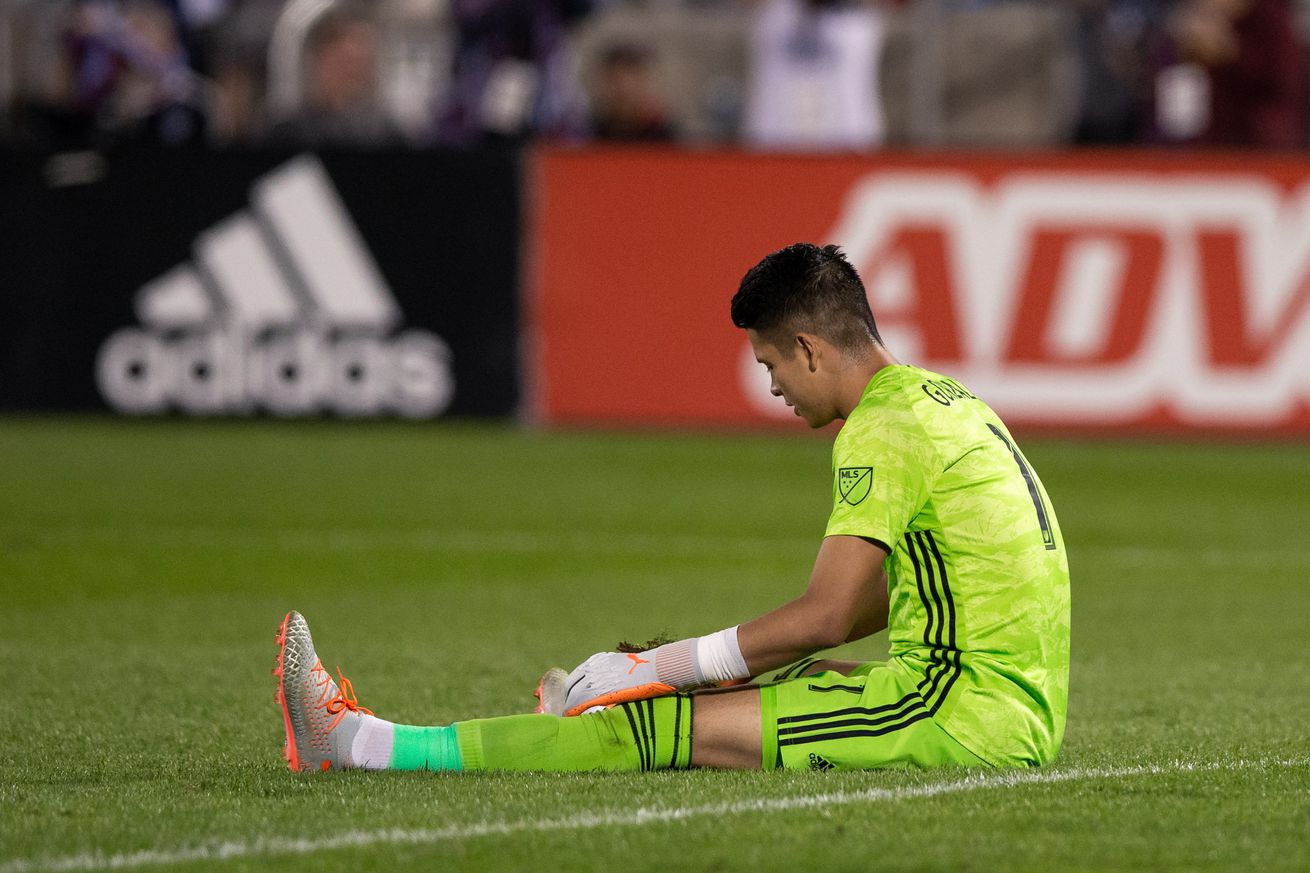 Jesse did not deserve the 3-0 scoreline.

Dallas really has a thing for keeping things interesting. Instead of punching their way into the post-season, Dallas played like they were ready for some time off. If not for the spectacular from Jesse Gonzalez, FC Dallas would’ve been destroyed by an even more damning scoreline (if that’s even conceivable). Dallas still has a chance to keep their 2019 campaign going, but before they do so, they must right some problems quickly.

There’s a Carlos Gruezo shaped hole in the midfield…

Remember, everyone involved with the team said this was a game they were taking seriously and a win was the goal. Keep that in mind as I start to dissect the mess that unfolded last night.

That’s 17 shot attempts, with a staggering 10 on goal. 10. That’s a season high. The last time Dallas gave up 10 shots on goal was two years ago against Atlanta (which coincidentally was also a 3-0 loss).

Part of the problem is that Colorado figured out how to expose Dallas’ midfield trio of Bryan Acosta, Jesus Ferreira and Paxton Pomykal. Acosta tends to sit the deepest among the three, but he’s not a true DM by any stretch. As if being played out of position is hard enough, he’s also tasked with replacing one of the best DMs in club history, Carlos Gruezo.

Colorado’s opening goal inside 10 minutes exposed that, as one pass put Colorado’s attack behind the midfield with numbers.

The purpose of a true DM is to prevent that from happening. At no point during a game do you ever want someone carrying the ball, with numbers directly at your defense.

Is this entirely Acosta’s fault? Yes and no. Acosta is being asked to do something that’s not natural for him, but he’s also had half a season to figure that out by now. At this level and being an international caliber player should have him able to switch his mindset quickly.

But it does beg the question, why does Luchi Gonzalez keep running him out there in such situations? Is Edwin Cerrillo injured? Cerrillo’s still growing into the game at this level, but he’s proven throughout the season that he’s capable of keeping the midfield from being run over like this. If it’s Acosta that needs to be out there, then he has to be paired with Cerrillo or Jacori Hayes.

Pomykal is too critical for the offense to be saddled with such high defensive responsibilities. Pomykal can and is certainly willing to do the dirty work, but it’s at a cost of the offense and Dallas also needs some goals.

Ferreira in the midfield should stop for now

Jesus Ferreira’s got the talent, but he’s kind of lost in the #10 role for this midfield.

Ferreira seemed lost out there and unable to get into the game and dictate the flow of the attack. Ferreira needs to be closer to goal and removed from trying to play like his father in the midfield, it’s not his game right now. We all saw what happens when Jesus gets close to goal. Barring that incredible save from Tim Howard, this would’ve been a much different affair. But that starts with getting Ferreira closer to goal and out of the midfield.

Give it up for Jesse

FC Dallas needed everyone up for this crucial game against the Rapids. Unfortunately only Jesse got that message and delivered the goods.

He deserves so much more than a 3-0 deficit tonight, and that’s before these FOUR SAVES IN 8 SECONDS. #DTID | #COLvFCD pic.twitter.com/SE8k6LlTST

Does Dallas have the right tools to make it into the playoffs? Yes, but some tinkering needs to happen before #DecisionDay comes on Sunday.