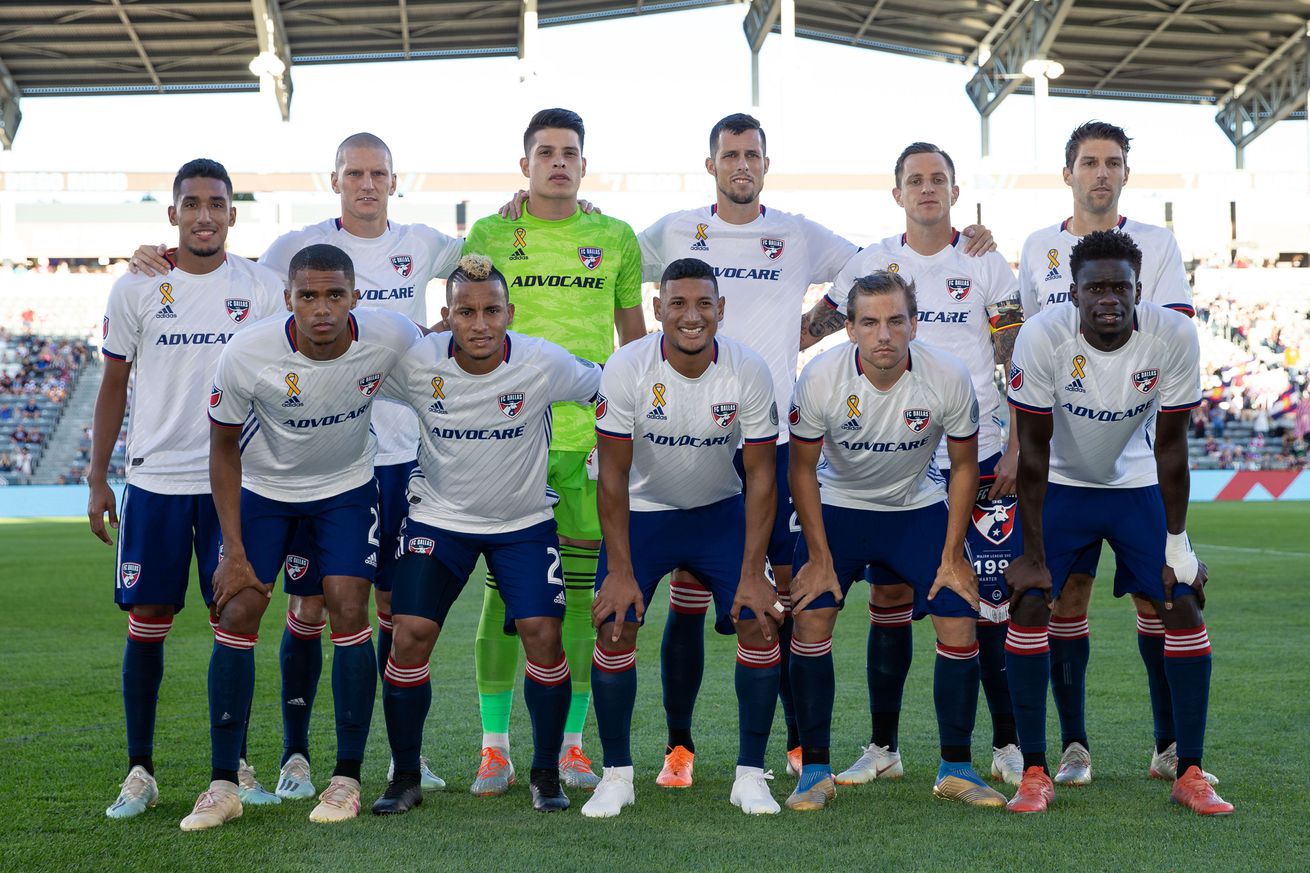 FC Dallas look to lock up a playoff spot this weekend.

Decision Day is upon us folks. FC Dallas just needs a win (or a draw…or some other more complicated ways with a loss) and they’re in through to the playoffs. Sunday they will host some old rivals in Sporting Kansas City, a team that is now playing for 2020 here as they are eliminated from playoff contention here.

Last week as we all know by now didn’t go so well for Luchi Gonzalez and company, as they were blanked 3-0 by the Colorado Rapids. Luchi brought Paxton Pomykal back into the lineup with Brandon Servania out due to the league’s concussion protocol (Servania resumed regular training earlier this week, so he’s good to go for Sunday). The move didn’t seem to open the attack up though as the Rapids shredded the back line with three goals and several opportunities that Jesse Gonzalez came up huge against.

This week will be a mini-playoff game in it’s own right and it begs the question, what do you change in the attack to get the three points? If you think back to the last three games with the lineup that we’ve mostly seen in recent weeks, you may not want to change much as they’ve brought wins that saw score lines like 5-1 and 3-1.

Here is what we know in terms of availability for Sunday’s game (some of the loaned players could end up not being on loan, those are fluid each week):

Build your lineup below.

Here is a link to a mobile friendly URL.

What kind of formation are you using this week? Let us know below.