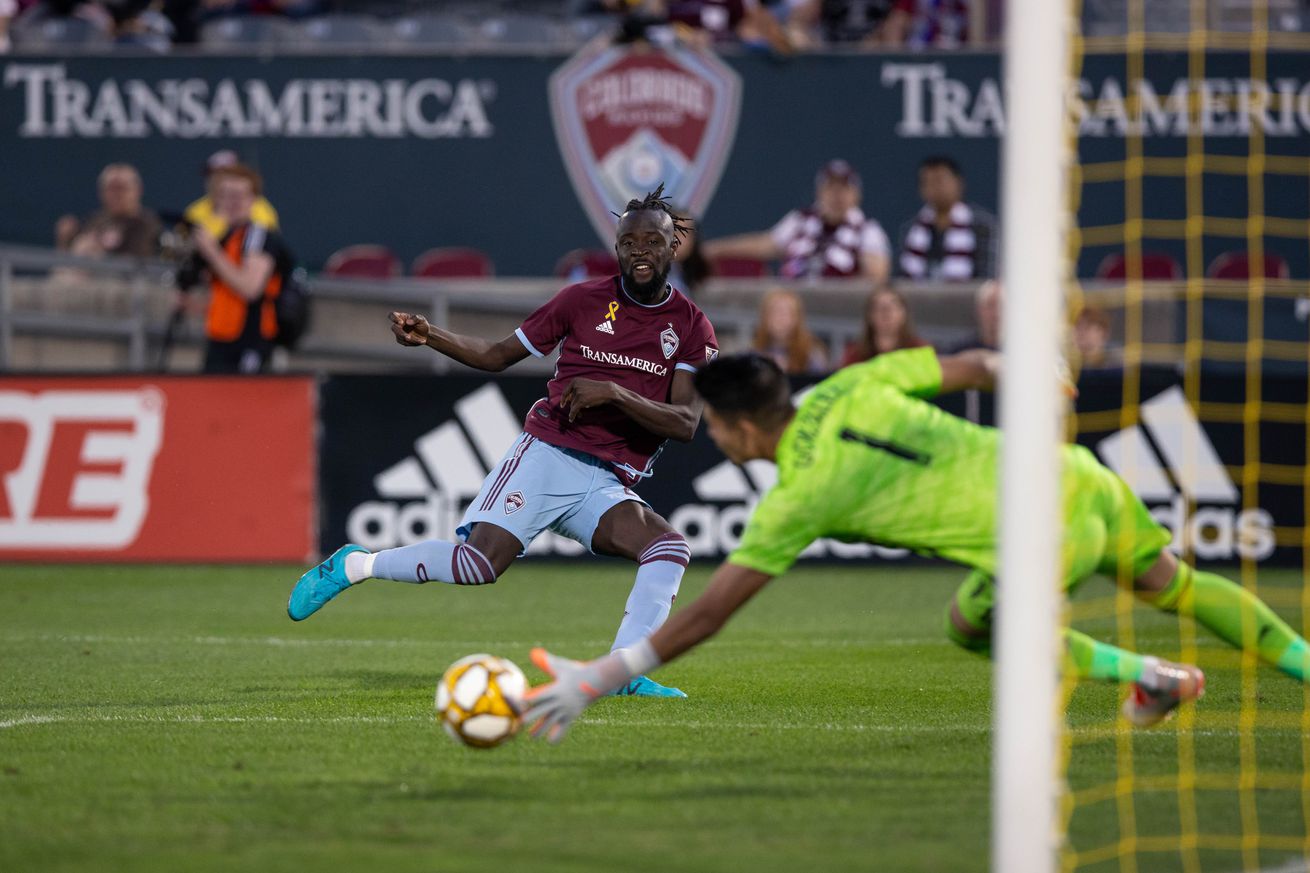 We don’t have to wait until next week to know that this team doesn’t have what it takes.

FCD thoroughly embarrassed themselves last night. It was never going to be easy to march into Denver and get three points given the form that they’re in, but Dallas looked like they had all but given up. The attack was ineffectual as usual and the defense gave up ten shots on target. While Dallas are still in the playoff race, this doesn’t look like the kind of team that is going to rise to the occasion against Sporting Kansas City.

With Ryan Hollingshead’s form dipping the last month or so, Jesse has become team MVP front runner. Yes, he occasionally comes out when he shouldn’t and does stupid things. But he’s great with his feet and an even better shot stopper. It’s hard to say where the team would be without him this season.

Bit by bit, he should improve. He’ll get looks in the national camp and get different coaches in his ear that can help him sort out the mental quirks. If he sticks around, he has a promising career as FCD’s number one and a club legend. It would be a cherry on the top for the murmurs about “maturity issues” to dry up one day as well.

Going into next season, you have to be happy about your play behind the sticks. Jesse is arguably our best homegrown and he saved us a lot of face last night. It’s a shame that the team is never competitive enough for his play to matter.

The late season plunge and the simultaneous release of updated salaries has fans fantasizing about the salaries that could be off-loaded this summer. Other than the obvious Edwin Gyasi, Dallas has a few hard player retention decisions to make.

Named captain this season, Reto poses a particularly difficult situation. He’s generally been an above average MLS defender and must have a strong hold of the locker room to be named captain, but the team is getting younger and his $800k salary would be rather cathartic to jettison.

But then sets in the gloomy realization that it wouldn’t go into any significant investments. Another Santiago Mosquera? Cristian Colman? Gyasi? It’s hard not to be jaded about the FO’s ability to identify (particularly) attacking talent.

Give me Oscar’s 4-2-3-1 with Edwin Cerrillo and Brandon Servania doing their best Victor Ulloa and Kellyn Acosta impersonations, Paxton Pomykal as a ten ahead of them, Michael Barrios on the right, a new addition that isn’t terrible on the left (that’s where this turns into fan fic), and Jesus Ferrerira up top. Would that be so hard?

The formula for success in MLS isn’t very complicated. Dallas even has a lot of cheap building blocks that can become above average MLS players. Having good homegrowns is a huge advantage in this league in terms of salary cap space, accumulation of transfer revenue, and giving teams the ability to add talented players to the team without having to scout and sign them. But Dallas still can’t capitalize on this. All they have to do is invest in three big players. That’s what the DP slots are for. All the rest can be homegrowns and this team would make the playoffs. I’m not even asking for Dallas to be one of the highest spending teams in the league. Just pay someone a million dollars. We’re the only team without a millionaire on it and in games like this, when no one steps up, you have to wonder if someone with experience and the ability to carry a team would change the mentality.

Is Jesse ahead of Hohead for MVP? Is Reto worth it? Add your generic frustrated comments about the ownership below!