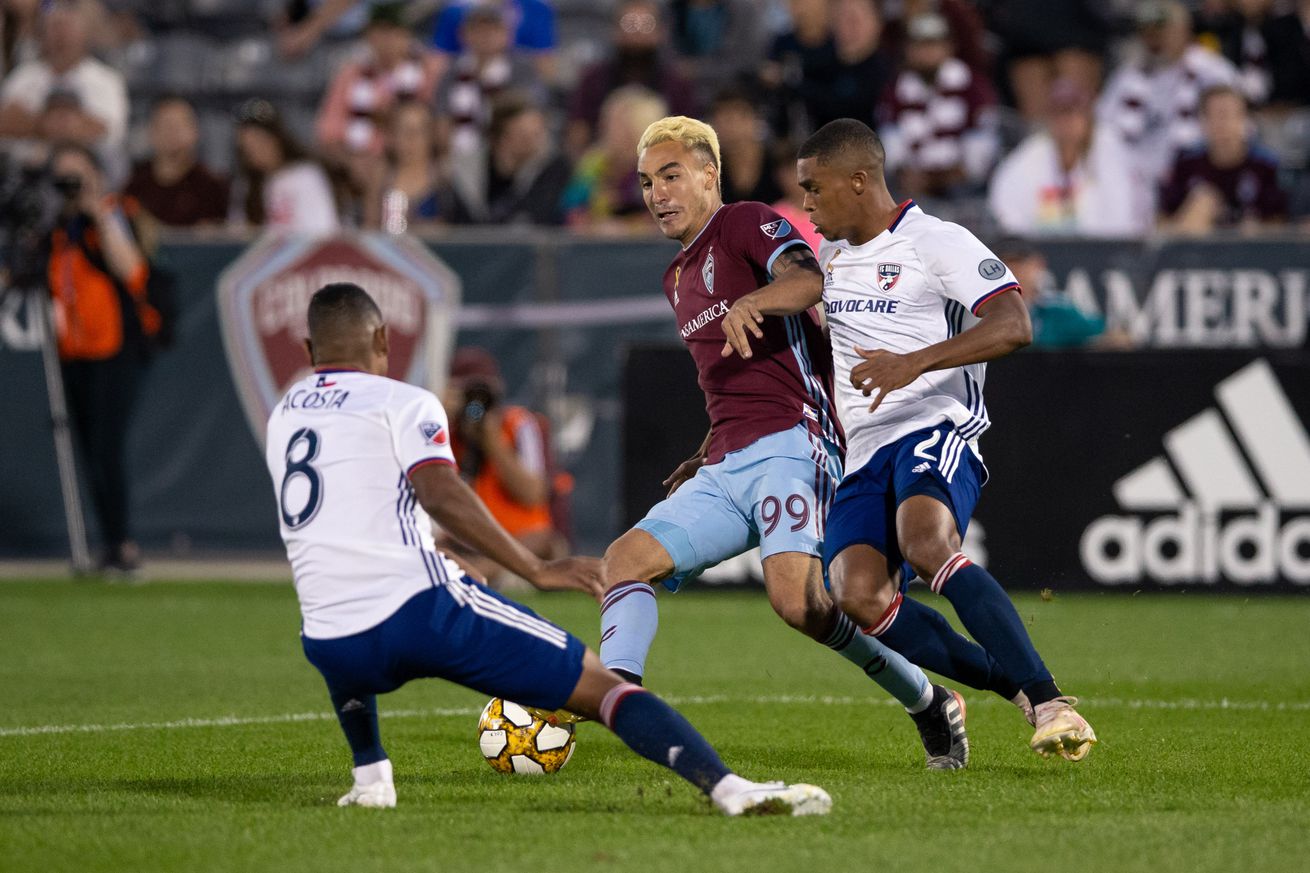 The final weekend of the season is nearly here and it will be an interesting one to say the least.

It is finally October around here, though you wouldn’t know it by the weather here in Dallas. Still, it means Decision Day is upon us for FC Dallas.

Chalkboard: FC Dallas wastes heroic performance from Jesse Gonzalez – Big D Soccer
Jesse did not deserve the 3-0 scoreline as he came up big time and time again in this one.

Three things we learned in FC Dallas’ 3-0 loss to the Colorado Rapids – Big D Soccer
Does this team have what it takes to make the playoffs here? After last weekend, it really is a tough question to answer.

Warshaw: 24 Takeaways from Week 30 | MLSsoccer.com
Despite the fact that FCD has been struggling, Bobby sings their praises for sticking to their principals here on the season to develop the young guys.

Longshot Rapids not counting themselves out for unlikely MLS playoff berth | MLSsoccer.com
I know we shouldn’t root for too much chaos this weekend (because, let’s face it that would include a FCD loss at this point) but seeing how Colorado has been playing lately, kinda of makes me want them in the playoffs.

Report: Monterrey looking at San Jose Earthquakes coach Matias Almeyda? | MLSsoccer.com
Well, if that happened it would certainly push San Jose back down a few pegs.

Swope Park Rangers to Rebrand in 2020 – The Blue Testament
This is rather disappointing as the Swope Park name was clever and unique for the MLS 2 teams.

What’s left for Decision Day | US Soccer Players
With the Conference champions in place in MLS, there’s still plenty left to settle as the league closes out the regular season on Decision Day.

ASN article: The West is a Mess, Hamid saves, Revs clinch, and much more
It is still crazy to me that nothing in the Western Conference has been finalized going into Decision Day past LAFC locking up the top seed and a trio of teams eliminated.