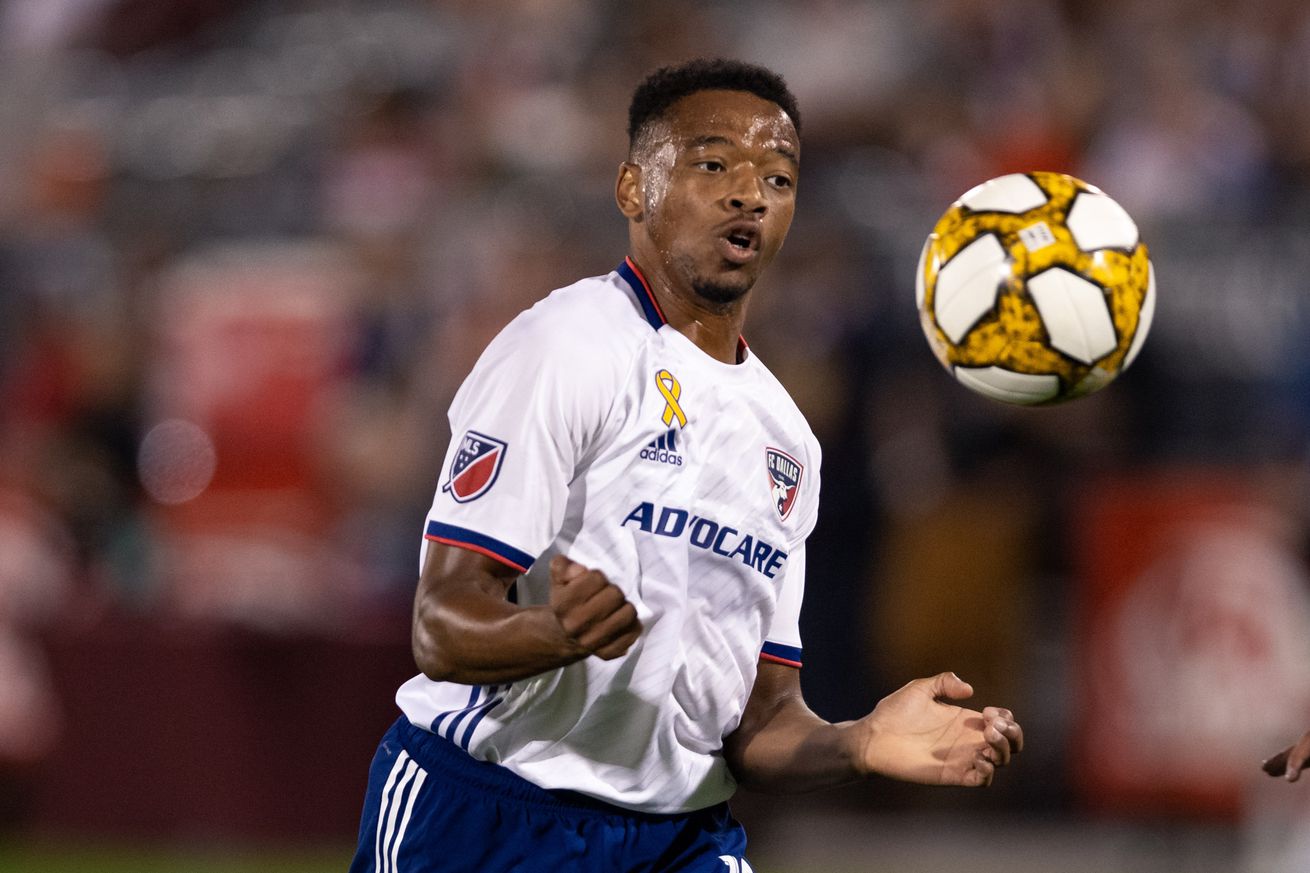 It was the altitude, right? FC Dallas lose to Colorado, and questions linger. Who will you vote for the top player from last weekend’s action?

Edging out Paxton Pomykal by a single point, Matt Hedges took a workhorse nod from you fans after working his backside off in two draws, one away and one at home in last week’s vote. Good for him.

Colorado Is on the Rise, Dallas on the Slide

I’ve been a fan of Major League Soccer long enough to know that away games are hard, and Colorado is a tough place to play. FC Dallas doesn’t often get a result in higher altitude settings, and Sunday night probably should not have been a surprise in that regards. If Colorado can get an early goal on most anyone, that end of the game stretch for them can feel like they have an extra man on the field as the away team sputters and wears out.

But, FC Dallas looked a man down for most of the game. Their defense let the team down. Once again, it’s a struggle for me that the one area this team has oodles of veteran experience in a core of Hedges, Ziegler, and Hollingshead is the one area that has struggled as of late. Reggie Cannon is the youngster, and he has seen enough minutes now to count himself a vet. Bryan Acosta should be more than capable of playing a key role in shielding that backline from harm. Instead, this team ships 3 goals against a Rapids team without even playing particularly loose and carefree with the ball.

Offensively, the team has now scored a single goal in the last four games. For the first 45 minutes, Cobra seemed the only guy tuned in to the game. Michael Barrios couldn’t complete a cross to save his life. Dominique Badji couldn’t keep control of the ball and inexplicably went the full 90. We saw brief sparks from this team, but the hole got bigger and bigger. Only Jesse Gonzalez’ incredible game kept this from being worse. That penalty save was sweet.

If you are a hardcore FC Dallas fan, I get it. It’s hard to be optimistic. I share your pain. I think this team is going to give up something early to Sporting Kansas City, another loss of concentration in a key moment. Maybe Dallas will rally and come away just short with a home draw but left on the outside looking in.

Of course, I hope I am wrong. This team may not be championship material, but a few connected sequences can produce something beautiful.

FC Dallas will have one more chance to show who they are on Sunday.

Where’s the “why not” both GIF when you need it?

While I am certain that Luchi Gonzalez has learned a lot in his first year and would like a few do-overs, something still seems to be missing in his approach. Tactically, there are still far too many moments when the team doesn’t seem to know where they want to be, when Barrios is getting up for a cross and one player may be lazily floating into the box. Throw-ins are another good example. Does the team practice them? Do they have a strategy? Sometimes, it seems like there are only two options available to the player on the sideline, both well-covered. Why not try something creative? (FYI – you could totally feel the quiet confidence of Robin Frasier as he talked about his players staying after practice to work on corner kicks. Does FCD do that?)

But the players bear the blame too. Santiago Mosquera was inconsequential off the bench. He slows down play far too often, creating a moment where it’s clear FC Dallas as a whole is waiting for… something… to happen. Soccer is a game where sometimes that something does fall into your lap based on a defense miscue or lucky bounce, but most of the time, you create those things. They are really difficult to create. Attacking players have to be daring and take risks, and sometimes, it doesn’t work out. The opposite though is what we saw on Sunday night – a team with possession that didn’t have any idea of what to do with it. That’s easy to defend. FC Dallas’ best chances still came from winning the ball quickly and moving to the counter.

As I watch this team, I wonder which is the major problem – tactics or players. Is the talent lacking? Does the tactic still need tweaks? Or is it both?

I recommend a vote for Jesse Gonzalez. He’s it. If you don’t want to vote for him, then no one is the next best option.