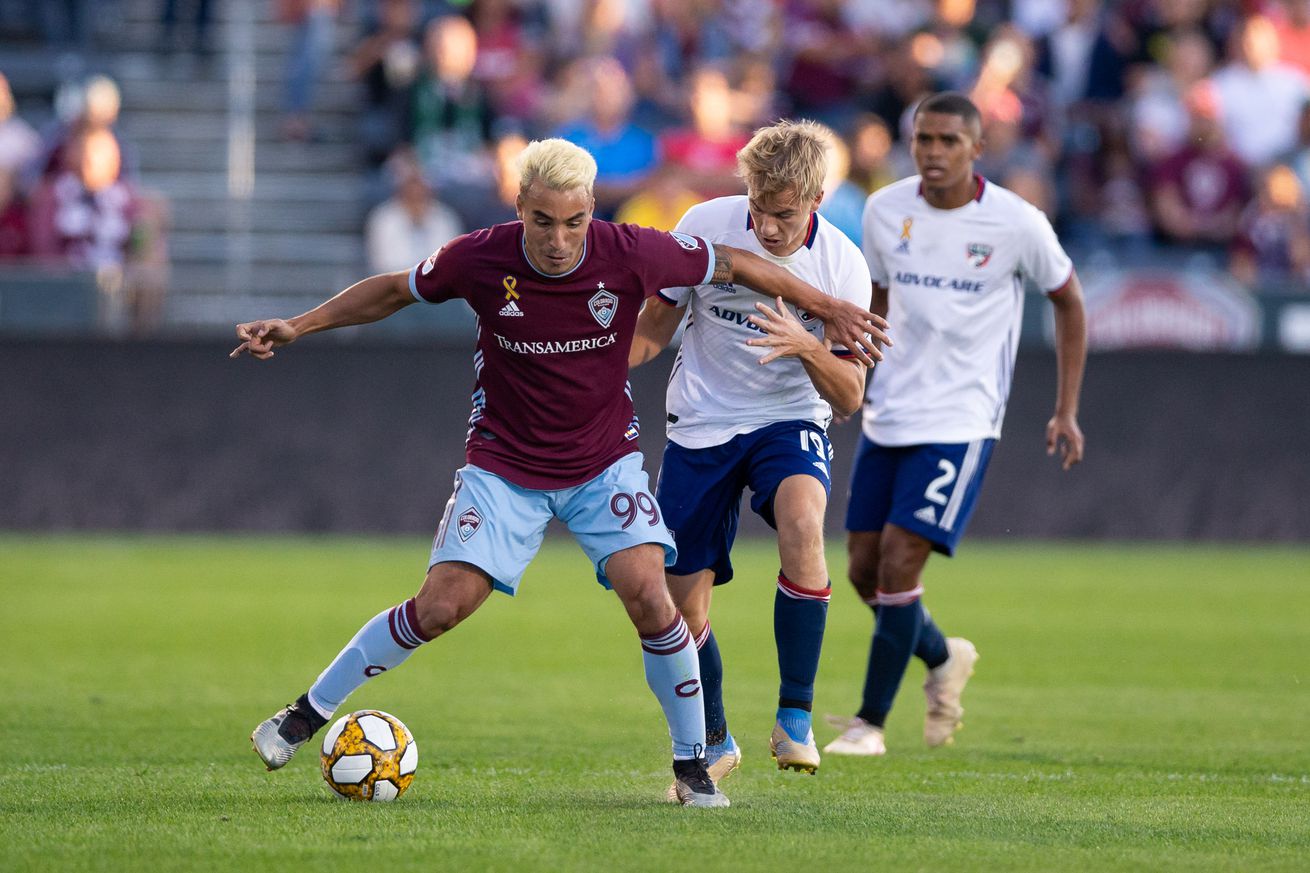 We’re at the midway point in the final week of the regular season. Crazy, right?

The week is pushing forward here as we get closer to learning who will get called into national team camps this month and how Decision Day stacks up in MLS.

Who was FC Dallas’ top player against the Colorado Rapids? – Big D Soccer
It was the altitude, right? FC Dallas lose to Colorado, and questions linger. Who will you vote for the top player from last weekend’s action?

One-on-One presented by Toyota: Zdenek Ondrasek | FC Dallas
Cobra talks about the experience of his first season, getting a puppy to help him through tough times, his influence on the team’s energy and effort, and how his personality has influenced his experience being away from home.

NYCFC reveal playoffs stadium plan for potential Yankees conflict | MLSsoccer.com
Either way NYCFC is going to be playing some games at a baseball stadium this October. Yay.

Playoff places, seeding and history: What’s at stake on Decision Day? | MLSsoccer.com
Boy there sure is a lot on the line this weekend between the craziness in the West, to how things will finalize out East.

Where does LAFC’s chase for MLS history sit after 33 games? | MLSsoccer.com
One win away from the all-time point total, three goals away from the most goals scored in a single season, and so much more.

Martino: MLS can someday be as big as NBA | ESPNFC
This is some super high praise if you ask me.

The Atlantic Cup in the playoffs | US Soccer Players
Decision Day could decide who hosts an Atlantic Cup derby between DC United and the New York Red Bulls with the teams in 4th and 5th-place.

ASN article: Predicting the USMNT and U-23 rosters for October
We should certainly see plenty of FCD names called again this month.

Armchair Analyst: Predicting Berhalter’s US Nations League roster | MLSsoccer.com
Here’s how the US men’s national team could lineup for Nations League games against Cuba and Canada.

CONCACAF competition holding United States and Mexico back – Jurgen Klinsmann | ESPNFC
The whole interview with Jurgen is pretty interesting to sit through. But I kind of agree with him on the Nations League.