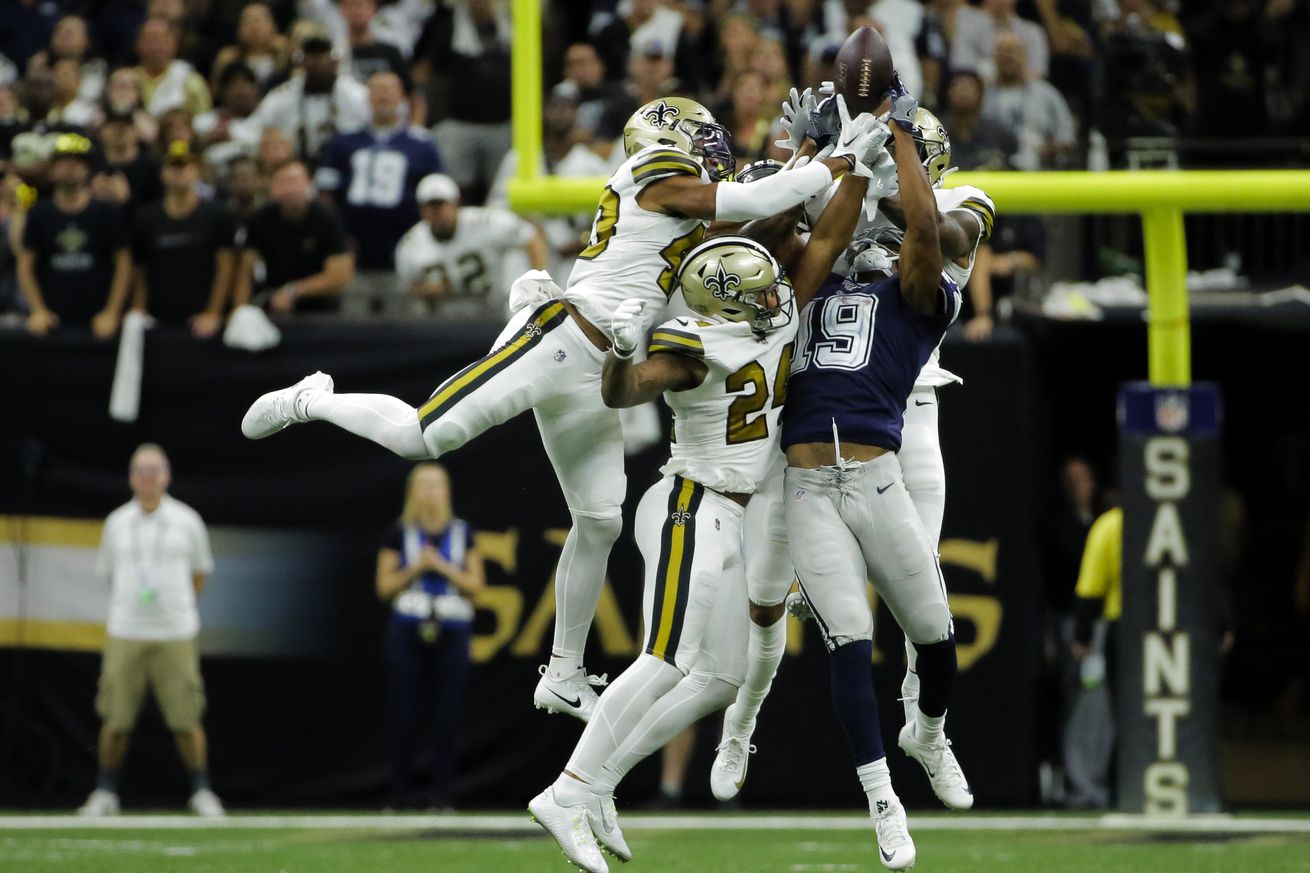 Where do all 32 teams stand?

Week 4 was a very interesting one across the NFL as various contenders were seemingly pushed to their limits.

We saw the New England Patriots and Kansas City Chiefs taken all the way to the brink and still come out on top. Both the Los Angeles Rams and Dallas Cowboys were ultimately taken too far and suffered their first losses of the season. We’re starting to understand who these teams are, but it’s still early.

What is the world saying about the Cowboys? Where do they rank? We’ve got the answers right here. You can visit Week 4’s power rankings right here if you’d like.

The best team in the NFL. Such is life.

It turns out that Pat Mahomes actually does not play better in a dome, but the reality is that him at a lower level is still good enough to win.

Perhaps a bit high, but the Saints were really impressive on Sunday night. Their roster speaks for itself and so does their coach.

Losing the way that they did (allowing a million points) to the Buccaneers is cause for concern.

That win in Green Bay was impressive. If they get fully healthy, watch out.

Obviously a legitimate threat. And they’re coming off of a short week while wanting to get back on track. Get ready.

No game in Week 4, but they’re the NFC’s lone unbeaten team.

Quietly lurking in the background, it’ll be interesting to see them against the Rams this week.

Is the hype train back rolling?

It’s time to take Detroit seriously. Their seasons of success come around about as often as the Olympics and World Cup, 2019 looks like it could be one of them.

They lost to the Patriots for the 934th consecutive year in a row, but that defense is ferocious. Thanksgiving is going to be tough.

The argument about them being better with Chase Daniel than Mitchell Trubisky will take on a new level depending how they perform in London.

The way they’ve played under Kyle Allen is impressive. Christian McCaffrey is unreal.

Melvin Gordon finding himself can only help.

Kind of like the Cowboys, the loss to the Panthers was quite disappointing. They’ve got to find their offense.

Losing to the Raiders… yikes.

Clearly ascending. Daniel Jones didn’t light the world on fire, but he appears to be a franchise quarterback indeed.

WATCH OUT NFC SOUTH! They’re clearly going to be hot and cold all season.

The truest yo-yo of the NFL. They’ll fall back down this week.

Hey now, look what Jon Gruden is doing. The win in Indianapolis was huge. They’re getting better.

Gardner Minshew is at worst a serviceable quarterback. It’s fun to watch from afar.

A win’s a win, but it was the Bengals. Mason Rudolph does look somewhat promising, though.

Somehow, the Falcons are worse.

Still looking for that first win.

I find it fascinating that Andy Dalton (31) is the same age now that Carson Palmer was (31) when the Bengals drafted Dalton. Time flies.

John Elway’s squad does not look very good at all.

They were on bye, but it looks like they’ll be without Sam Darnold for this week’s Eagles game.

Dwayne Haskins did not do too well, but in his defense he hardly has anything around him.

We’re going to have to watch them play Washington soon. Gross.

No dip for Dallas here.

Time to tap the brakes on the Kellen Moore Hall of Fame induction. The Cowboys’ first-year offensive coordinator received plenty of praise during the team’s 3-0 start, but his attack came down to Earth in Sunday’s 12-10 loss to the Saints. The Big Three told the story of the evening’s struggles: quarterback Dak Prescott failed to throw a touchdown pass, running back Ezekiel Elliott averaged 1.9 yards per carry and lost a fumble and receiver Amari Cooper was blanketed by New Orleans coverage ace Marshon Lattimore. To make matters worse, the Cowboys lost Tyron Smith to an ankle injury on the first play of their fruitless final possession. Tough night, but Dallas remains in good shape and should still be regarded as an NFC favorite … even if the Saints planted a seed of doubt at the Superdome.

There’s still plenty of reason to be optimistic according to the worldwide leader.

How to increase their playoff chances: The Cowboys’ season is not just about making the playoffs. It’s about doing something in January, either an NFC Championship Game or a Super Bowl appearance. For the Cowboys to make that step, they must have an attacking offense, which was not the case in Sunday’s loss to the Saints. The Cowboys were predictable on first down, which was surprising after the first three games. The competition will get more difficult as the year goes on, and coordinator Kellen Moore will have to make sure the Cowboys rely on more than Ezekiel Elliott on the road. If the Cowboys don’t make the playoffs, then there are sure to be plenty of changes on the coaching staff. — Todd Archer

Plenty of people are acknowledging that the Saints loss isn’t the end of the world.

There’s no shame in losing to the Saints at the Mercedes-Benz Superdome, and the Cowboys were in the game until the very end. But New Orleans limited a Dallas team that had been averaging over 32 points per game to a single touchdown and held both quarterback Dak Prescott (223 passing yards, one interception) and tailback Ezekiel Elliott (18 carries, 35 yards, one touchdown) in check.

Another outlet keeping Dallas where they were last week.

The first real test against a tough team didn’t go quite as game-planned. Maybe pump the brakes on the Kellen Moore Canton testimonials?

The lowest rankers of the Cowboys.