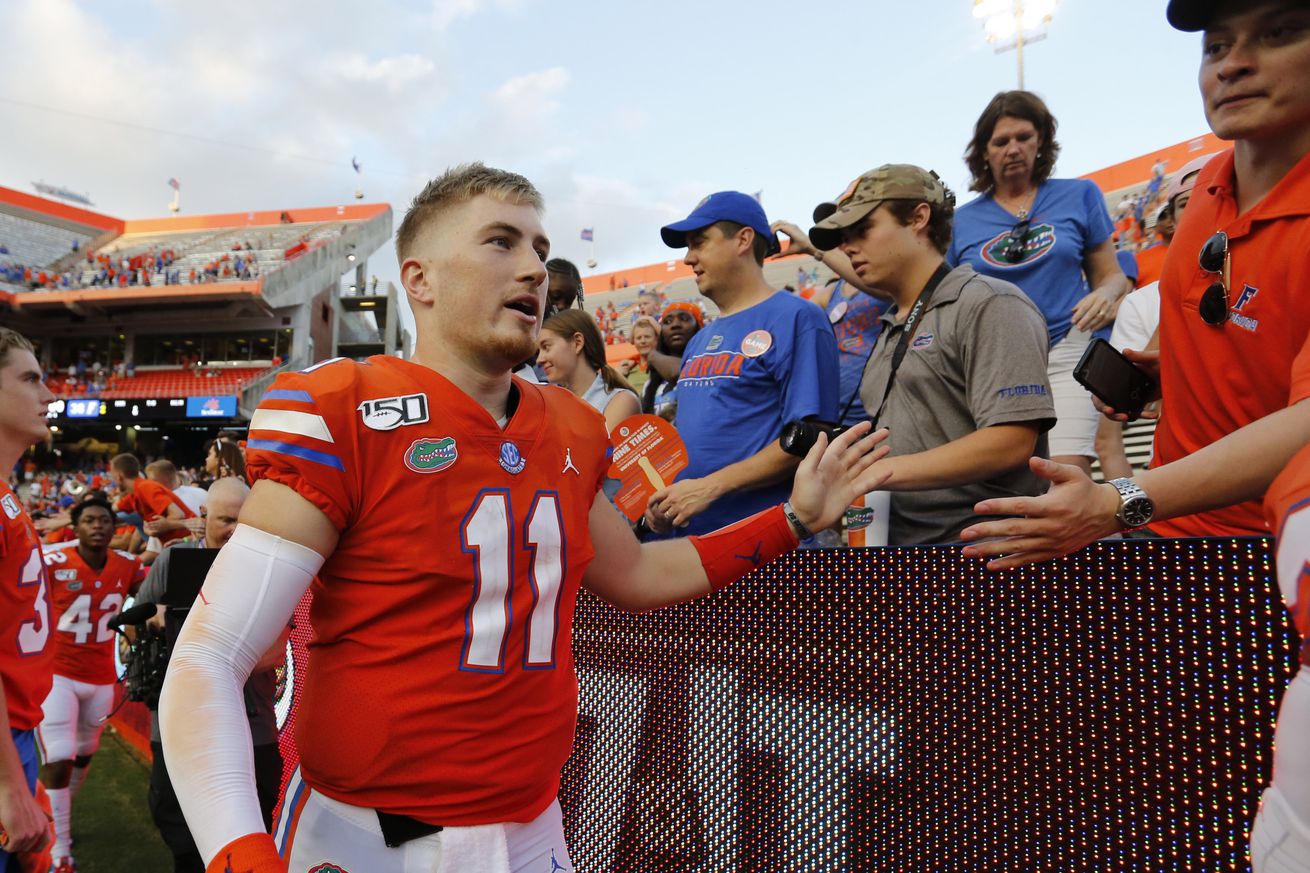 What a great group of games we have on deck this week in college football.

This is an open thread for college game chat.

There are not a ton of great games this week but there are three that college football fans should sink their teeth into this Saturday. Let’s preview the Top-4 games for week 6 in college football:

#14 Iowa @ #19 Michigan – Can Wolverines put early struggles behind them to knock off Hawkeyes? – 12 PM ET FOX

An Iowa team is coming to Big Blue with a better ranking? Well, yes…that’s what happens when the Wolverines stumble the way they have early in the season. Iowa has also won five of their last six games so Harbaugh’s Michigan is not getting an easy rollover matchup this week. The Hawkeyes are no stranger to upsetting the Wolverines as they knocked then #2 Michigan off in 2016 by a 33-yard field goal. This game will not be about kickers but about two NFL-hopefuls at receiver:

Iowa: WR Oliver Martin. The Michigan transfer faces his former team just months after leaving to play for his hometown team and getting a waiver to play immediately. Martin has five receptions for 28 yards and a touchdown this season. As a redshirt freshman last year with the Wolverines, he had 11 catches for 125 yards and a touchdown last year.

Michigan: WR Ronnie Bell. He has made the most of his opportunities, leading the team with 80-plus yards receiving in each of the last three games. Bell was overshadowed by receivers Donovan Peoples-Jones, Tarik Black and Nico Collins entering the season, but now he has team highs in reception (17) and yards receiving (263) while becoming a go-to target.

Both teams are undefeated and have even more impressive starts than voters thought they would. Still, neither team is the leader in their divisional clubhouses. Auburn trails Alabama and LSU while Florida is still staring up at the Georgia Bulldogs. If Auburn can add a road victory over Florida to a resume that includes wins against Oregon and Texas A&M away from home, do they have to enter #1 conversation?

No. 7 Auburn at No. 10 Florida (+3): Auburn just slammed the door shut on Mississippi State running back Kylin Hill, and did the same to Texas A&M’s rushing attack. If you expect the Gator rushing attack that ranks 11th in the SEC with 141.4 yards per game to suddenly reverse that trend, you’re dreaming. The Tigers will make quarterback Kyle Trask beat them through the air, and that won’t happen. It was important that Auburn quarterback Bo Nix lit up Mississippi State through the air last week because it gives the offense balance moving forward.

Prediction: I’ll take the upset with Gators getting the win at home after forcing a late Bo Nix turnover. Gators by 4

This game is better than many might give credit to as the Mountaineers haven’t been an easy opponent for the Longhorns of late. However, West Virginia is going through growing pains, having barely beat James Madison by 7 and losing to Mizzou by 31. Texas will not be at full strength as many players will be missing, will that be enough for West Virginia to make a statement at home? Not so fast, Texas still has Sam Ehlinger rocking the quarterback position:

The Mountaineers’ defense has some pieces to work with, and the Texas offensive line will need to keep tabs on the Still brothers up front, but in all this West Virginia defense should have its hands full with Sam Ehlinger and the Texas offense come Saturday.

Road games can always be tough, and ones out of state can provide their own unique challenges as well. At 3-1, West Virginia isn’t necessarily a bad team but there’s also a reason the Longhorns are double-digit favorites heading into this one. If Texas can manage playing its first true road-game of the season, the Longhorns should have a good shot at extending their conference record to 2-0.

The evening game should be a good one.

Ohio State might have the most-complete team in the country. But the Spartans won’t back down. MSU has beaten the Buckeyes in three of the past eight meetings. Ohio State quarterback Justin Fields has been outstanding, but he hasn’t seen a defense, or faced pressure, like what he’ll see against the Spartans.