Safety Donovan Wilson burst onto the scene last season with 71 tackles, two interceptions, three forced fumbles, and two fumble recoveries. During training camp, however, the Cowboy’s top strong safety dealt with a groin issue that forced him to miss some time, but he was ready for the season opener against the Tampa Bay Buccaneers.

Every player comes out of each game with a few bumps and bruises, but unfortunately for Wilson, Week 1 saw a nagging issue flare up again. Wilson won’t practice on Wednesday after aggravating his groin according to head coach Mike McCarthy.

Cowboys coach Mike McCarthy said it would be “fair” to say S Donovan Wilson aggravated groin injury that sidelined him much of camp. “It’s just not where we thought it would be or hoped it would be. We’re just being smart with it. He played a lot of football on Thursday, too.”

This isn’t unfamiliar territory for the former Texas A&M Aggie. He missed two games in 2020 with the same injury. Groin issues, much like hamstrings, can and probably will linger throughout an entire season even if a player doesn’t miss games.

If Wilson were to miss any time veteran safety Jayron Kearse, who tied for the team lead with 11 tackles in Week 1, would fill in. That’s the last resort the Cowboys want to take. Not that Kearse is a bad player, but when healthy Wilson is the guy you want getting the bulk of the snaps at strong safety.

This will be a situation to monitor throughout the week with the formidable passing attack of the Los Angeles Chargers on deck for the Cowboys defense this Sunday led by quarterback Justin Herbert. 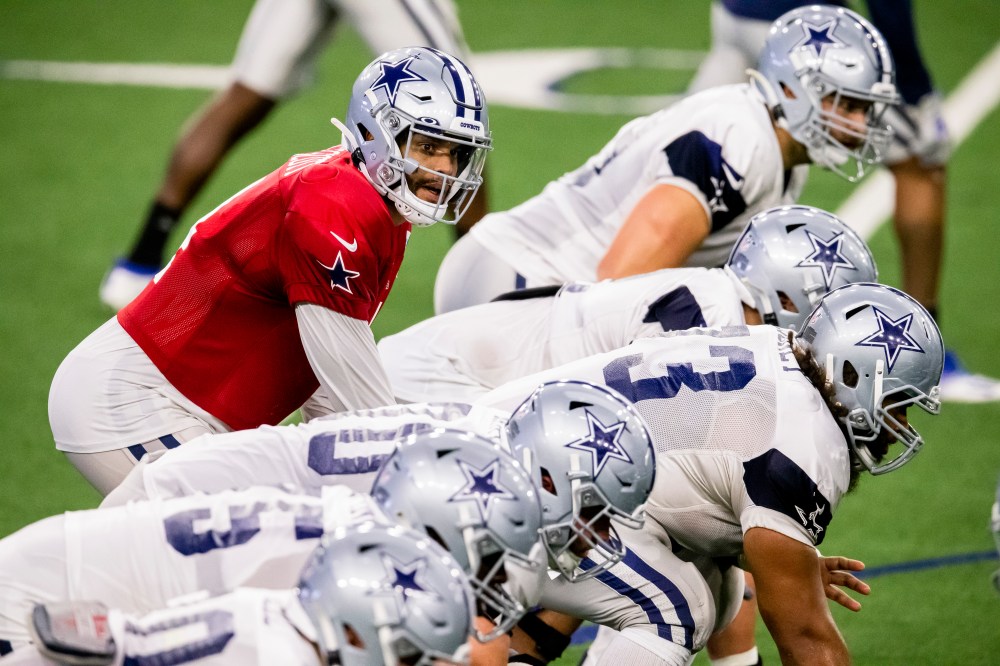