After practicing for a week with the understanding that they’d be without their bookend pass rushers against an impressive front, the Dallas Cowboys seem to have landed on an obvious decision. Without bringing in any help to sustain the short-term loss of Randy Gregory to a mildly symptomatic positive COVID test and the long-term loss of DeMarcus Lawrence to foot surgery, in-house was the only solution.

Dallas has Dorance Armstrong, a fourth-year veteran who had his strongest offseason and nearly had a strip sack on one of the only pressures mounted last week against Tom Brady and the Tampa Bay Buccaneers. They also have free agent Tarell Basham, Hard Knocks star Azur Kamara, second-year pro Bradlee Anae and possibly the debut of rookie Chauncey Golston. Perhaps their best option though is their swiss-army knife, and it appears that rookie LB Micah Parsons is going to get extensive looks on the edge against fellow rookie Rashawn Slater and the Los Angeles Chargers’ offensive line.

With a serious need at an important spot on defense, the #Cowboys are shifting LB Micah Parsons to DE. A look at the ramifications of the move for the talented rookie: https://t.co/br6IPr9V03

Parsons entered Penn State as a defensive end before being converted to an off-ball role and has certainly displayed a skillset to do both at the professional level. He’s worked extensively with Larwence and also spent some time with soon-to-be Hall of Famer DeMarcus Ware to hone those pass rushing techniques he hasn’t used as regularly since.

At 6-foot-3 and 245 pounds, Parsons looks the part of a 3-4 outside edge rusher and he’s shown an array of moves, lineman mentality and hand-fighting technique in his limited preseason work and regular-season debut. He’s the fastest front-seven player the Cowboys have, faster than many of their DBs, but with the bulk to absorb the physicality necessary for the position.

More than likely when Parsons is taking on the edge rusher role, Leighton Vander Esch will be his replacement at linebacker. Jaylon Smith could also see increased time as injury issues at safety may force Dan Quinn to move Keanu Neal back to safety during the game. Donovan Wilson is already declared out and fellow starter Damontae Kazee is questionable with a mid-week thigh injury.

The club will also be without Darian Thompson, who was a practice squad activation in Week 1 as he’s now on PS-IR. Free agent veteran Malik Hooker is expected to make his Cowboys’ debut and Jayron Kearse saw extensive snaps in Week 1. They are expected to take on starter roles but the need for depth behind them is evident as Dallas likes to employ three-safety looks. 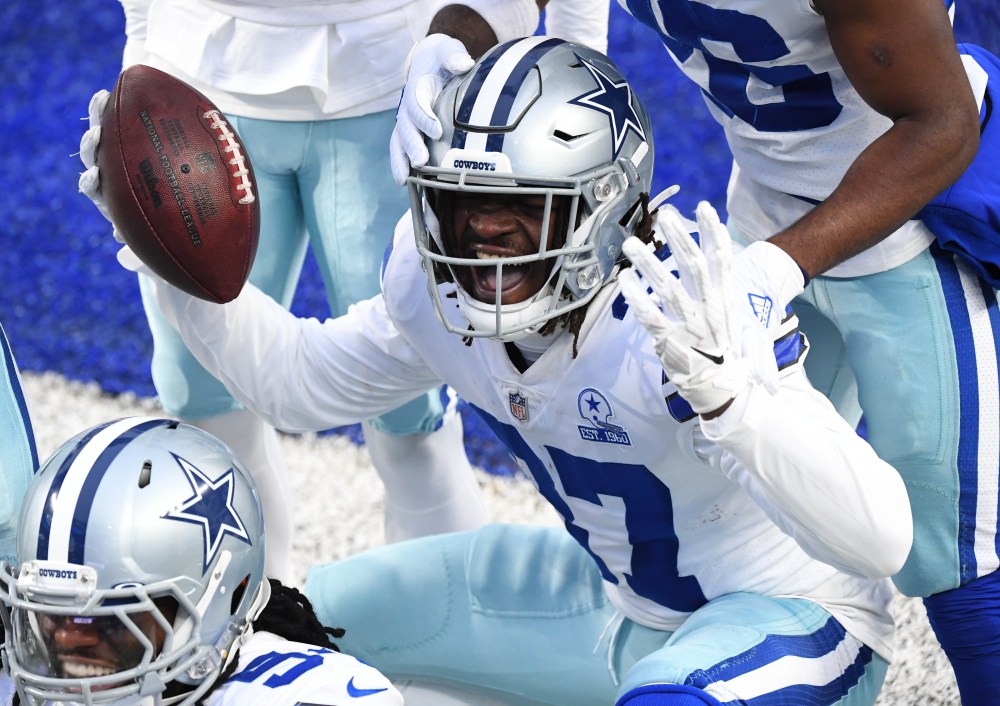