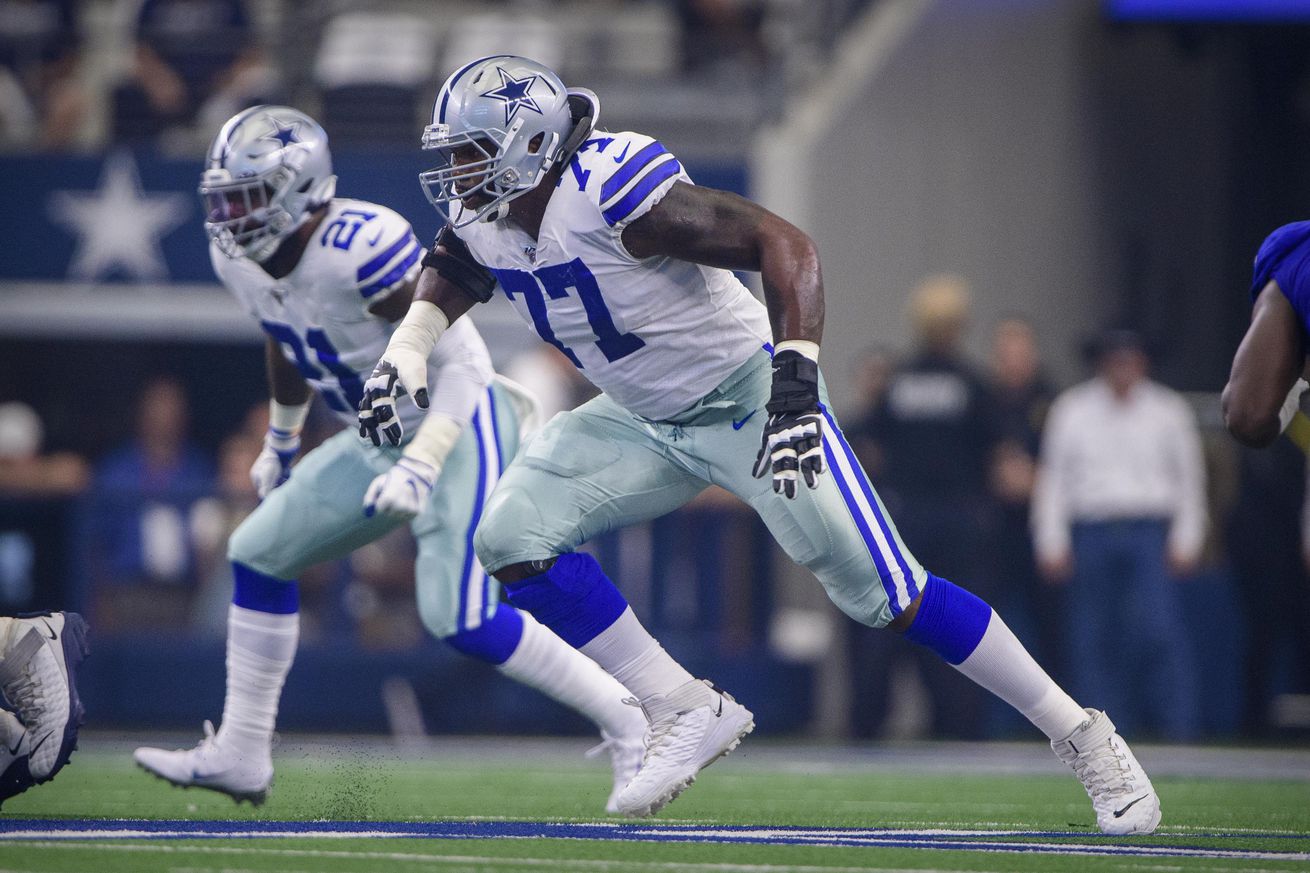 News on the injury front for the Cowboys.

Sunday night was rough considering the fact that the Dallas Cowboys lost, but it was made all the more difficult when star left tackle Tyron Smith limped off the field and then required a cart to leave it.

The Cowboys have not done well historically when Smith has missed time so people were already beginning to fret over what this could mean for the rest of the season. Thankfully, it appears as if the injury is not all too serious. ESPN reported on Monday afternoon that it could be a week-to-week thing. The Dallas Morning News even added that he would be on track to return next week.

The Cowboys received a bit of good news Monday on the injury suffered by Pro Bowl left tackle Tyron Smith. While it is a high right ankle sprain, it does not appear as severe as initially was thought after the loss to the New Orleans Saints, according to a source. While his availability for this week’s game against the Green Bay Packers is not yet known, it does not appear to be a major sprain of the ligament that could keep him out for a long period of time.

Most likely scenario is he’s out this week against Green Bay then is on the clock to return afterwards. That is how Xavier Woods return from a high ankle sprain unfolded. https://t.co/qpaXby6NIJ

A high ankle sprain is definitely not a walk in the park but since it is not a major sprain the Cowboys did indeed get very lucky. They host the Green Bay Packers this Sunday and the Pack had a great defense going this season before last week, so things could get a little dicey, but this is good news considering where we were about 15 hours ago.

[RUMOR] Kavon Frazier was not so lucky, likely out for season

For what it’s worth, there is also word floating around that Kavon Frazier (who left the game) could need season-ending surgery.

2019 is a contract year for Frazier so this is unfortunate to see. Dallas had rookie Donovan Wilson inactive in New Orleans with Xavier Woods returning; Frazier missing the rest of the year would likely mean Wilson would return to the active roster.