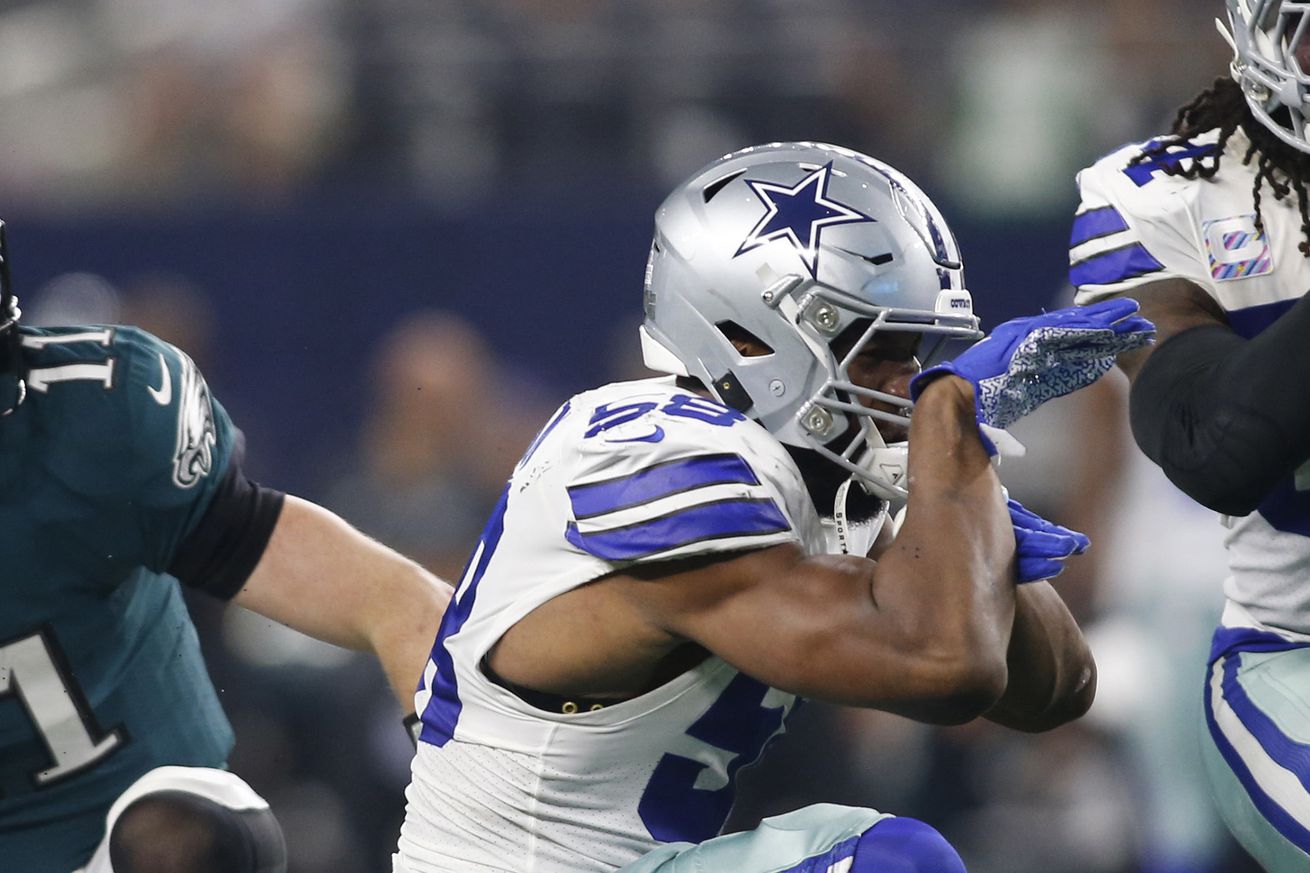 The Cowboys hope they avoided any long-term injuries in Eagles game.

Yesterday’s beat-down of the Philadelphia Eagles by the Dallas Cowboys was an event worth celebrating. Anytime the Cowboys can win 37-10, that’s a good thing. Still, there is always the nagging problems of injuries in an NFL game. Two Cowboys starters on defense could not finish the game.

Today, it seems the news is pretty good on both Robert Quinn and Leighton Vander Esch. Quinn had a rib injury and Vander Esch hurt his neck. It was reported earlier that Vander Esch said his injury wasn’t serious and tht he thinks he could have gone back in but the Cowboys medical staff held him out. He and Quinn look to have avoided anything long-term.

Cowboys DE Robert Quinn (rib) “will be fine,” source said this morning. He and LB Leighton Vander Esch (stinger) exited in first half of Sunday’s win vs. Eagles. No sense of long-term concern with either. A well-timed bye week to recover.

Coach Jason Garrett somewhat confirmed that when he spoke to the press.

No firm update from Jason Garrett on LVE & Robert Quinn, but he thinks the early indications are good.

Don’t look for either guy to practice during the bye week, but Garrett is optimistic they’ll be available when the team gets back to work ahead of the Giants game.

Huge news for the Cowboys if they both can go in two weeks. Quinn has been an absolute terror on defense and he’s one player the Cowboys really can’t afford to lose on defense, although Kerry Hyder did some good work filling in during the Eagles game. Sean Lee took over a lot of snaps for Vander Esch and rolled back the years as he helped lead the defense with seven tackles and an almost interception.