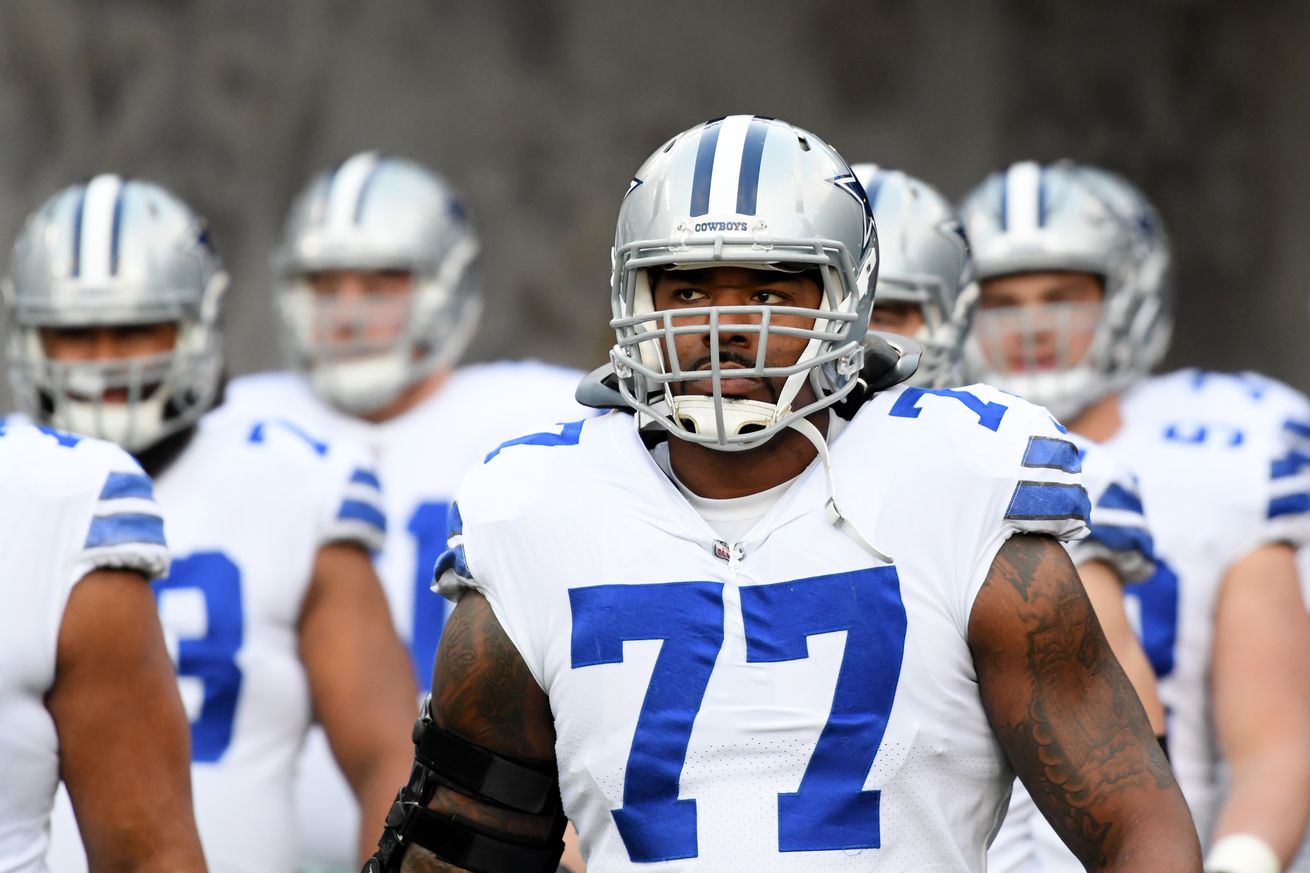 We obviously have some concerns after the Saints mess.

The Dallas Cowboys got a reality check against the New Orleans Saints. After dominating the first three games, they were stymied by a fierce defense. Before that game, our Michael Strawn and Tom Ryle had a few concerns. Now, with the 3-1 Green Bay Packers rolling in, they have a few more.

Michael: Well, my biggest concern is the offensive line. Bob Sturm and several of the video analysts showed the Cowboys repeatedly ran the ball into 6-man fronts – which is exactly what you want. An average running team should be successful running against six men. A team that has invested as much as the Cowboys have in the OL and running back position should be ripping off huge chunks of yards in such situations.

Instead, the Saints’ group flat out dominated the Cowboys run game. That simply cannot happen. Watching Conner Williams struggle is one thing. Seeing Travis Frederick and Zack Martin getting beat physically and also blowing assignments – this team simply will not succeed with that happening.

Tom: We are certainly on the same page here. The way the line got manhandled was by far the most disturbing thing about the loss to New Orleans. Now Tyron Smith is out for at least one game. Cameron Fleming is really good for a swing tackle, but just about any player in the league is a downgrade from Smith. And with La’el Collins sitting out practice, the line was a real jumble. They can no more afford Collins to be out than Smith, as he is possibly had the best start to the season of all of them.

Having said that, I do not think the Packers have nearly as formidable front seven as the Saints. They ain’t no pushovers, but I think that even with Smith out, the Cowboys can get their issues fixed.

Pass protection is key, of course, but the thing I really worry about is getting the ground game back on track.

Michael: I agree I’m not ready to declare the offensive line a “problem”. I’m surprised to see it happen when you consider the pedigree of the group. They know they need to improve and I imagine they will. Another poor performance? I might be singing a different tune.

I also have to say Zeke is making me scratch my head. I saw a stat somewhere that he has only one broken tackle on the season. Elliott isn’t the kind of runner who makes defenders miss so you’d think he’d have a bigger number there. Now, I can’t recall where I saw that and “broken tackles” is one of those judgement calls and Zeke has seemed like the same ever productive runner he’s been throughout his career until the NO game. But I expect to see a foaming at the mouth Zeke on Sunday.

Beyond the running game, is there anything else you saw Sunday that gives you pause?

Tom: I do admit that I want to see Elliott show us he is the dominant runner we need as well. But given the way he was being run straight into the teeth of the New Orleans defensive front, I think we need some more information on that front before we get too concerned.

And that is the next thing that has me just a tad concerned. After the first three weeks, Kellen Moore looked like a world beater at OC. But there was just about nothing of that dynamic offense against New Orleans. The stubborn, ineffective way they used Zeke was just the start of it. They really went very conservative on the run/pass distribution, which was especially frustrating after they had two successful first down passes to start the game. But then they just slammed Elliott into the line time after time to start series, and the results were depressingly predictable as the Cowboys stalled out drive after drive.

But there is one hopeful sign, and that was the touchdown drive, which looked an awful lot like all the other third quarter drives the team has had so far this season. And it showed that Dak Prescott really wasn’t the problem. So like with so much else, we have a lot to watch for against the Green Bay Packers.

Micheal: I wonder how much of that was Moore simply thinking he had a numbers advantage in the box, stubbornness on his part or maybe Jason Garrett wanting a conservative approach?

We haven’t discussed the other side of the ball. And while it wasn’t perfect, it’s hard not to be excited about Robert Quinn. PFF ranks him number one in edge “win rate” and that certainly aligns with the eye test. He’s looking like the 14-sack pass rusher from years ago. Add Maliek Collins playing the best we’ve seen from him and DeMarcus Lawrence and I’m again excited about the pass rush. I will be curious to see if a Cowboys pass rush can finally live up to the hype.

Tom: The defense was certainly the strongest part of the team on Sunday. Outside of letting the Saints extend a few too many drives, they were about as stout as you could hope for. Anytime you force the opponent to settle for a field goal on four out of four red zone trips, you are doing something right. They were why the game stayed so close, and there was a real chance the Cowboys could win it right up to the end. Although Leighton Vander Esch got bested by Alvin Kamara a time or two, it was more of a draw, as Bob Sturm put it. And against a back like Kamara, you can’t hope for more than that. However, Aaron Rodgers is still the Green Bay quarterback, and he has this nasty habit of pulling something special out of his, er, bag of tricks. The defense can’t let down.

Still the Packers don’t look like as good a team as the Saints. And they won’t have home field advantage. Quite frankly, I think the crowd in New Orleans got into the Cowboys’ heads a bit.

That doesn’t mean we should assume that this is automatically going to be a win. We have to see how these things play out. I still think cautious optimism is merited.

We still are going to worry a bit, I suspect.