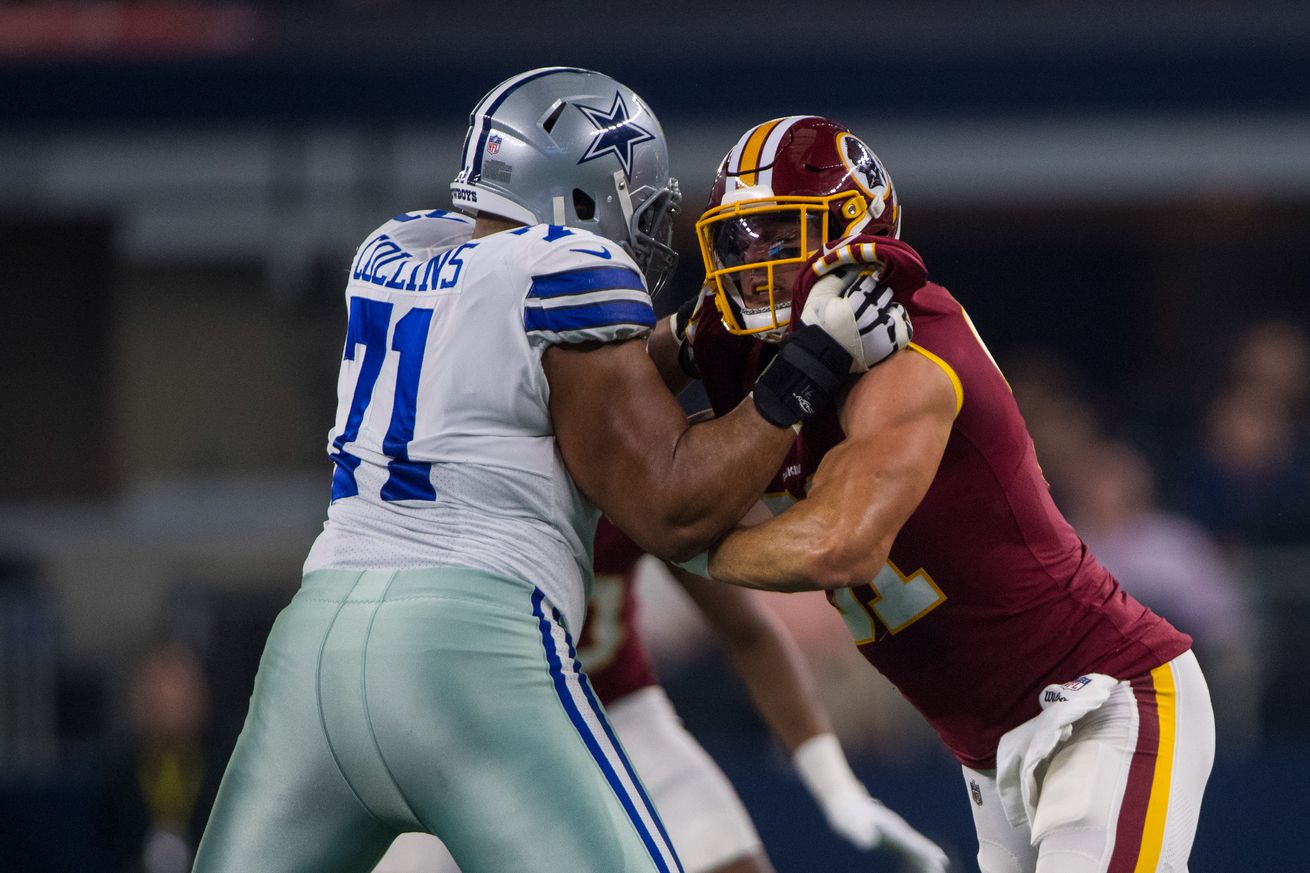 The final injury report gives us big hints as to who will play when the Cowboys host the Packers.

The final injury report has arrived and offers us a glimpse into who might be playing when the Dallas Cowboys and the Green Bay Packers engage in battle on Sunday.

As expected, Tyron Smith did not practice all week and he will miss the game. Cameron Fleming will be filling in on Dak Prescott’s left side.

The news is better around La’el Collins who managed to get back on the practice field. That could be good enough to get him on the field this Sunday as he is officially listed as questionable.

Even though DeMarcus Lawrence is really banged up and was limited at practice all week, he is going to play. Likewise, Zack Martin, who is nursing a back issue, will play.

Tyrone Crawford is possible to make a return this week; his versatility would be welcome on a defensive line that is starting to hit it’s stride. He is listed as questionable as is Antwaun Woods. Michael Gallup is questionable but seems like he will play after practicing all week.

Other players who are coming off injury look to be fine like Amari Cooper and Xavier Woods.

The Packers will be without some key pieces like Davante Adams and Jamaal Williams. They might also be without Kevin King which would be a blow to their secondary.